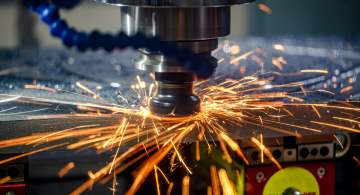 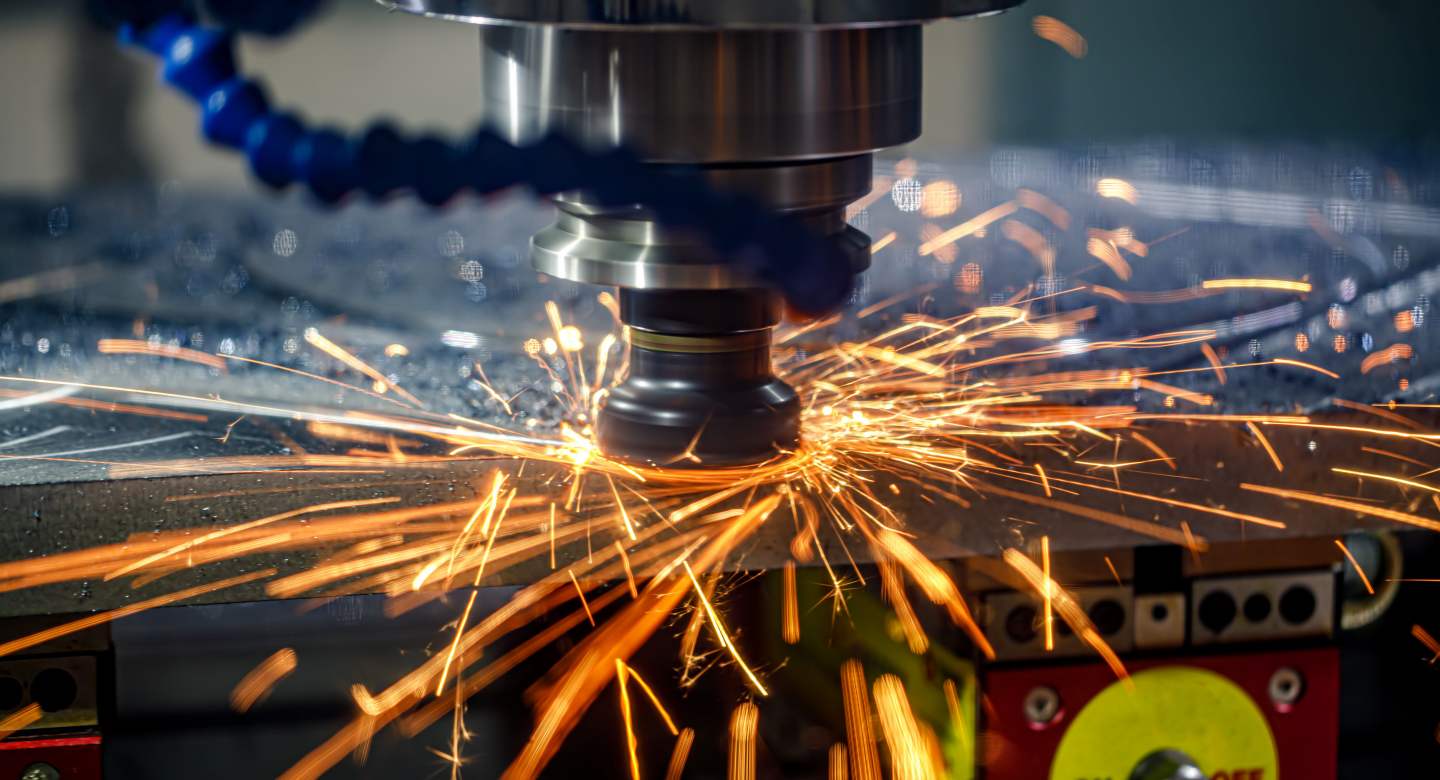 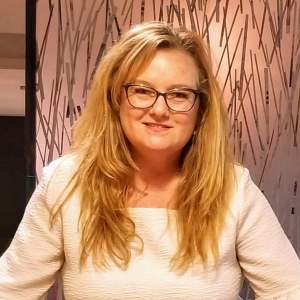 SMEs in the manufacturing sector need government support in order to implement technology adoption at the appropriate rate. With the acquisition of more resources and talent, manufacturing businesses will become more resilient and competitive, thus benefiting our local supply chains.

Tell us about the ReMAP Network.

The REMAP Network actually stands for Refined Manufacturing Acceleration Process and we are a technology accelerator.

That is really what we want to leverage in Canada because there is a global economy and other countries are leveraging these technologies.

What are the opportunities for the Canadian manufacturing sector going forward, especially post-COVID 19?

“Canada needs to build its manufacturing capacity back up and increase the industry’s 10% GDP contribution to a higher number.”

COVID-19 has shown us the fragility of our manufacturing supply chains in Canada. We did have discontinuities. For example, we could not find labs to perform blood testing or parts to design our own ventilators. We also could not find antimicrobial materials in our geography and had to import them from other places. We are still experiencing a parts shortage globally. Canada needs to build its manufacturing capacity back up and increase the industry’s 10% GDP contribution to a higher number.

Where does Canada stand in terms of digitally transforming our manufacturing sector?

Smart manufacturing is the optimization of existing assets and the investment in transformer technologies to improve products and processes. The process involves asking when to automate, where data needs to be collected and when one should prototype digitally versus physically.

“Technology adoption is not one-size-fits-all—there is a different answer for different companies.”

What ReMAP Network tries to do is design a blueprint for these companies to see where they have gaps. Technology adoption is not one-size-fits-all—there is a different answer for different companies. We have done this for over 450 different SMEs and the blueprint is different for each one of them.

One of the reasons manufacturers want to adopt technology is because they just cannot find talent. The average age for a welder nowadays is 55 and companies that need to do welding just cannot find the skill set. There are companies that are now revolutionizing and disrupting welding by automating it. One example is Novarc Technologies out in British Columbia. They built a spool welding robot which basically does a collaborative robot partnership with a welder. This means the person working with the robot now needs to know more about data, computers, programming and vision systems than they need to know about welding. This is disrupting the industry by making room for more meaningful work at SMEs and changing the image of manufacturing.

One challenge is the investment needed for tech adoption. Investing in hardware is a big leap for SMEs and the machines are very high priced, sometimes between $500,000 to $1 million, though these machines do last for as long as 20 years. However, the software that the machines run on may change every six months.

Right now, there is not a lot of data but our REMAP estimate is that 97% of manufacturing companies in Canada know that they need to adopt new technologies but only 16% of them have a plan. Other countries such as Germany have plans where every industry has been mapped and the gaps have been identified. They have proactive plans to increase technology adoption and digitization, especially industry 4.0 adoption. Canada needs to catch up to that in terms of even just being aware that we are behind.

What needs to be done and by who to increase tech adoption among Canadian manufacturing businesses?

Canada needs to do two things to increase the adoption of technology. First, technologies need to be de-risked so that SMEs in Canada can afford to implement them. Government can help to de-risk through partnerships with organizations such as the National Research Council of Canada Industrial Research Assistance Program (NRC IRAP) or other provincial programs where technology investment can be the focus.

Secondly, the provision of skills and support is needed to make tech investments successful. We need to provide advisors or mentors and also help companies reskill existing talent and acquire new talent. There are government programs such as Mitacs that can do that but I also look to industry for education programs and to individuals for continuous learning. Individuals should look out for trends in the industry and learn how to keep their jobs relevant. Technology is changing at an exponential rate but the rate of tech adoption is linear.

How do our supply chains have to be redesigned to increase the security of our domestic production capacity?

“Canada needs to diversify its supply chains in terms of geographic diversity as well as industry diversity.”

The first two points are around other supply chains. Canada needs to diversify its supply chains in terms of geographic diversity as well as industry diversity. For example, a nuclear lab might also be able to do blood testing for COVID-19. Another suggestion is the sourcing of multiple suppliers. We should not rely on single sourcing anymore but on the dual and even triple sourcing of parts around the world.

Then longer-term recommendations relate to Canadian supply chains. Canada needs to create new domestic suppliers instead of relying on suppliers outside of Canada. This may take some time in terms of regulatory standards and the qualifications and certifications of those new standards for suppliers. The last point is the idea of “made in Canada” solutions. This means conducting product design and manufacturing here. We need to design our own products and manufacture those products in Canada. Increasing automation and robotics can make the cost of manufacturing more competitive in Canada.

Overall, developing our supply chains from idea to market to manufacturing means we cannot think in silos anymore. We have to work together from academic research to government and industry, all collaborating together to create supply chains not just for making prototypes but for volume manufacturing.

What has to be done to support more women entering the manufacturing sector?

A government report recently mentioned that there will be a gap of 60,000 advanced manufacturing jobs in Canada over the next 10 years, and 24,000 of those jobs will be targeted towards women. The challenge now is how to attract women to those jobs and how to market these new jobs to them.

I found a quote from Rockwell Automation that said, “What we have is not a manufacturing problem; it’s a public relations problem. That presents us with an opportunity because image problems can be solved more readily than fundamental manufacturing problems.” We need to elevate the perception of manufacturing jobs as careers that create products and processes that make the world better. The World Manufacturing Foundation has done a lot of work in terms of changing the image of manufacturing.

“Younger employees, including men under 40, have higher expectations of gender diversity at all levels within companies.”

Diversity will create a stronger workforce and so having of everything in the manufacturing workforce will be great. Younger employees, including men under 40, have higher expectations of gender diversity at all levels within companies. Involving men as well as women in creating a diverse workforce will attract more talent and we will not have that 60,000 job gap.

Who and what would you pitch to make Canada a leader in advanced manufacturing?

I would pitch the Minister of Small Business, Export Promotion and International Trade and the Minister of Innovation, Science and Economic Development. SMEs make up 99% of Canadian companies, 90% of all jobs in Canada and 85% of new jobs in Canada, but they face a technology gap. Canada has a strong academic, startup and entrepreneurial ecosystem as well as the development of great research ideas, but we need to translate them into economic benefit. SMEs are the engine of that transformation. We need to educate SMEs and the government should give them the same benefits as multinational companies, as well as the resources and talent they need so they can take on greater risk, understand technology and business opportunities, pivot to new sectors, export to new markets, create local resilient supply chains and innovate without fear of failure. 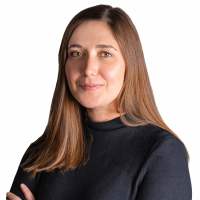 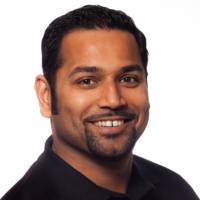 Bio: Irene Sterian is the President and CEO of ReMAP Network. She is also the Director of Technology and Innovation Development at Celestica as well as a member of the Board of Directors at the Ontario Society of Professional Engineers. From 2017 to 2018, she was the Acting CTO of NGen Canada, Canada’s Advanced Manufacturing Supercluster in Ontario.

Organization Profile: ReMAP Network is a technology accelerator and network made possible through Canada’s Business-led Networks of Centres of Excellence program. The aim of the network is to bring small and large industry partners, research organizations and academic institutions together to build a product enablement supply chain for growth and innovation.