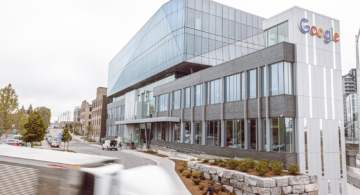 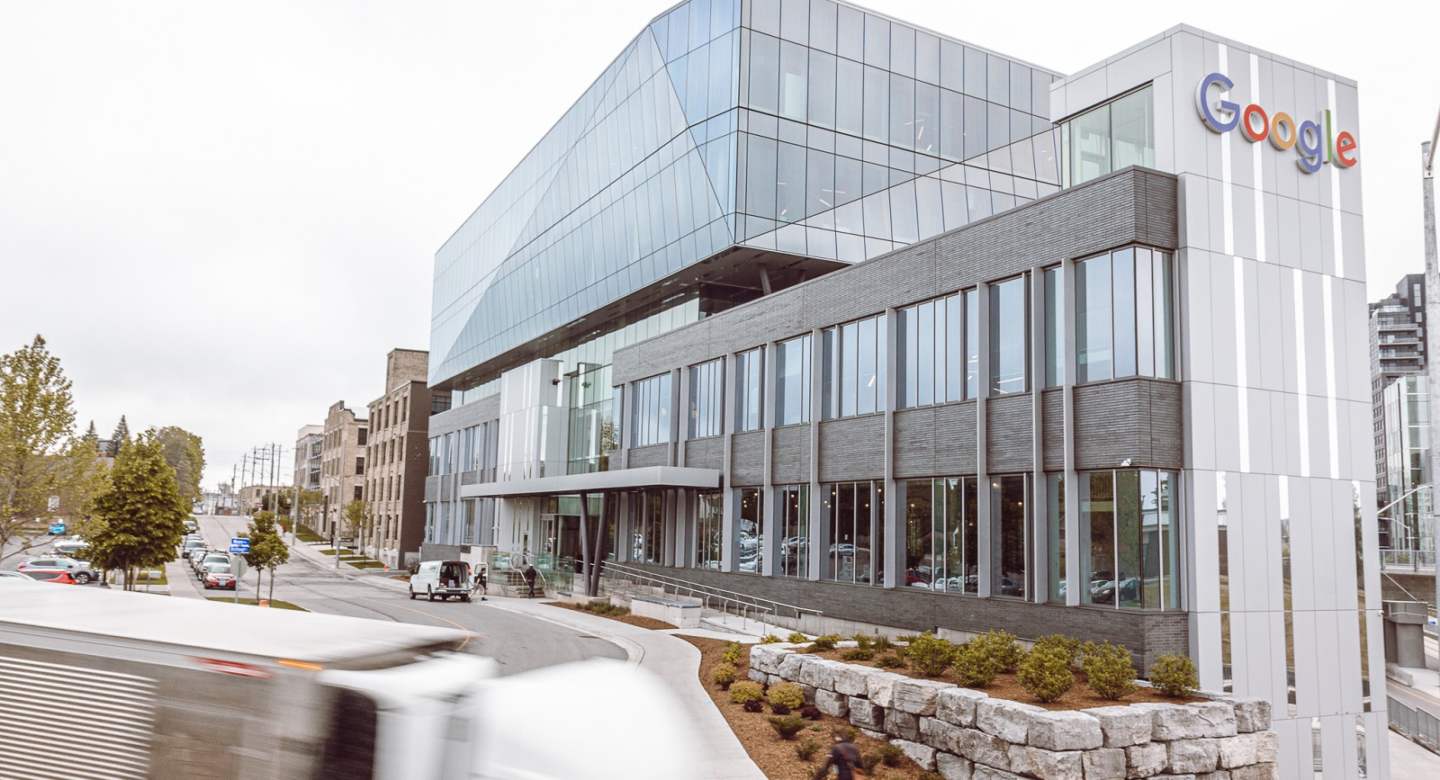 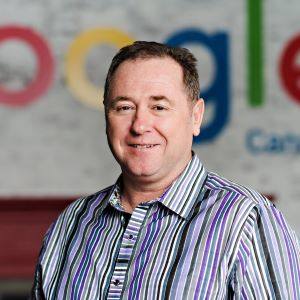 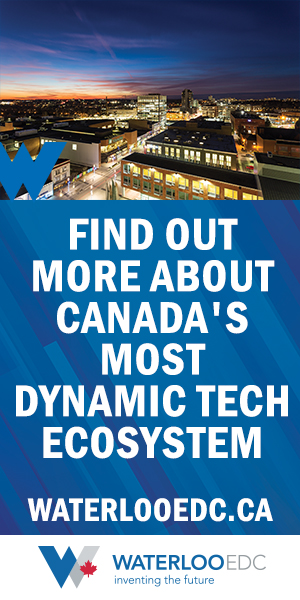 Attracting talent to Canada and retaining that talent is key to Canada’s success in the tech realm. With the amount of education and innovation coming out of our universities, we will be able to train the next generation of tech innovators. Strategies to attract more students and retain them after graduation will help determine the impact of that payoff.

What are Waterloo’s competitive advantages for attracting foreign direct investment?

Waterloo is a very interesting community and Google is here for the same reasons that many other tech companies have been here over the years. Waterloo has an astounding array of education in engineering, computer science, and mathematics. It has the largest computer science and computer engineering school in the world by the number of students, and one of the highest in terms of quality of undergraduates on a par with or in some categories better than schools like Massachusetts Institute of Technology (MIT), Carnegie Mellon University, and Stanford University. It attracts talent from all over the world and much of that talent stays in Canada and and it comes from all across the country as well. I myself am from Saskatchewan and I eventually came to this community at one point in my life because of that. That is one aspect of it, which is complemented by a business school of very highly quality at Wilfrid Laurier University, so there is a real rich and diverse array of students across the spectrum here. That really sets up the community for success because you cannot build tech companies without a steady stream of tremendous talents, and Waterloo has that.

“You cannot build tech companies without a steady stream of tremendous talents, and Waterloo has that.”

The community also has this really unique aspect of coopetition amongst the people in the community. This is most exemplified by the organization Communitech, which is basically a rallying point for the tech companies, cities, regions, and the governments of Ontario and Canada to work together to address the problems or the opportunities that come from the community. There are plenty of great stories around that.

The day I arrived in Waterloo from California, where I was for 12 years to lead Google, I received a call the same day from the head of Communitech, Iain Klugman, asking me to dinner. I went on Sunday night, literally the second day I was in town. I met the president of the university and several CEOs from the larger companies in town and I was asked within five minutes of getting my first glass of wine, “What is Google going to do for the community?” That is the kind of thing we do. I meet with many Silicon Valley companies on behalf of either Communitech or the tech community and talk to them about why they should be here. There is no “us” or “them” opinion here, it is, “How do we all work together to build this community?” This is quite a novel thing compared to many places in the world, and very similar to how Silicon Valley originally started in California. 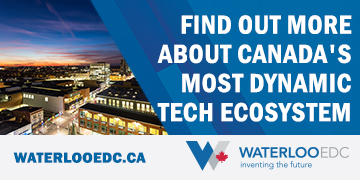 What are the benefits of being a mid-sized city for Waterloo?

Silicon Valley had this for many years. In fact, some Silicon Valley historians have come here, Steve Blank, in particular, who I have met with and who talked about this to us said that this is a very unique aspect of the community that we really want to preserve, and so we work hard to preserve that. We often spend time explaining what makes the community amazing to newcomers and once they understand how important it is to give back, engage with the university and internships, fund research, and work together on community initiatives like transit or bike lanes, they realize that it is worth working together to make things better. People like that because if you think of our community here, we have less than a million people in this tech region overall, including Cambridge and everything else, but inside that million people Waterloo has the highest density of startups outside of Mountain View, California, in the world.

“Waterloo has the highest density of startups outside of Mountain View, California, in the world.”

There is a denseness to it and a collaborative aspect, which creates this dynamic environment that has incubators, venture capital availability, and a high number of very high quality startups that are often incubated in California through organizations such as Y Combinator and then turned around to come back and build their teams and companies here. Waterloo’s startup ecosystem has become a world brand that people understand. People in California understand Waterloo and what it means and when I say Waterloo, I mean the Waterloo region, of course. The region has become a bit of an accelerator. People know about it and people have always attracted talent from here, but now they understand that not only is this region a great place to be but that Canada is great place to be because of its forward-looking immigration policies around tech, et cetera. There are a lot of great things here.

How would you characterize Canada’s artificial intelligence and machine learning ecosystem?

This is a huge opportunity for us. We are constantly advocating for more integration of machine learning as part of a core computer science and computer engineering degree set, and increasingly that is becoming true across the University of Toronto (U of T), the University of Waterloo, and the universities in Montreal as well.

The more we educate our core population on what can be done with these tools and what we are capable of getting done in the coming years, we will generate an ecosystem of entrepreneurs in Waterloo that will do truly outstanding things.

We are in a very strong position for this, and it is important that we continue to find ways of being creative in not only attracting people to be educated here but in finding ways to encourage them to remain in Canada, whether that is in Montreal, Toronto, Alberta or in regions like Waterloo, to help our ecosystem grow. The opportunities are amazing and we are doing a really good job at the moment of making it possible for people to build these kinds of companies here.

How could we improve in artificial intelligence to strengthen Canada’s leadership globally?

There are obviously more things we can always do. Institutions like Vector Institute, which Google is a co-investor in with other companies and government partners, is a great example of how we can find ways in partnership to create environments where ideas can be created and transitioned into companies easier, such as things like the University of Waterloo’s intellectual property program, where they allow people who produce intellectual property as part of their education to actually remain owners of that. For example, if you are PhD student at the University of Waterloo and you make a groundbreaking breakthrough, you own that breakthrough. The university can become a partner if you want them to in helping you monetize it or helping you build companies and that is fantastic. There are a number of programs that they offer, for instance, and the University of Toronto has similar but different ones. These kinds of programs are enormously impactful over the years. The Vector Institute is not part of the university but it attracts other kinds of researchers worldwide.

What would you say to international investors to convince them to invest in Canada?

It is challenging during this time and so we have tried to be supportive of organizations in Ontario and wherever we are in the world, but certainly here, with our local hospital communities and local epidemiology communities, and we have made Google resources available wherever we can. With that said, we are part of a community, province, and country that is going through some challenging times. There is also this upheaval in the United States with immigration becoming a real challenge for companies. We have seen a huge influx of people from the United States who worked there but no longer can, who are switching their focus to Canada in not a temporary way but in a permanent way, moving their lives, families, and futures to our country, and this is hugely advantageous for us.

“First and second generation immigrants to countries are often the core innovators.”

This is something that hopefully we can continue irrespective of what the United States does, to keep making Canada an net-attractor for tech talent and families that will then go on to do all kinds of things outside of the tech community in the coming years. There are these trends, which we are all very familiar with in the tech world, where first and second generation immigrants to countries are often the core innovators. If you look at someone like Tobias Lütke of Shopify, he is an absolutely perfect example of this, or Larry Page and Sergey Brin at Google. Seeing Canada as having that kind of inbound talent is a huge thing for us. At the end of the day, the COVID-19 pandemic is horrible and disruptive, and it will continue to be that way for some months, but as they say, we will all get through it. We are fortunate to be able to live in a country that is going to come out looking very good at the end of this pandemic. We have to rely on our governments to help us get to that point. 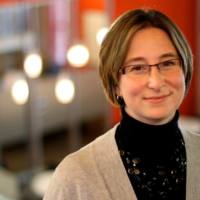 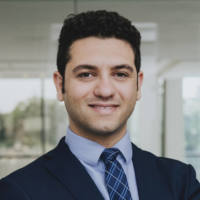 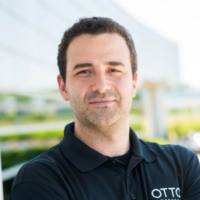 Bio: Steve Woods is the Senior Director of Engineering as well as the Engineering Lead for Google Canada. He is responsible for building, leading, and directing engineering teams for a variety of projects at Google, as well as representing Google in Canada. Prior to Google, he has had extensive experience in a number of startups. He has a doctorate in Computer Science from the University of Waterloo, where he also completed his Master’s degree.

Organization Profile: Google is a multinational technology company that specializes in Internet related services and products, such as their titular search engine, cloud computing, software, online advertising, and hardware. It is one of the Big Five technology companies. Google.com is still the most visited website worldwide. Google first opened an office in Canada in 2001, with its largest research and development office being situated in the heart of downtown Kitchener.