Skip to content
Part of Tech: Back on Track Series presented by 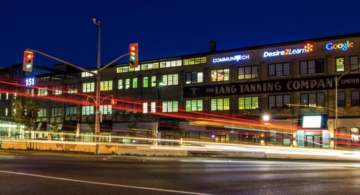 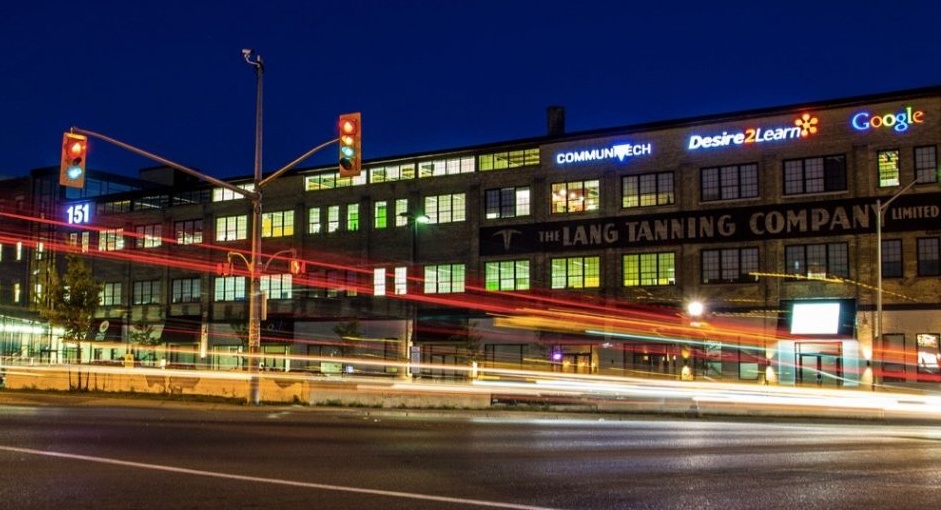 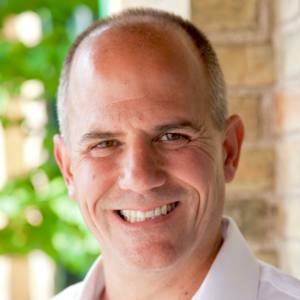 Canada’s tech sector is standing on the cusp of a 20-year overnight success story. We have a small window of opportunity to build significant global companies that will become Canada’s anchor companies for the coming 50 years. To capture the imagination Canada holds and make a real impact on the world, I urge the tech ecosystem, industry leaders, governments and academia to endorse, support and help high potential companies innovate to win the global race.

How would you describe the power of the entrepreneur-driven economy, and its ability to deliver big results for Canada?

Entrepreneurship is a willingness to be fired; it’s a willingness to fail, and it’s a belief in the ability to create one’s own journey and figure things out along the way. Not everyone should be or can be an entrepreneur. I like to describe entrepreneurs as people whose brains work differently: it takes a special individual to embark on a crazy journey into the unknown.

Today, entrepreneurship is more important than it’s ever been. With new technologies emerging, traditional markets digitizing and personal employment trajectories evolving, entrepreneurship is essential to building and reinventing the Canadian economy. It takes people who are crazy enough to bet on opportunities and go for it. That’s how Canada will remain competitive.

All the elements are in place: Canada holds extraordinary talent and a series of world-class ecosystems that support startups, scale-ups and large corporations. This is our time to leverage our strengths, facilitate innovation and notch some big wins globally

Innovation is about creating the future. Whether innovation comes in the form of a technological breakthrough or a new business model, it will ultimately create wealth. So, we need to get better at innovating inside our existing economies and compete in the space of emerging technologies. Entrepreneurs are also key to taking on big societal problems and engineering solutions. We need to engage and support the Canadian entrepreneurship ecosystem to tackle the world’s most pressing problems, from climate change to fake news.

Earlier this year, the True North conference focused on Tech for Good. As Canada holds strong positions in artificial intelligence (AI), machine learning and quantum computing, we have a responsibility to lead the conversation on the intersection between technology and humanity, and the implications of the tech Canadian entrepreneurs are creating. During this past year’s conference, the Leaders Prize was launched to encourage Canadian entrepreneurs to work together to use AI to solve the problem of fake news.  This is the kind of role entrepreneurship needs to play in our changing economies. Entrepreneurs spend their days thinking about big global challenges and how to activate solutions.

How would you characterize the importance of the tech sector in Canada’s future economy?

Although these are two different perspectives, there is a confluence occurring in how people perceive a tech business. Because everything is becoming digitized, large corporations around the world have started their digital transformations and are being reinvented.

“The Canadian tech sector needs to think about how it can support existing companies in their digital transformations as they reinvent themselves, and to help them innovate better and faster.”

So, the Canadian tech sector needs to think about how it can support existing companies in their digital transformations as they reinvent themselves, and to help them innovate better and faster.There is no silver bullet to reinvent all companies, but there is buckshot, recognizing there are many different companies requiring many different approaches. The tech sector needs to get involved and look at what technologies will work best for the banking and mining industries, for example. Most importantly, we need to figure out how to export the best banking technology and mining technology in the world. That’s where the margins are.

Canada has been blessed with all kinds of natural resources and these will continue to play an important role in our economy. But that role will evolve and the focus now should be on diversifying the Canadian economy by focusing and backing startups and entrepreneurs who are testing new business models and products. We must focus on facilitating innovation that will drive success for other Canadian sectors.

Communitech’s mandate is to help tech companies start, grow and succeed. What are the most significant barriers to success you identify for Canadian entrepreneurs, and your advice on how to solve them?

The government has come a long way in building a strong risk capital ecosystem by making large and bold investments. However, there are still some gaps in raising capital for early-stage companies. For Canada to increase its chances of success in tech, these gaps must be closed.

Another barrier is our lack of experience in growth. One of the most detrimental setbacks the Canadian tech ecosystem faced was the loss of its anchor companies in the telecom networks industry. Canada used to have some of the largest telecommunication network companies in the world. In the past, these anchor companies spun out new ventures and attracted talent. And the failure of leading Canadian network companies to stay at the top of their industry when technologies and markets changed has impacted Canada’s capacity to scale.This, combined with the fact that most entrepreneurs in Canada are first-time entrepreneurs and do not have a full cycle under their belt, means we lack valuable growth experience.

“As soon as they have a working product, Canadian businesses should hire salespeople on the ground in the U.S. and around the world to sell it. That is how a business grows.”

So, it’s as if our entrepreneurship ecosystem is starting over from 2001. We had a collapsed funnel from a technology perspective, and we have been building it back to where we are today. Almost 20 years later, we have rebuilt and several companies are on the verge of popping, and close to reaching $100 million in annual revenue. It’s expected that these companies will inject significant new capital and  valuable experience back into the Canadian tech ecosystem.

Lastly, another barrier for some tech entrepreneurs in Canada is their own mentality. They think small about the markets they go after. Canada is too small a market. Entrepreneurs should always think about the United States and the rest of the world. Canada is blessed with more trade agreements than any other country. So, my advice is that as soon as they have a working product, Canadian businesses should hire salespeople on the ground in the U.S. and around the world to sell it. That is how a business grows.It’s not about finding the next unicorn and market capitalization. It’s about revenue. Sales solve all problems; the faster a business reaches international markets, the faster it hops on a high-growth curve.

Communitech operates in Waterloo, which is a global tech success story as the second-largest technology cluster in North America and home to 5,200 startups. To what do you attribute the exponential growth of the Toronto-Waterloo corridor?

“How do we achieve something bigger?” That question has been the major driver of the Toronto-Waterloo corridor success story. The ability to innovate is the secret sauce of business success. But to achieve something bigger, we knew we were too small as separate ecosystems on our own. So, we made the real commitment to collaborate. We started by developing a roadmap to establish the network—which we changed about a thousand times. No good strategy survives its first contact with the enemy.

There was and still is a lot of work going on. Our goal was to put innovative entrepreneurs under the microscope, examining if their best practices, guiding principles and lessons could be further developed, deployed and applied across the Toronto-Waterloo region. It’s about applying the “Own the Podium” strategy, which Canada used during the Winter Olympic Games in Vancouver. That year, Canada won more medals at the Olympic Games than ever before.

“We can’t be a country that depends on one hero to take on the world. We have to focus on developing five or six major world-class innovation ecosystems across the country. From there, we will move the needle.”

Part of the reason Canada has failed, so far, in some aspects of its global tech success story is that it has relied on just the “one” company, community, city or industry. And this needs to change. We can’t be a country that depends on one hero to take on the world. We have to focus on developing five or six major world-class innovation ecosystems across the country. From there, we will move the needle.

My advice to tech ecosystems is to move beyond keeping score on who’s ahead in Canada. Rather than fragment our efforts, let’s collaborate. This focus will lead to even more new businesses, solutions and revenue streams.The more we can figure out how we can help each other be successful, the more we can take on the world, regardless of our size.

What would you like to see our federal and provincial governments, industry leaders, and academic leaders do to support the growth of new and established Canadian companies?

First, every time there is a mention of the necessity of a national strategy, my instinct is to run in the opposite direction because it ends up not having an impact. What we need are big ideas and to facilitate the innovation process. And for this, we need to think big ourselves. Since the 1970s, we have been talking about a high-speed rail line between Windsor and Quebec City. Let’s kick this project into gear. Next, let’s build high-speed rail between Edmonton and Calgary, and between Vancouver and Seattle.

“Aiming for bold plans that will capture the imagination Canada holds to make an impact on the world is a responsibility that falls on all of us: the tech community, governments, academia and the business world.”

Aiming for bold plans that will capture the imagination Canada holds to make an impact on the world is a responsibility that falls on all of us: the tech community, governments, academia and the business world.It should be easy to spot 50 to 100 companies across Canada that have momentum and the potential of reaching $100 million in revenue. As a country, we need to think about how to establish our national competitiveness. It’s vital to endorse and support high potential companies and work across industries to see where collaboration can take place and bring innovation to market.

Over the last 20 years, there has been hard work and investment undertaken by governments of all stripes in building a strong set of entrepreneurial and innovation ecosystems across the country. Now is the time to reap the return on investments in this collective work. It took Canada 20 years to catch up, and there will be major success stories in the years to come. So, the best thing to do is to fuel the momentum and get behind high potential companies who are about to have major innovative breakthroughs. 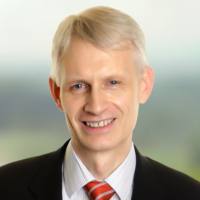 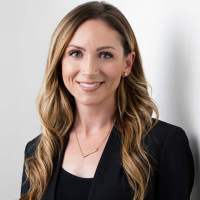 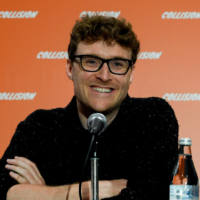 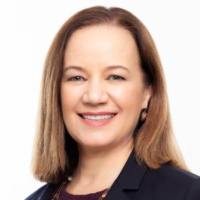 Iain Klugman is the President and CEO of Communitech. He has overall responsibility for operations of the organization that includes: regional, provincial and national mandates, innovation programs for companies at every stage and a national focus on digital media and mobile computing with leadership of the Canadian Digital Media Network.

Communitech is one of the leading tech support organizations in North America with a mission of helping tech companies start, grow and succeed. Located in its innovation centre in the Waterloo Region, it supports a community of over 1,400 tech companies—from startups to booming mid-sized companies and large global players.