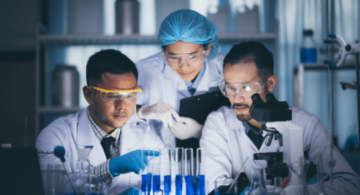 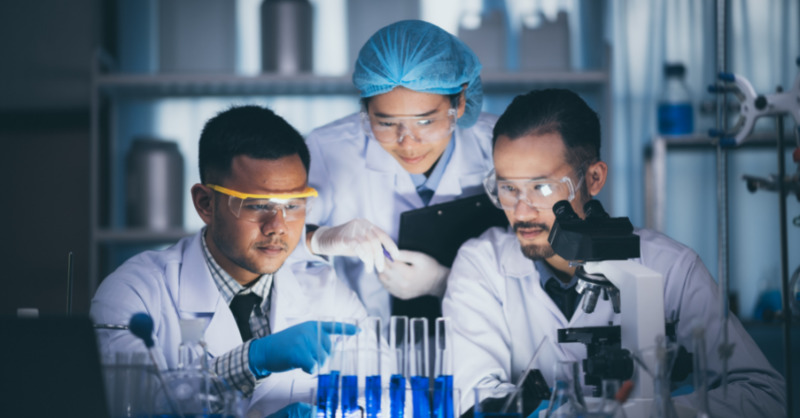 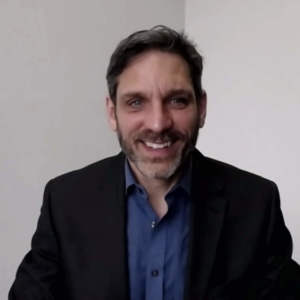 The life sciences industry in Quebec City is booming thanks to the ease of collaboration within the city, bolstered by the government’s efforts to support companies and research. The city is a great place to start a business and to invest in the healthcare sector.

The first thing that comes to my mind is the people. What characterizes us as a people is that we are a minority—I am speaking more about Quebec as a province and not necessarily about Quebec City here.

As a minority, we are used to adapting to other cultures, and that is interesting for foreign investors because we are in between Europe and the US. We are born adapting to other cultures and most people who have higher education are also bilingual. For example, I was working for an American company based in San Diego, then I was relocated to Oxford in the UK, and we had subsidiaries in Quebec City, making it a triangle. The team in Québec City was the one making the connections between the Americans and British even though they both spoke each other’s language, English. In Quebec, we are able to adapt to different cultures as we always do, being surrounded by the English speaking world. That is the first thing that comes to my mind.

Besides talent is the notion of teamwork. In the Province of Québec, we have very harsh winters and we are used to challenges and coping with those challenges as a team. One thing I noticed during my career working in various cities around the world is in Quebec, achieving a goal together as a team is something that really characterizes us. It is very good for an investor to be in a place that has strong teamwork.

“It is easy for Quebec City to attract top talent from abroad because the quality of life here is amazing.”

On top of that is the city itself. Speaking for myself, Quebec City is one of the greatest places to live. I have lived in Lausanne, Geneva, and Oxford, and I chose to come back to where I was born and raised, to Quebec City. It is a UNESCO World Heritage site and has one of the lowest crime rates in the world. It is easy for Quebec City to attract top talent from abroad because the quality of life here is amazing. 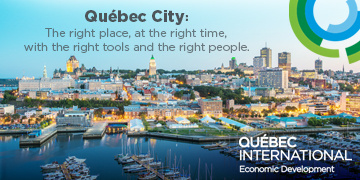 What is behind Quebec City’s strengths in the life sciences?

There is something happening right now in Quebec City; it is booming. Ten years ago, there were a few startups and big companies in the life sciences in Québec, but now there is a lot of investment. One example is Medicago, a company that works in vaccines and therapeutics made out of plants rather than biological elements. They used to be a startup from Université Laval, and they grew to a point where they were acquired by a Japanese company. That Japanese company kept the research and development (R&D) and management in Quebec City, and they invested so much. They are building a huge manufacturing complex that is close to a healthcare hub. Quebec City is really booming in terms of healthcare and this is good for us at Icentia. Icentia chose to stay in Quebec City because we get to be part of a growing ecosystem. At the other end of the spectrum, we have a bunch of small startups that are booming and benefitting from the experiences of larger companies.

“Ten years ago, there were a few startups and big companies in the life sciences in Québec, but now there is a lot of investment.”

Something very typical to Quebec City is the notion of a small village, in the sense that the relationships between the various actors in Quebec City are much easier to facilitate than in a larger city. For example, we are partnered with the Institutit universitaire de cardiologie et de pneumologie de Québec (IUCPQ) since the very beginning. We showed up in their headquarters in 2012 as a two-person company at the time. We had the idea of an ECG recorder to solve an issue that they were having in the hospital. We were immediately welcomed and we were able to figure out together that our product worked as a solution for them. We then got them involved in a research trial to test the efficacy of our system. We got money from the Quebec Heart and Lung Institute Foundation as well. There is an ease of doing business because of the size of Quebec City. All companies know each other and there is a lot of networking between CEOs and entrepreneurs. We are always helping each other so that makes Quebec City very unique compared to larger cities like Vancouver, Toronto, and Montréal.

How would you describe Quebec City’s life sciences ecosystem?

I am on the board of a cluster called Québec VITAE, which is part of Québec International. Our role is to put all the actors together. The actors are not only the companies but also research centres, healthcare institutions, and the Ministries of Economy and Health. On one hand, you have big companies like Medicago, Becton, Dickinson and Company, and GlaxoSmithKline, and on the other hand, you have small companies like Icentia used to be, and they are all working together. We also work with Université Laval, research centres, and university hospitals. All of the actors in the Quebec City life sciences ecosystem are very well connected and that makes us very powerful.

It comes down to the creative mindset we have in Québec. You see it in culture but also in the sciences where our people are used to differentiating themselves from larger countries—that is very typical for our culture. We are born innovating and we have a lot of success. If you think of Bombardier, its root was a guy who had an idea and built something that became revolutionary. The people you work with here bring that sense of creativity and uniqueness that is usually more typical of major companies, and so it is challenging for us to put ourselves at the level of multinationals.

“All of the actors in the Quebec City life sciences ecosystem are very well connected and that makes us very powerful.”

The ease of collaboration is absolutely exceptional in Quebec City. When I started Icentia, we showed up at the Québec Heart and Lung Institute with a piece of cardboard with a mock-up of what would become CardioSTAT, which is now sold across Canada and the UK. At that time, we only had an idea and a concept, but we showed up in front of the Director of Phthisiology, who then introduced us to 10 cardiologists who all got into the venture and really helped us. This is based on the fact that Québec City is a small city so it is really easy to do business with various partners.

How welcoming and supportive is Quebec City’s business ecosystem to foreign investors?

Quebec City is beyond receptive to foreign investors, and we are working hard to promote foreign investment. For example, my company was launched in 2012 and we were initially financed by a group of private investors. Then, Investissement Québec entered the picture—it is a government-owned capital investor. When we reached a certain size and needed to expand internationally, we were able to get an investor from France: Crédit Mutuel Equity. We also have an investor from Belgium, which makes us a global company. The benefit for companies in Canada that welcome investors from abroad is that this investment helps them shine from a global standpoint.

Right now, we are in the middle of a very significant change in Quebec City in terms of healthcare, because things are booming and everything is coming together coherently. Large companies are investing here and they are located close to research centres and hospitals. Everything is taking place for Quebec City to become a real hub in the life sciences. All this really reinforces Quebec City’s reputation as the right place to be and I see a very bright future for my region in terms of the life sciences.

What are the government supports available for the life sciences sector in Quebec City?

There are so many programs that I will not go through all of them. I would rather answer your question about how a company can navigate its way through all of those programs. When Icentia launched in 2012, we got somebody to take care of us from the Ministry of Economy and Innovation. That is the provincial side of it.

“When Icentia launched in 2012, we got somebody to take care of us from the Ministry of Economy and Innovation.”

Then, the National Research Council also helped us find all of the programs we could apply to. Initially, we got some grants and loans and also tax credits. Any foreign investor is aware that the R&D tax credits in Canada are very generous. As soon as a company starts to become successful, both the provincial and federal governments will help companies figure out which support programs could be beneficial. The company can then go its own way afterward. Icentia became successful because of those investments and programs, without which we would not have been able to reach the level we reached. On top of that, being in Quebec City with its ease of collaboration was the key to success for us.

“There is a willingness from the city to grow in our healthcare sector, and combined with provincial and federal initiatives, this makes Quebec City a wonderful place to start or grow a business.”

From a municipal standpoint, Quebec City also has programs. We benefitted greatly from one program by the City of Québec that was very specific to health care. There is a willingness from the city to grow in our healthcare sector, and combined with provincial and federal initiatives, this makes Quebec City a wonderful place to start or grow a business. 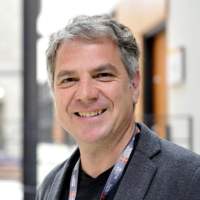 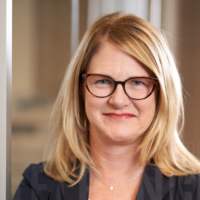 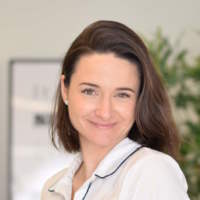 Bio: Pierre Paquet is the CEO and Co-Founder of Icentia. Before the launch of Icentia, he was the Director of Product Management for the Innovation Centre at CareFusion, a San Diego–based global corporation serving the healthcare industry. Previously, he was also the Director of Implantable Devices in the field of active neurological implants at Victhom Human Bionics. He has served in the healthcare industry for more than 15 years.

Organization Profile: Icentia is a combined medical devices and service company. They aim to provide a line of innovative medical testing solutions for healthcare institutions, working in partnership with medical specialists. They collaborate with the Québec Heart and Lung Institute (IUCPQ) for the testing of their products. Icentia’s flagship product, CardioSTAT, is a portable electrocardiogram (ECG) recorder designed for long-term continuous monitoring.