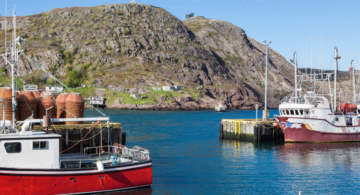 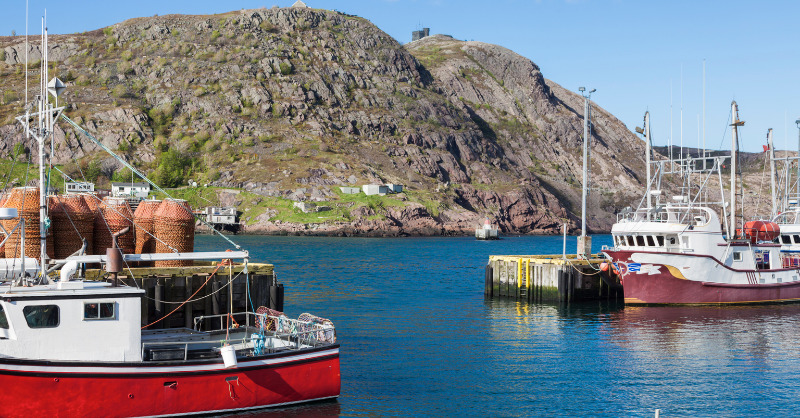 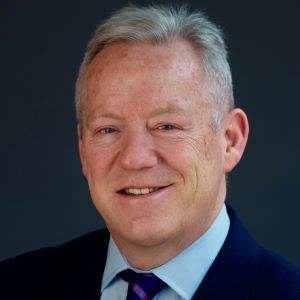 Mike Maguire
Chair of the Board - Oceans Advance 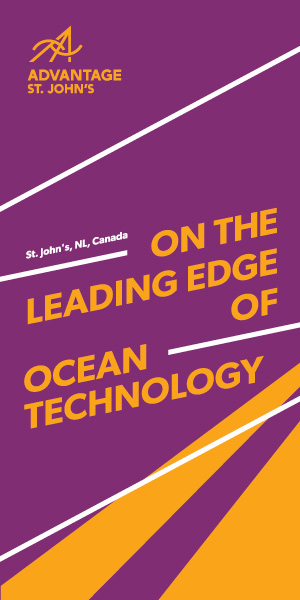 Innovators in St. John’s are working with one another and with the city’s unique environment to come up with first-of-its-kind technologies for the ocean economy. This proliferation of innovation continues to attract foreign investment and global talent to come here and be a part of St. John’s ocean economy.

What is OceansAdvance and what is your mission in Newfoundland, Labrador, and St. John’s?

OceansAdvance is the ocean technology cluster of Newfoundland and Labrador. We have our head office in St. John’s, at the National Research Council Ocean Coastal and River Engineering facility in the Memorial University campus.

We have a strong focus on oceans in our academic institutions between the Memorial University Ocean and Naval Architectural Engineering Program as well as its ocean science programs, and the Marine Institute, which is wholly focused on all things ocean technology and oceans-related.

“Most of the ocean tech startups in St. John’s that have now grown into substantial companies are doing business around the world.”

We have a number of startups that have been serving the community not just with respect to offshore oil and gas, which have been on our shores for the last 20 years, but with a focus on export markets as well. Most of the ocean tech startups in St. John’s that have now grown into substantial companies are doing business around the world in all of the oceans. There was a sense that OceansAdvance could be a place where people could come together and share ideas, challenges, and intelligence on markets and opportunities. We also want to connect the dots for innovators, scientists, academia, and business people to advance the economy here through oceans. 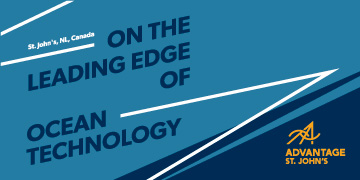 What are St. John’s key advantages for an ocean tech cluster?

Newfoundland was actually Britain’s first overseas colony and it was established based on the very rich fishery on the Grand Banks of Newfoundland. It was the fishery that sustained this province for hundreds of years. Every man, woman, and child in this province feels the ocean in their bones.

“With Memorial University funding programs in ocean and naval architecture, St. John’s has developed a good cadre of engineers who have worked all over the world.”

In terms of the community itself, we have a number of innovators here who have established companies that are now starting to gain traction globally as household names in the ocean technology industries. Companies like Kraken Robotics, PanGeo Subsea, SubC Imaging, and Virtual Marine are doing best-in-class and innovative things in the oceans. These companies have been supported all along by advanced education at the degree and post-graduate levels, as well as at the technician level. We have some very good programs going through the Marine Institute, which is also known as the College of Fisheries and Ocean Science. With Memorial University funding programs in ocean and naval architecture, St. John’s has developed a good cadre of engineers who have worked all over the world. This talent has brought back a lot of experience and insight into some of the challenges here. Engineers from around the world have chosen Newfoundland as the place to be to innovate and to advance ocean technologies and solutions for some of the challenges and opportunities ahead of us.

“Engineers from around the world have chosen Newfoundland as the place to be to innovate and to advance ocean technologies and solutions.”

Some of the technologies and solutions that were developed here by people used to working on these oceans are applicable in other regions around the world because if you can do it here safely, then it is almost a no-brainer that you can do it in other parts of the world. That is the advantage of living in a harsh environment as we do.

What differentiates the St. John’s ocean innovation ecosystem from others and what does that mean for foreign direct investment?

Even though the cluster here was formalized through OceansAdvance and Canada’s Ocean Supercluster, it was always something that was there organically. The community is small and tight-knit, giving people the advantage to act as a team on occasion or more often than not. Looking at traditional marine industries, some may think we have been a little bit slow to adopt digitalization or Industry 4.0. With that said, there is an emergence of entrepreneurs in digitization and Industry 4.0 spaces in St. John’s who understand that there is a vast ocean of data out there to be harnessed and understood through better ways of collecting and managing that data.

We also have a profoundly well-developed general technology ecosystem on the information technology side. Traditional marine and maritime industries in St. John’s are merging expertise with leading-edge information technology industries. They are looking towards machine learning and artificial intelligence and how these technologies can be applied to help people make better decisions out on the ocean to get a better understanding of what that ecosystem really looks like. That in turn sets us up to advance towards more sustainable operations. It could be targeting certain species of fish with reduced bycatch or just-in-time delivery of assets offshore, returning with minimal fuel consumption. The opportunities go on from there.

Which technological developments happening in St. John’s ocean economy are you most excited about?

The community is very well-supported at the institutional level. The city of St. John’s is very receptive to helping to promote the city as an ocean city. We have been developing talent here for generations now, not only through the universities and colleges but also through the National Resource Council Ocean Coastal and River Engineering facilities.

“The city of St. John’s is very receptive to helping to promote the city as an ocean city.”

We have the longest ice-towing tank in the world for doing tests on ships and ice. We have an ocean towing tank where we have tested hulls for the America’s Cup tournament and we have an offshore basin that allows us to do up-close and personal research on how different vessels or infrastructure will behave in very harsh environments. The Centre for Cold Ocean Resources Engineering (C-CORE) has also established expertise in remote sensing and operations in ice and other harsh environments, with a view to the north. Newfoundland has long been recognized as one of the gateways to the Arctic. The knowledge and innovation that has been derived here are directly relevant to that. It is a port of call for anyone who is thinking about conducting operations in the north or in harsh environments.

How well are the ocean economy and foreign investors in St. John’s supported by the government?

It is very well supported. Like any other industry, we are often putting our hands up to make sure that we have people’s attention. The City of St. John’s has always been a very strong supporter of the ocean industries and a long-term member of OceansAdvance. The blue economy has been at the front and centre of the Newfoundland government’s economic development strategy for many years. This relates to fisheries, which is the whole raison d’être of Newfoundland’s existence and resource extraction in Newfoundland and Labrador. Even though Ottawa is some thousands of kilometres away from the ocean, there has been a clear understanding that Canada has the longest coastline in the world bordering three oceans and there are significant opportunities there. Establishing the Ocean Supercluster was certainly one indication that the federal government is very focused on helping us move forward.

“Canada has the longest coastline in the world bordering three oceans and there are significant opportunities there.”

In terms of specific government supports that are available, there is the CanExport program that funds exporters, innovators, associations, and communities, Accelerated Growth Service, the Business Women in International Trade program which is focused on a lot of ocean tech now, Canadian Technology Accelerators, and the Canadian International Innovation Program. There is also the provincial Foreign Attraction Fund which, depending on exactly what is being proposed, has customized financial assistance and investments in the form of forgivable loans or equity. There is the Canada-Newfoundland and Labrador Job Grant that is set up to help people find their way out of the ground and get up and running quickly. We are developing more immigration programs to create a solid base of skilled workers and highly qualified people on the ground to support the growth of industry.

“There are a lot of supports in St. John’s for small companies and startups to gain global reach and increase their market exposure.”

There is a lot of support for startups through the Genesis Centre and other incubator programs, as well as through Memorial University, the Marine Institute, and other tech colleges. These supports are not just for startups but also for companies that are getting a certain amount of traction. There are a lot of supports in St. John’s for small companies and startups to gain global reach and increase their market exposure and opportunities.

What would you pitch in 30 seconds to foreign investors about St. John’s ocean economy?

St. John’s has a very highly capable workforce, professional class, and people who are innovative. St. John’s is coming up with a lot of ocean technologies that are the very first in the world. We have good political stability and your money would be very safe here. We have great respect for the rule of law and for business ethics, and we are supported at all levels of government and by very well-advanced educational programs. 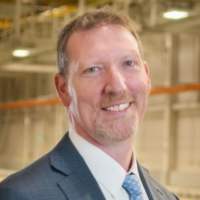 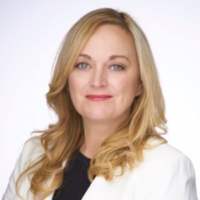 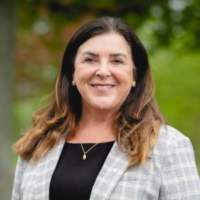 Mike Maguire
Chair of the Board - Oceans Advance

Bio: Mike Maguire is the Chair of the Board for OceansAdvance. He is also the President and Lead Consultant at Currach Consulting Limited as well as Chair of the Board for SpringBoard Atlantic. He has had a career spanning more than three decades in international offshore energy, marine transportation, and ocean technology. He has served as an advisor to the Canadian Association of Petroleum Producers and Natural Resources Canada.

Organization Profile: OceansAdvance is the ocean technology innovation ecosystem cluster in Newfoundland and Labrador. They have a membership of more than 90 export-driven companies, research and technology organizations, municipal, provincial, and federal governments, as well as a number of post-secondary academic institutes and trade associations. Their mission is to unite and excite the development of an ocean technology sector in the province.