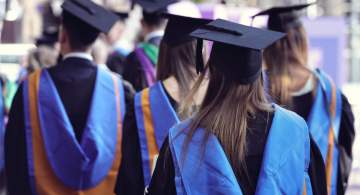 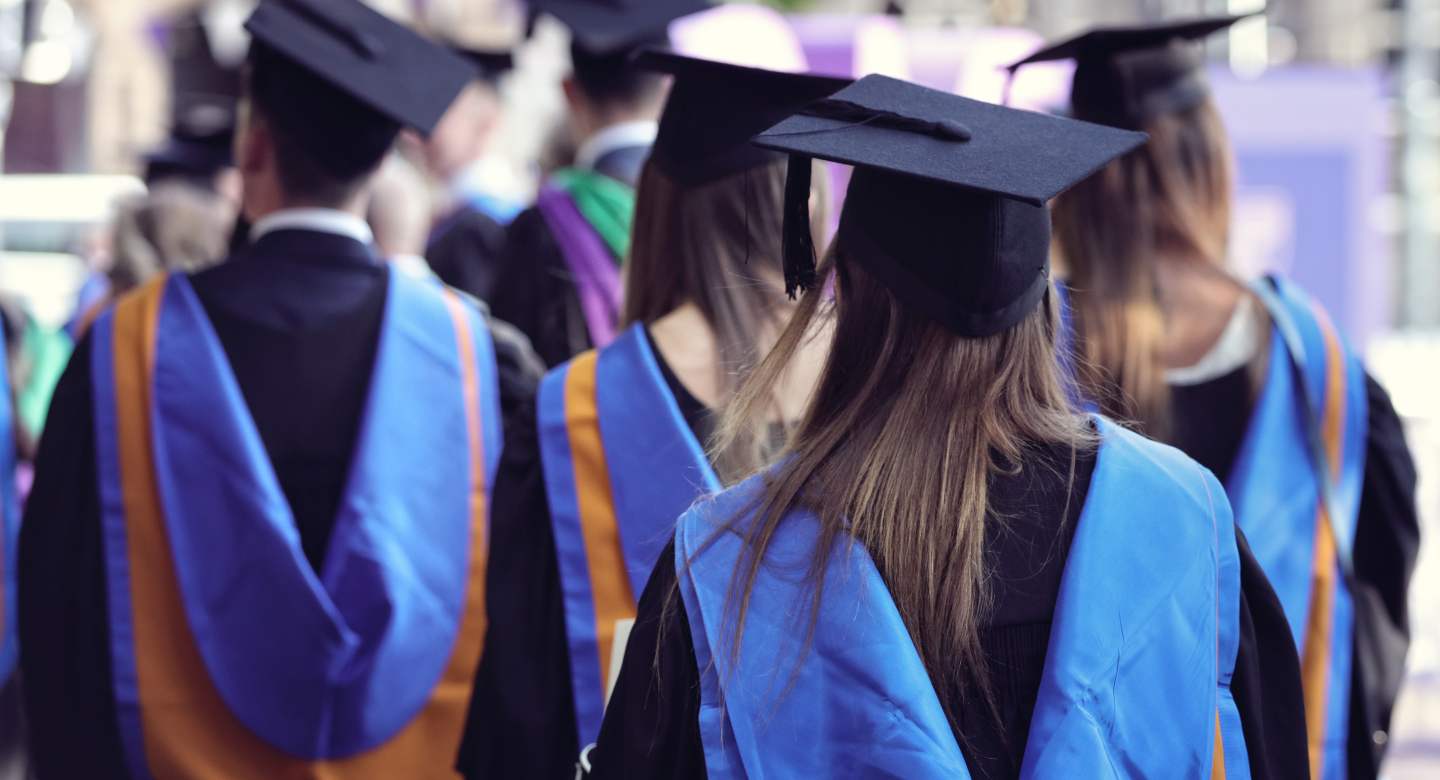 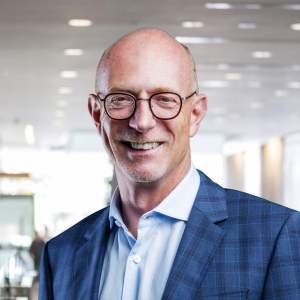 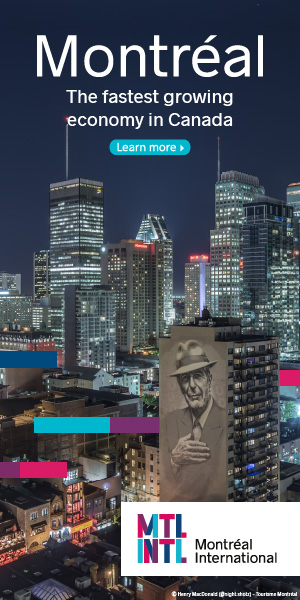 Montreal is one of the top university cities in the world, thanks to a conglomeration of top universities, a cosmopolitan cityscape, an unbeatable quality of life, and booming cutting-edge sectors. Foreign investors should consider Montreal for all these reasons—and its top quality talent.

Tell us about Concordia University and how it fits into Montreal’s university ecosystem.

I am Graham Carr, the President and Vice-Chancellor of the university and I have been in that role since late 2019. Concordia is a young university. We are ranked as the top Canadian and North American university less than 50 years old. We are an urban university with two campuses, one right in the heart of downtown Montreal and one about seven kilometers to the west in a more residential area. We have over 50,000 students coming from approximately 155 countries and about 20% of our students are graduate students. We are also a very research-intensive university, and we contribute to the Montreal ecosystem in a variety of ways, partly because of our size but also the extraordinary diversity of our student population. 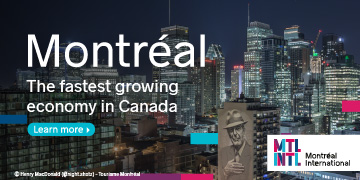 What makes Montreal unique as a university city compared to other cities?

The global rankings on student cities just came out a week or two ago and Montreal is once more in the top 10 in the world and the top in Canada. There are several reasons for that. Firstly, Montreal is really a university city. Boston is the only other North American city that compares with Montreal in terms of the sheer number of students in higher education, the number of universities, and the global quality of universities.

Also, Montreal in the North American context is a city unlike any other. It is the most cosmopolitan city in North America, in part because of the linguistic and cultural diversity of the city. It is also an extremely safe place and our international students, in particular, are interested in that. Montreal is a city that has a lot of promise for talent because of the emphasis on technology and design as cores to the Montreal economy. This is very attractive to students coming from elsewhere in Canada and around the world.

How does Montreal’s status as a great university city make it appealing to foreign companies?

For foreign companies looking at Montreal, the quality of life is wonderful here and that is important in terms of employee satisfaction. Companies are also looking around the world for talent basins where they can set up shop and be sure to have a good supply of diverse talent. Montreal offers a very well-educated population because the higher education sector is so strong. Also, Concordia has students from more than 155 countries. The majority of our students speak a language other than English as their first language. Cultural and linguistic diversity brings a sense of worldly experience that is hugely valuable for employers looking at talent in Montreal. Not only do you have highly trained individuals because of access to higher education, but you have highly trained individuals who are broadminded in terms of their own cultural and lived experiences. That is a unique benefit that Montreal can offer to foreign enterprises.

“There is a correlation between large international enterprises coming to Montreal and the ability of the higher education ecosystem to supply talent to those companies.”

At Concordia, we do a lot of research work and placements, such as with Ericsson, the largest Swedish telecom company, and Siemens, a German company that is involved in aerospace and other types of engineering. Concordia is also involved in the aerospace sector itself with companies such as Pratt & Whitney and other multinational companies. There is a correlation between large international enterprises coming to Montreal and the ability of the higher education ecosystem to supply talent to those companies.

What proportion of Concordia’s international students ends up staying in Montreal after graduation?

International students account for about 24% of Concordia’s total student population. We are very interested to track what happens to those students once they graduate from the university. We surprised ourselves about two years ago when we discovered that over the past five years and prior to the pandemic, more than 50% of international students end up staying in Quebec after their graduation. This was a higher number than we anticipated.

“International students are encouraged to come to Montreal due to the quality of the education offered and the employment opportunities available upon graduation.”

That is something we want to track more closely because it is an important data point for us in our conversations with government about the importance of supporting international education and promoting the internationalization of education here in Montreal. Many students coming to Montreal are looking to get permanent residency in Canada. International students are encouraged to come to Montreal due to the quality of the education offered and the employment opportunities available upon graduation.

How would you describe the collaborations between academia and industry in Montreal?

Collaboration is very good between the larger companies and enterprises in Montreal’s big sectors like aerospace, AI, and more.

Increasingly, Concordia and other universities are trying to reach out to small and medium enterprises (SME) and show how we can be complementary to their needs. There are two ways that we can help SMEs: one is by developing talent, which they need in their workplace, and the second is through collaborative research opportunities where we can lend a hand and work with the private sector or non-governmental organizations (NGOs) and others to address some of the challenges that they are facing.

“By 2025, every student at Concordia University will have had at least one experiential learning opportunity,”

At Concordia, we have a strong history of co-op education and job placements for undergraduate students. Increasingly, we have been putting emphasis at the graduate level on research-integrated work experiences as well. Our goal is that by 2025, every student at Concordia University will have had at least one experiential learning opportunity as part of their program. We can only make that work and achieve that goal through collaborations with the private sector, NGOs, and the public sector, because we need them to partner with us. I am confident that we are going to be able to achieve that goal based on the data points that we are seeing right now.

What are the strengths of Montreal’s research and innovation academic ecosystem?

Some of the strengths which Montreal has built up over the years are in areas like the life sciences and health sciences. McGill University and Université de Montréal, two of the top 100 universities in the world, have large medical schools. Universities like Concordia have a school of health, as do some of the other non-medical institutions. There is a huge amount of investment in health and life sciences research in Montreal over the years.

There is also artificial intelligence. Montreal has carved out a global niche for itself as a leader in AI. Again, institutions like Université de Montréal, l’École polytechnique, and Concordia are all playing a very important role in that field.

Aerospace has long been a major component of the Montreal economy, and the trickle-down effects of the success of the aerospace sector has nurtured SMEs here. The universities have had long-standing collaborative relationships with the aerospace sector.

Montreal is very much a city of design. We have huge, world-class enterprises like the Cirque du Soleil and others, which are based in Montreal and are real innovators in terms of that sweet spot between technology and the arts, such as computational design. Concordia and other universities have important collaborations with those companies and provide an attractive talent basin for them to locate here.

What would you pitch about Montreal in 30 seconds to foreign investors looking for an investment destination?

Montreal is an exciting city with an extraordinarily diverse talent pool. It has invested in some cutting-edge, next-generation industries and enterprises, and it offers a fantastic quality of life that is unmatched in North America. Come on down. 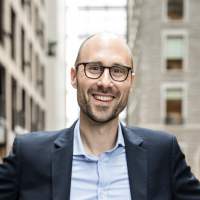 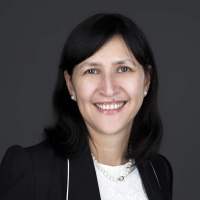 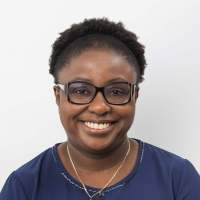 Bio: Graham Carr is the President and Vice-Chancellor of Concordia University. His previous leadership positions at Concordia have included Provost and Vice-President, Academic Affairs; Vice-President, Research and Graduate Studies; and Dean of Graduate Studies. He is also a member of the Research Committee of Universities Canada and sits on the Steering Committee of the Montreal Climate Partnership.

Organization Profile: Concordia University is a public comprehensive research university located in Montreal, Canada. Concordia is one of three universities in Quebec where English is the primary language of instruction. There are around 51,000 students enrolled in credit courses at Concordia as of the 2020-2021 academic year, making it one of the largest universities in Canada by enrollment.