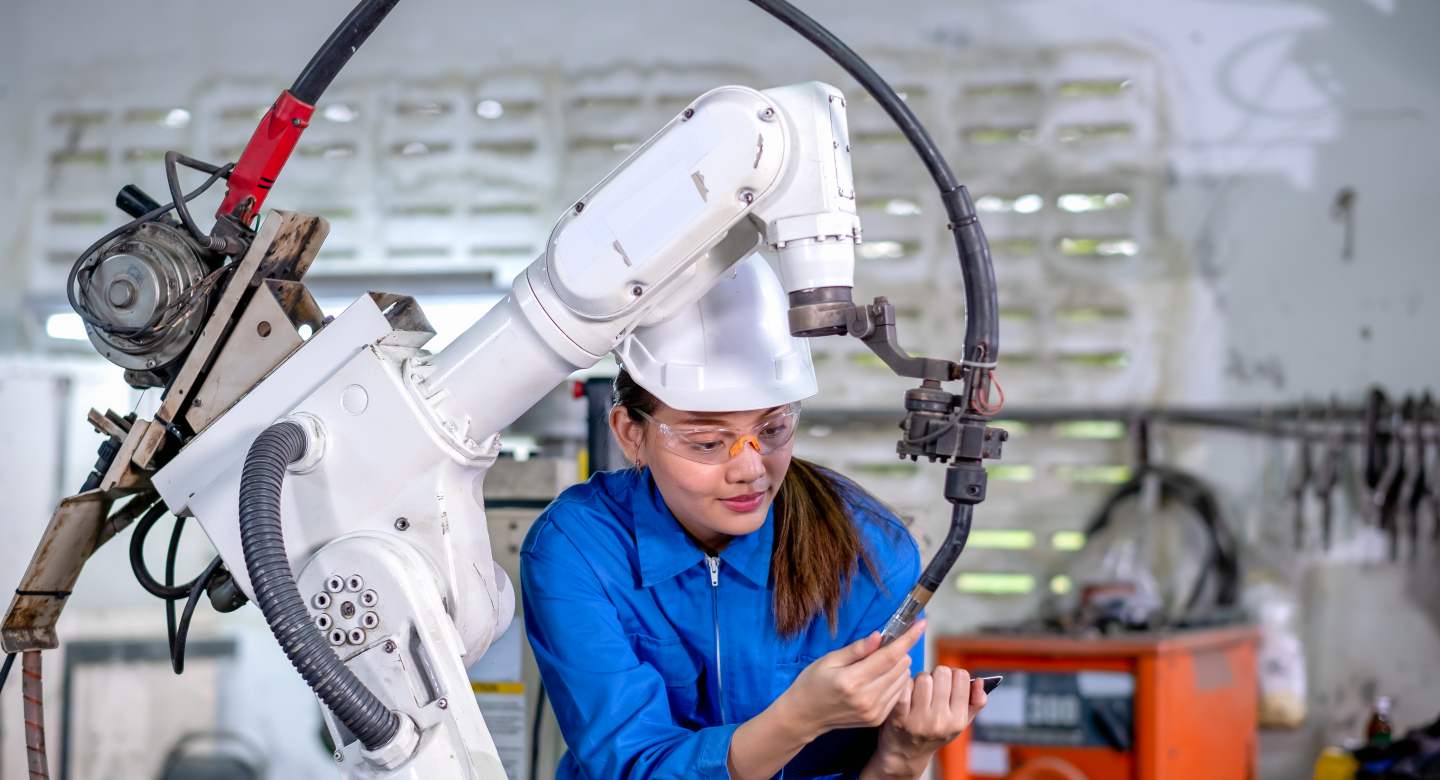 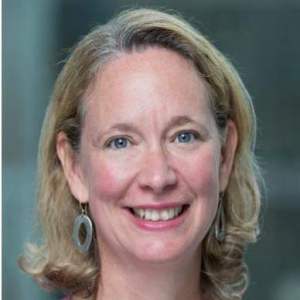 Collaborations are needed across the board to help the Canadian advanced manufacturing sector capitalize on key opportunities. Partnerships between businesses will result in strong innovations and partnerships between academia and industry will lead to the development of better talent.

What does Innovation Canada do to support the development of the advanced manufacturing sector?

Innovation Canada was created in 2017. We see ourselves like a startup, created in response to the fact that Canada has an underinvestment in business innovation. We are strong in higher education, universities and colleges and performing research and development (R&D). We also have a strong venture capital ecosystem as well as strong local businesses. However, when compared to our peers in the Organisation for Economic Co-operation and Development (OECD), we underinvest in business innovation. Innovation R&D is extremely important for ongoing economic growth in Canada.

Innovated Canada was created as a one-stop shop for business innovation. We have two flagship programs. The first is the Strategic Innovation Fund (SIF), which works on large-scale R&D programs. The fund works jointly with a company and invests in that company’s R&D projects.

The other flagship program is the five Superclusters in Canada. It follows a made-in-Canada model based on industrial consortiums. Rather than relying on government-to-company funding, this model facilitates the government funding of an industry-led organization, that then finds opportunities and works with many companies to drive projects. It is very interesting because this allows small and medium-sized enterprises (SMEs) to become involved with large-scale multinationals and we have not really seen these types of industrial consortiums before in Canada.

We will soon launch the Canadian Digital Adoption Program (CDAP) in January and I will be happy to talk more about that later.

What are the strengths and challenges of Canada’s manufacturing sector?

Manufacturing has been the cornerstone of the Canadian economy for decades and represents about 10% of Canada’s total GDP. The sector’s exports are worth about $350 billion each year. It is very important to Canada’s economic growth and it is also home to leading-edge innovations made to address key problems such as greening the production of goods and new methods of food production.

Because the manufacturing sector is at the core of our economic growth, it is important that we seize the opportunities of digital transformation, and that is a bit of a challenge. In Canada, companies do not always seize these opportunities as often as we would like them to. We recognize that retooling and digitizing operations are expensive and full of risk, and so Innovation Canada is looking to help reduce the risks and costs of digitizing, and the Advanced Manufacturing Supercluster is supporting that.

Another challenge for advanced manufacturing is that 25% of the manufacturing workforce will retire by 2030. The youngest cohort of manufacturing workers accounts for only about 5% of the workforce. In order just to maintain production levels, let alone grow, the sector will require a higher degree of automation and need to attract more workers including skilled trades.

The manufacturing sector is seized with this challenge, and a lot of work has gone into creating engagement and outreach for the next generation of talent, such as those in high school, to look at the opportunities that advanced manufacturing has in Canada.

What role does NGen, Canada’s Advanced Manufacturing Supercluster, play in supporting its companies?

When the Government of Canada decided to take this approach with Superclusters and a made-in-Canada model for industrial collaborations, we focused on areas where there was already a strong cluster. In Canada, we have a strong manufacturing cluster. To maintain its competitive edge, the manufacturing sector needs to seize opportunities in Industry 4.0, AI and robotics.

Canada’s Advanced Manufacturing Supercluster (NGen) has the dedicated drive and focus to ensure that Canada becomes a world-leading advanced manufacturing producer. It has the ability to develop and deploy these solutions in Canadian manufacturing for commercialization not only in Canada but in global markets.

“Through NGen, companies that did not know each other before can connect and build partnerships.”

Having that drive and focus is incredibly important to ensure that we learn from each other, because collaboration projects are what drive an ecosystem by facilitating partnerships. Through NGen, companies that did not know each other before can connect and build partnerships. SMEs are now part of a supply chain that they were never part of before. The development of this ecosystem, as well as technology and development projects, will enable Canada to continue to grow in advanced manufacturing. Within the decade, Canada can become known as a place to invest globally, and talent will be coming to Canada because of the incredible innovations happening.

Some examples of the projects at NGen include one where two SMEs are working with an industry giant to develop advanced manufacturing technologies to apply to the oil sands. They have scaled up a factory floor-ready system of independent multimedia 3D printers for additive manufacturing, and one of their projects has created a first-of-its-kind smart factory that facilitates the indoor growing of proteins like crickets. These are the type of projects that are happening at NGen. They are driving partnerships and so it is a pretty exciting space to be in right now.

What are the priorities for talent reskilling and attraction for the manufacturing sector?

There has been a huge interest in skills in the sector. While we fund innovations, the skills component is also equally important. We can work with companies to help them upskill their internal workforce. We are also looking at global talent streams, working with federal partners to bring talent from across the world and streamline that process, knowing that we do have talent gaps in Canada.

We work with colleges and universities to ensure they are putting out the right skilled trades programs and developing innovations. We also work with companies to help them continue developing the upskilling of programs and also keep an eye out for where the next wave of talent is coming from globally. The quality of our workforce is a key determinant for companies in deciding to expand their operations in Canada. Talent is crucial to helping companies advance in the digital transformation that is required for businesses to stay competitive. So while we set aside a lot of money for R&D programs, the skills component is equally important.

“Stronger collaboration between business and academia can ensure market signals are informing the development of programs at universities and colleges.”

Stronger collaboration between business and academia can ensure market signals are informing the development of programs at universities and colleges. That involves a two-way discussion and there are organizations like the Business + Higher Education Roundtable (BHER) that continue to bring universities and businesses together.

What are the forces and trends that will shape the manufacturing sector’s future?

Disruption is constant and so there are many trends that are facing the advanced manufacturing sector, whether it be in terms of supply chains or cybersecurity risks. The one trend that every sector faces is the environmental crisis and the urgency to move to a net-zero circular economy. Advanced manufacturing is well situated to take advantage of the opportunities in the net-zero economy and drive important solutions, particularly in the way that products are designed, produced, sold, used and disposed of.

“Solutions that are driving sustainability are increasingly becoming the norm in the marketplace.”

This is exactly the space that Canada’s advanced manufacturing sector needs to be in and we have some great capabilities in terms of engineering to reduce costs and waste. Everything is now going through the lens of environmental, social, and governance (ESG) considerations in terms of sourcing sustainable materials. There is also a growing need to have smart technologies to create factories of the future, solutions that are driving sustainability are increasingly becoming the norm in the marketplace.Canada’s advanced manufacturing sector can make a meaningful change in our move to net-zero and can play a fundamental role in the circular economy. 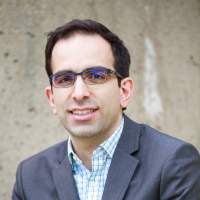 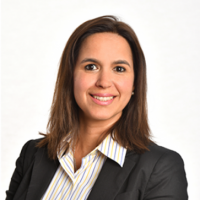 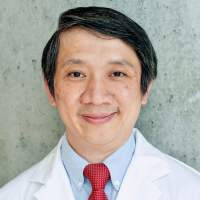 Bio: Andrea Johnston is the Assistant Deputy Minister of Innovation Canada. Previously, she also served as Director-General of the Economic Strategy Tables and Skills Branch at Innovation, Science and Economic Development (ISED). She was also the Director-General of Agriculture and AgriFood Canada as well as the organization’s Corporate Secretary.