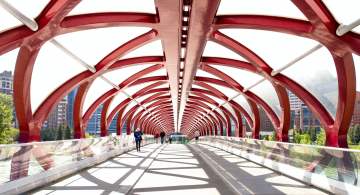 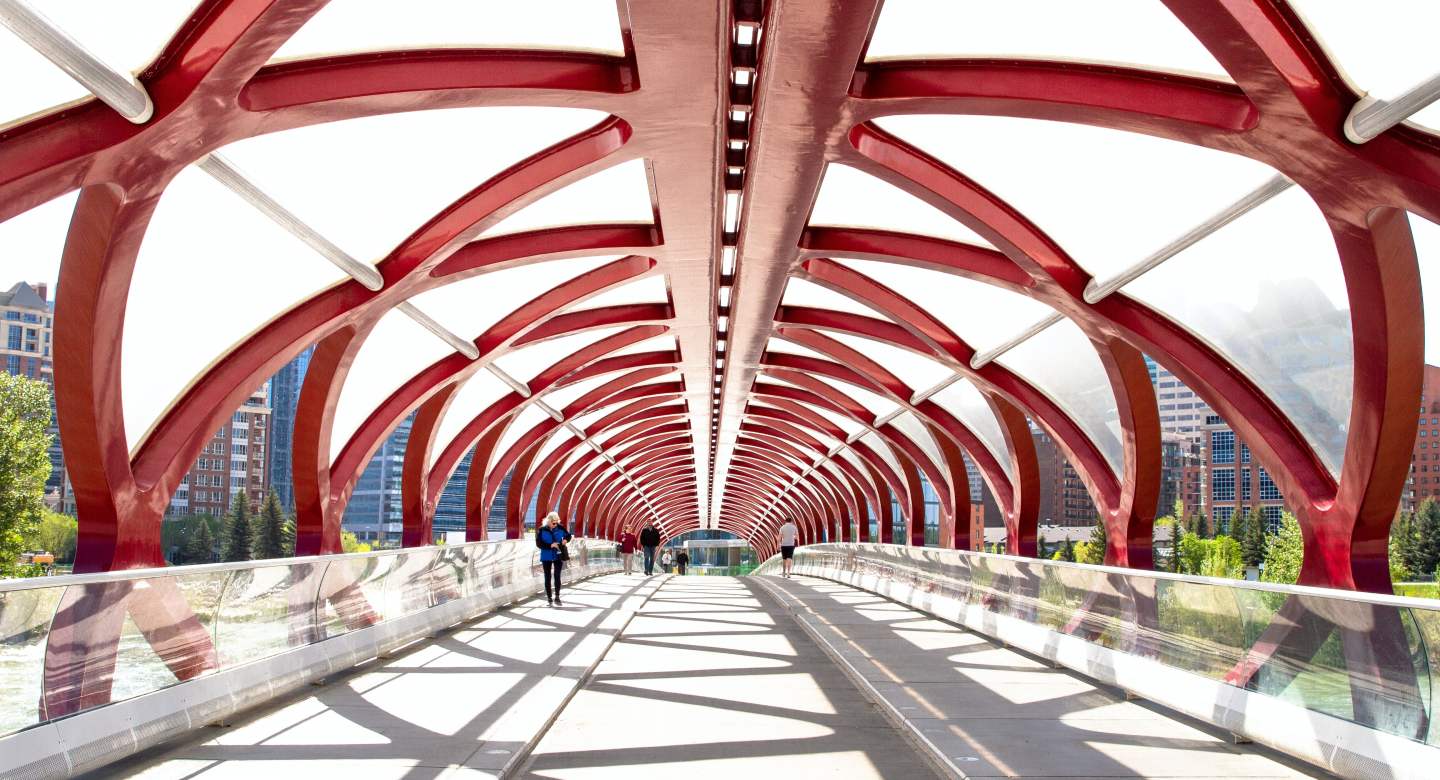 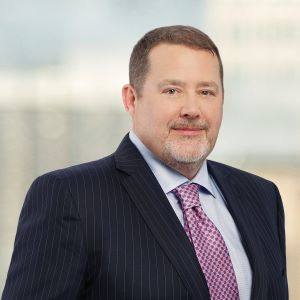 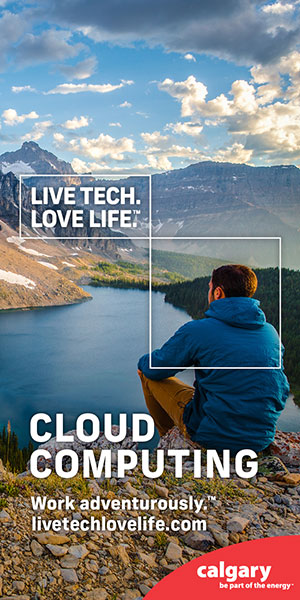 Canada has to continue to cultivate its export economy, producing in-demand goods and services for the rest of the world. Considering Canada’s low population density combined with abundant resources, we are well-positioned to be a powerhouse of exporting. Government and industry has to continually encourage foreign direct investment so that Canada’s position as an export economy will remain strong.

What are Canada’s strengths and weaknesses when it comes to attracting foreign direct investments in the energy sector?

I honestly believe we have quite a number of very significant advantages. The first one you have to look at is the quality of the resource itself. If you think about it, we have the third largest reserves of oil on the planet and the fifth largest reserves of natural gas, which often surprises people who do not really have a lot of depth in this area. Canada has one of the top environment, social, and governance scores of any country producing oil and gas in the world. Frankly, we have one of the most stringent regulatory and environmental frameworks in the world. Also, we have as a country put a national price on carbon. On top of that, Canada has been and will continue to be one of the best places in the world to continue to invest in energy. If you look at most of the places in the world where oil and gas are found, Canada really distinguishes itself in many ways. We have a very stable democratic government with strong economic policies, the rule of law, and respect for human rights. You can really understand all of the positives.

“Canada has one of the top environment, social, and governance scores of any country producing oil and gas in the world.”

Along with the positives probably come a couple of challenges. Particularly, if you are an international investor and you are looking to take your money to Canada, there are some things you want to think about. One thing I would say: investors crave certainty and stability. We have a bit of room for improvement. Over the last few years, as most people watching this interview will know, we have had some regulatory challenges, particularly with respect to our energy sector. This regulatory uncertainty has resulted in delayed investment decisions on large investment projects, particularly for pipelines in this country.

What makes Calgary an attractive place to do business today and how would you characterize the ease and cost of doing business?

Coming from Calgary’s archrival, Edmonton, I am probably a unique person to give you a view on this. In my experience, I have been in Calgary almost my entire professional career and Calgary has some really extraordinary features that make it a great place to do business. Number one is because of the longterm focus of the energy industry in Calgary, Calgary is an incredibly entrepreneurial city with the highest density of head offices per capita and the highest concentration of high-tech workers in all Canadian cities. We have that combination of real entrepreneurial drive with a lot of that skillset. A lot of Canada’s finance is driven out of Calgary and so we have this massive industry, the energy industry, that has really helped to drive the growth of all of those resources. It is almost unheard of to have that kind of business resources in a city the size of Calgary.

“Calgary is an incredibly entrepreneurial city with the highest density of head offices per capita and the highest concentration of high-tech workers in all Canadian cities.”

I will give you just a couple of other things. We are the youngest population of any major city in Canada. The other thing that I would say is we have incredible recreational resources just outside our door. We have the mountains and foothills, and especially for young people who are looking to come to a place where there are great well-paying jobs, we have great work but also this incredible recreation opportunity. It makes Calgary really unique in that aspect.

For a city of 1.3 million, the downtown core is just really extraordinary.

Talk us a little bit through Calgary’s innovation ecosystem and the availability of top talent and skills.

I mentioned earlier the incredible entrepreneurial spirit that exists in Calgary, but it is not just an entrepreneurial spirit, it is incredible technical capability. Something that would really surprise a lot of the viewers is that Calgary has the highest number of patents per capita in Canada and we file patent applications at triple the rate of the rest of the country. A lot of this is the innovation around the production and distribution of energy.

“Calgary has the highest number of patents per capita in Canada and we file patent applications at triple the rate of the rest of the country.”

On top of that, I will not go into the details but we have many organizations that have been funded both by government but also by industry, all focused on innovation, research, and development. One of the industry associations that we are involved in, Canada’s Oil Sands Innovation Alliance, actually has funded a $20 million Carbon XPRIZE, and the view of that is to develop technologies to turn carbon dioxide (CO2) into usable products. We are a sponsor of that prize and these are the kinds of things that are going on in Calgary. Most Canadians do not appreciate the incredible importance and profile of the high tech industry in this city. 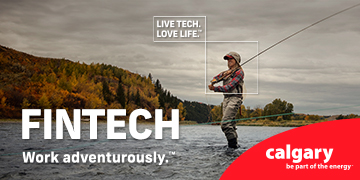 How much opportunity and financing trickles out of the energy sector into other ventures in Calgary?

It is a really good question and if you go around Downtown Calgary today, you obviously see the energy companies: Suncor, Canadian Natural Resources Limited, and Cenovus, but one of the most interesting things is you are seeing lots of things like financial advisory companies, high tech companies around the finance industry and logistics, and a lot of these initially had their source in the energy industry but have moved far beyond that. You are seeing some of the most innovative companies in Canada around logistics, supply chains, finance, and benefits, which is a great example. We have this incredible concentration of head offices and they all need benefits, services, and that sort of thing. We are seeing companies that had their genesis serving the oil and gas industry are now moving out and becoming successful throughout Canada.

Is cleantech the future of Canada’s energy sector, and would Calgary be the capital in Canada for that?

Yes, certainly. It is very interesting even if you look at renewable energy, Calgary started out as the fossil fuel or the oil and gas energy centre, but it is also the renewable energy centre of Canada. Over the next decade or two, we are going to see massive advancements around removing carbon from fossil fuels or storing carbon. Carbon capture and sequestration is an obvious opportunity. For my company, the lion share of our research and development focus is all around carbon right now, so there is a very bright future in Calgary for those kinds of technologies.

What kind of impacts do large investments or foreign investments have on Canadian communities and on our economy as a whole?

For the average Canadian, it is not immediately intuitive why it is so important to have that investment in a country. One of the very first things I would say is that Canada, as much as it has grown, globally still has a relatively very low population density, but we have these incredible resources in our country and far more than we could ever utilize. That is not just oil and gas, that includes agricultural products, hydro, you name it. Canada has the capability to supply goods and services to the world well beyond our own needs but in order to do that, we need foreign investment coming into the country.

“Canada has the capability to supply goods and services to the world well beyond our own needs but in order to do that, we need foreign investment.”

One of the things I would say, and for a lot of Canadians, when we talk about things like the deficit, that deficit that we had to take on as a country to get Canadians through this pandemic—that is money that was borrowed and needs to be paid back and large amounts of it were borrowed outside of this country. In order to repay our debts, we have to have an economy that is firing on all cylinders and is producing goods and services that are in demand and required by people outside of our country. If you think about all the money coming into the country, we have to have exports going out of the country in order to have that cash to pay for the things we had to do that we funded with this deficit. It is just extraordinarily important for the country that we have a robust export economy. As I said, once again, it is really focused on the fact that if we limited our industrial production to only the needs of Canadians, we would have an economy that is just a fraction of our size. It would not be able to provide the prosperity and all of the other benefits that come from being Canadian with a robust economy while participating globally.

Which non-energy sectors of the economy do you see offering the best opportunities for investment?

In a world that is post-pandemic, I look at Canada and just because of our incredible resource base, we are always going to have an economy that has at its base a lot of production and processing of natural resources. There is nothing wrong with that. The world needs lumber, natural gas, and the various minerals that we produce. We should be proud of that. If you look at Canada and the immigrants that we are attracting to our country, these are highly educated, innovative, and entrepreneurial people. I really see the high tech area in Canada growing. We have had pockets of great success and I really expect that that is going to grow in importance. The one that I had alluded to earlier is this whole area of environmental technologies and industries evolved around improving our environment. As I have said, I see the energy industry and a lot of the other industries that are involved in our industry getting very focused on what can be done and what kind of innovations can really drive that. If the world is going to meet the commitments under the Paris Agreement, it is not going to be done by doing business as usual. We are going to have to develop many new and advanced existing technologies to get there. That actually is a really exciting area for Canada going forward.

Since this interview was conducted, Cenovus Energy Inc. and Husky Energy Inc. have announced a transaction to combine the two companies. 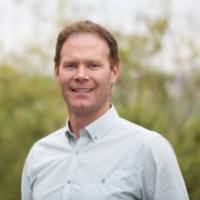 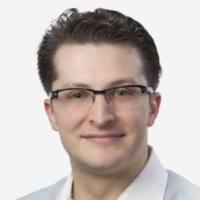 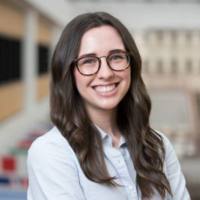 Bio: Alex Pourbaix is the President & CEO as well as Director of Cenovus Energy. He is also a member of the Cenovus Board of Directors. Before his role at Cenovus, he had 27 years of leadership experience with TC Energy. He was also Board Chair for the Canadian Energy Pipeline Association as well as the current Chairman of the Board of Governors at the Canadian Association of Petroleum Producers.

Organization Profile: Cenovus Energy is a Canadian integrated oil and natural gas company headquartered in Calgary. Their operations include oil sands projects in northern Alberta and established natural gas oil production in Alberta and British Columbia. Cenovus began independent operations in 2009 when Encana Corporation split into Cenovus and Encana. They are listed on the Toronto and New York stock exchanges.