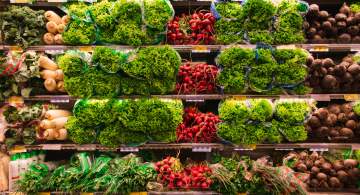 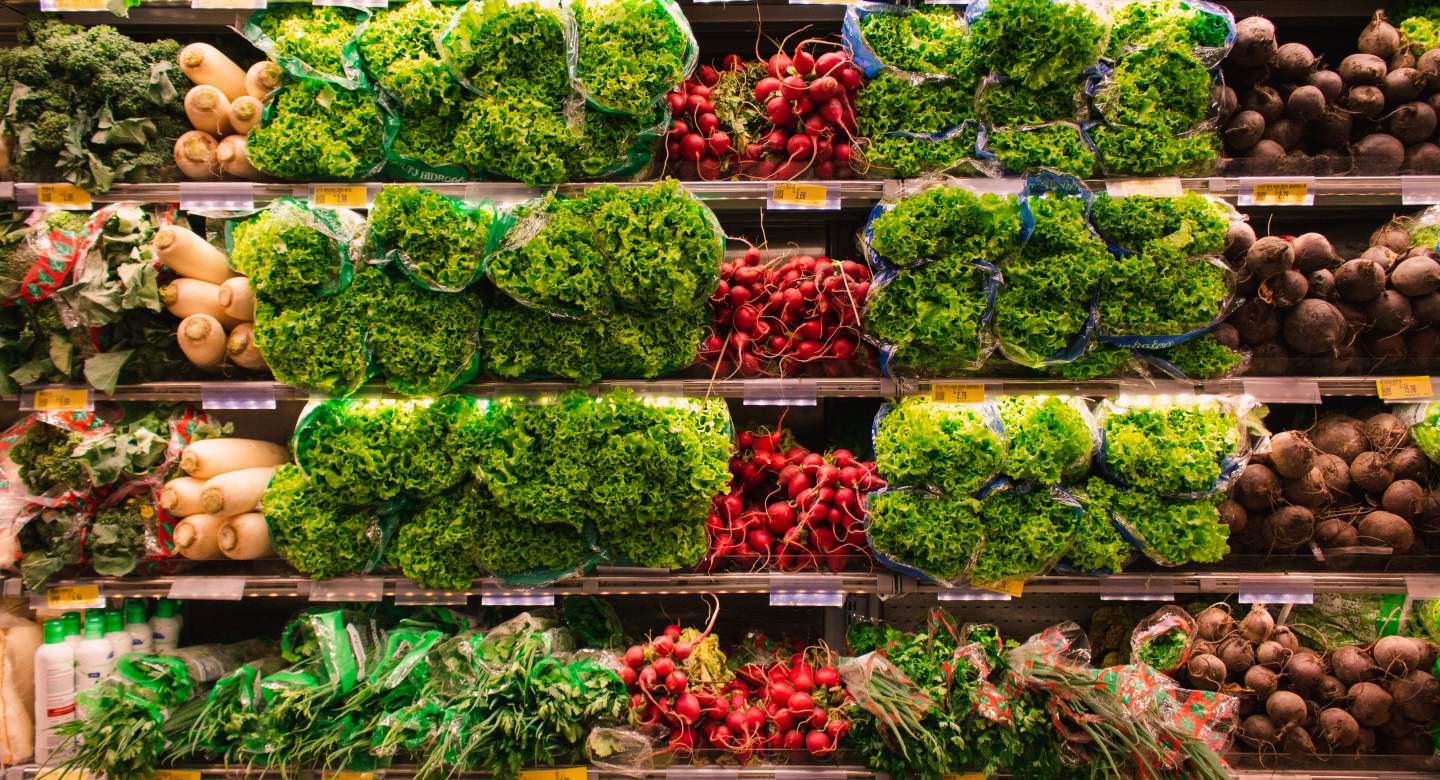 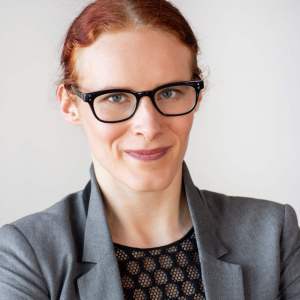 The agriculture sector is a major component of the Canadian economy. It employs 2.1 million people and provides 11% of all jobs. It generated $139.3 billion (around 7.4%) of Canada’s GDP in 2020. Farms cover 68.9 million hectares (6.9%) of Canada’s land area. Canada is the fifth-largest exporter of agrifood and seafood in the world, exporting to over 200 countries in 2020.

However, the farming sector is struggling—the workforce is aging and there is a lack of interest from younger generations due to the long hours required, poor and unstable pay and physical nature of the work. Margins are shrinking due to rising costs and decreasing yields. Plus, agriculture is very resource-intensive (electricity, water, land, etc.) and is one of the worst contributors to greenhouse gas emissions–it is responsible for approximately 25% of the world’s total emissions per year. The pressure is on to innovate across the board, keep up with demand and satisfy an increasingly knowledgeable consumer base that demands sustainably and ethically produced food.

“There are 690 million people globally who experience food insecurity.”

Right now, there are 690 million people globally who experience food insecurity. With the world’s population projected to reach 10 billion by 2050 and a whopping 50% of usable land already allocated to farming, it is obvious that agriculture needs to find a way to increase production despite the fact that many believe we are already at “max efficiency” by way of monocropping and intensive animal agriculture. The farming supply chain is broken—food waste in Canada currently sits at a staggering 58% of production, which means that even if we managed to increase production levels, more than half of the food produced would not make it to its destination. Not a very pretty picture.

“More consumers are using their purchasing power to force corporations to use ethically and sustainably-sourced food.“

There is good news, though. Numerous companies and academic facilities worldwide are working hard to study these problems and come up with a variety of solutions that are both economically and environmentally viable. More and more consumers are using their purchasing power to force corporations to use ethically and sustainably-sourced food.

From a climate-conscious perspective, increasing agricultural efficiency will halt deforestation and allow the regeneration of valuable carbon dioxide-capturing vegetation. We are moving closer to 2030, the year by which global emissions must be halved in order to stand a chance of limiting warming to 1.5°C.  It has been determined that if industrial meat consumption goes down, many governments in the world will stand a chance of meeting their climate obligations.

There are three main areas of focus that will have the biggest impact on increasing the efficiency and output of the agriculture industry while decreasing its environmental impact. Cultivated meat, alternative proteins and food waste tracking are solutions with no downside. They are more sustainable, humane and profitable, and they produce lower-risk and healthier food supplies. Many Canadian companies and government agencies are already on board, and public awareness must follow in hopes of accelerating research if we are to benefit by being in a leadership position.

Cultivated meat is a process by which animal meat and fish can be grown from starter cells in a bioreactor, without the need to raise animals. This process uses 99.7% less land, creates 96% less greenhouse gas emissions and reduces water use by 94% compared to conventional animal agriculture. Israel, Europe, China, Brazil, India and the US have all made significant inroads in bioreactor technology, and there are several Canadian companies that are doing great work in this area.

A paper from economists Kearney and Edison found that revenue growth in the cultivated meat market is predicted to explode to over $600 billion by 2040 (see graph below). Even if this doesn’t replace all animal agriculture, it could augment current practices for use in pet food, fast food and more. Small, impactful changes like these will reduce land-use pressures from grazing animals and feed production, opening up land for other uses such as crops for human consumption or renaturalization.

Indeed, the most difficult hurdle for cultivated meat may be one of perception, not technology. Initial high rates of skepticism are starting to give way to interest and acceptance. Singapore was the first country to approve the sale of cultivated chicken meat in December 2020. They aim to have 30% of their meat grown domestically via cultivation techniques by 2030. Since then, the varieties of meat being produced worldwide have also expanded to fish, seafood, beef and even exotic meats like tiger and elephant.

Upside Foods in the US has completed work on a massive production facility and there are countless facilities in Brazil, Israel, France, the Netherlands, the UK and more, most of which are awaiting approvals to start selling from their various regulatory bodies. Simultaneously, these organizations are busy wooing the palates of celebrities, chefs and influencers, famously partnering with Ashton Kutcher, Rihanna, Leonardo Di Caprio, Bill Gates, José Andrés, Richard Branson and more. Cultivated meat has won countless awards in taste tests against both “regular” meat as well as alternative protein-based meat substitutes. It is seen as a way to enjoy the taste without the guilt of killing an animal and contributing to the creation of greenhouse emissions.

“41% of consumers are willing to look at making dietary changes to reduce environmental impact.”

A recent study conducted by the National Library of Medicine (ref 1) found that 41% of consumers are willing to look at making dietary changes to reduce environmental impact. Although meat curtailment is among the least preferred personal options to counter climate change, cultivated meat reduces the environmental impacts of agriculture without requiring the massive upheaval of social, cultural and habitual norms. It’s just a matter of giving people the opportunity to understand the technology, try the product and be reassured that it is safe as well as tasty.

Canada has a strong worldwide reputation anchored in quality, nutrition and sustainability, and a host of impressive start-ups are striving to extend our global reach and anchor the Canadian brand as the preferred source for plant-based food and ingredients. Alternative proteins do accomplish improved environmental impact, address ethical concerns and lead to health benefits, but a vegan lifestyle is a much harder sell to many groups of consumers. These alternatives should still be pursued and offered as viable options. Continued research will make it more and more palatable as alternative protein sources have already been recognized by some corners as producing best-tasting burger, standing to win a sizeable chunk of the $868 billion fast-food industry.

The third area of focus is food waste tracking. In our current system, approximately 58% of all food produced is thrown away. Canada’s Second Harvest was the first-ever organization to comprehensively audit the entire food value chain in Canada, (Ref 2) to identify the root causes of food waste, where they occur along the value chain and the extent to which they differ by food type. That information has the power to revolutionize the food processing and distribution system. IBM has come up with a beta network based on blockchain technology that decentralizes this data and allows for safe and secure analytics. Their technology can notify chain element providers in real-time to optimize local usage and identify waste “hot spots”.

There are a number of problems in the current supply chain. The true opportunity is to find new ways to reduce or eradicate those points of failure, which might include new harvesting techniques, new processing technology and more accurate distribution. There is already a proliferation of applications that facilitate communication between restaurants and users, food donors and charities and even sharing within neighbourhoods and communities. There is opportunity upstream too if we consider the amount of money to be saved and use that as an impetus to improve.

By getting ahead of the curve, Canada has the opportunity to lock in its leadership role in this new agricultural landscape. By investing in research and development now, Canada can be first to the gate in some key areas. The race is on and early movers in these focus areas stand to reap massive rewards. We are uniquely positioned to leapfrog to the forefront of agricultural innovation. Canada has all the necessary elements: infrastructure, resources, entrepreneurial spirit and environmental awareness, alongside a longstanding history of agricultural stewardship. We need to push our government to advocate for our farmers, fund this agricultural transition, and fast-track legislation to allow us to take our rightful place on the podium in this agricultural revolution. 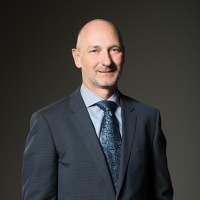 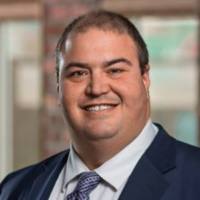 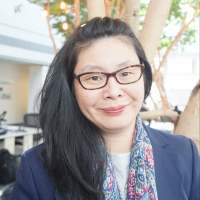 Allison Penner is the Founder and Executive Director of Reimagine Agriculture. She holds a degree in Environmental Governance from the University of Guelph and has experience in campaigning and policy work. When she’s not hard at work transforming the agricultural sector, she can be found keeping busy cooking delicious meals, exercising or reading every book she can get her hands on.

Reimagine Agriculture is a non-profit focused on educating, influencing and collaborating to create a compassionate, sustainable and resilient agricultural system. Their vision is a food system that meets the needs of present and future generations. They take an evidence-based approach focused on converting ideas into actionable solutions.