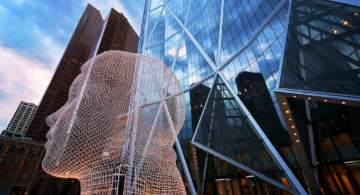 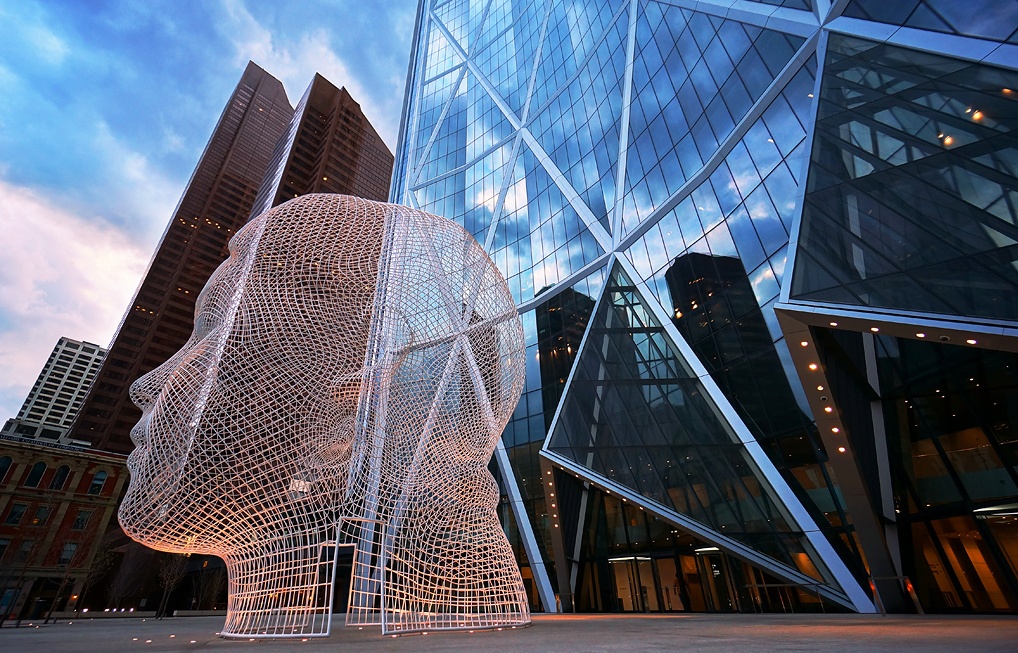 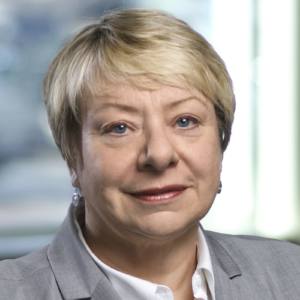 Canada should aim to reach beyond its borders. We have to get our innovation into a product, get that product into a tangible market, and then make the linkages and connections to scale that product for market, wherever that may be around the world.

The global population and energy usage have grown exponentially in recent years and natural resources have shown some limitations. What does this mean for Alberta and Canada being that both jurisdictions are very dependent on their resource-based economies?

I think there are incredible opportunities for both Alberta and Canada. Alberta specifically has been taking on initiatives in the cleantech, clean energy, and water space. Some of this is derived from our traditional industries like oil and gas, where we are advancing a lot on water technologies. If you have ways to look at water efficiency or even water remediation for oil and gas, there are attributes there that could be applied to the agriculture sector or other important resource-based sectors. From my perspective, climate change is actually bringing new market opportunities. And I think anyone that has been in traditional energy sectors already has the applicable skillsets for these new sectors.

“The plan is to take attributes of the existing industries and the innovations that they have developed and to apply them to new marketplaces.”

I had a similar experience in Texas, where no one would have ever thought we would go from oil and gas to developing a cleantech industry. But today there are industries that are appropriate for Texas – such as wind and solar farms – that would have been unthinkable years ago. Even Austin now has a plan to get 30% of its grid power from non-traditional sources by 2025. It is the way of the future, there are lots of opportunities, and Alberta and Canada as a whole have to move that way. I think we are quite prepared to do so with some of the things we are doing now and have been doing for a while.

How do you view Alberta Innovates’ role since its consolidation? What are some of its main areas of focus today?

Alberta Innovates (AI) brought together four corporations and one subsidiary in late 2016. We also have 2 wholly owned subsidiaries that work directly with industry. One is called InnoTech Alberta and the other one is C-FER Technologies. What we really are is a public-private partnership that uniquely covers any area of innovation and entrepreneurial or business activity across the spectrum, regardless of what type of innovation or market area it’s going into. This allows us to be more interdisciplinary and apply innovation in different market sectors. Similarly, we are a funder of basic discovery as well as working out where businesses need to deploy resources, gain talent or scale. We achieve 20-25% of our income from our own activities and our partnerships with industries, even though we are technically a government corporation. And within that bucket, there are many different activities, including the funding of incubators, accelerators or other mechanisms to get innovation to market.

“I am very future oriented and I want us to be a leader in the innovation agenda, the deployment of innovation and the connectivity to other markets around the world.”

Having been here for only a short time, I am now in the midst of putting a strategic plan together for Alberta Innovates. The plan is not to abandon existing industries – that never works well. Rather, it is taking attributes of the existing industries and the innovations that they have developed and to apply them to new marketplaces. For example, in Alberta today, we are seen as a leader in North America in areas such as hemp research and forestry products. These industries will progress as we continue to develop new products. In our research in hemp, for example, we look at hemp fibres and how they can be used as organic materials mixed with other types of materials.

Are there funding models that Alberta and Canada could apply to its innovation ecosystem?

Firstly, I see money as a commodity like fuel. Once you have something going, you add more fuel to what is happening and then it grows. But we have to get those fundamentals off the ground first and then add the fuel. My second thought on this is yes, there needs to be some new and innovative ways to fund both early stage initiatives as well as expansive stage initiatives of scale. That is a second area of constraint that we need to solve.

“If you have ways to look at water remediation for oil and gas, there are attributes there that could be applied to the agriculture sector or other important resource-based sectors.”

Overall, however, I do not see Canada as not having money, it is just how we deploy that capital. I think this is where government can step up to take risks where the free market would not, and to initiate activities. However, the free market needs to come in once those activities are initiated so they can take the reward that comes from the deployment of their capital. And there already exist a couple of bridges between the government and free market. Every region of the country needs to look at what works for them and then we need to work together to make sure that in each geographic region we are not competing, we are actually helping one another. Because at the end of the day the competition should be on the outside, not the inside.

Fundamentally, success comes because there is a market for what you have. What we need to do here in Canada, and Alberta specifically is expand our views beyond our borders. We are a decent sized market as a country, but it is not by any means a large market like the US or the European Union or Asia. So we have to get our innovation into a product, get that product into a tangible market, and then make the linkages and connections to scale that product for market, wherever that may be around the world. Meanwhile, policy, trade and regulatory environments are in a state of flux and need to be reviewed. We also cannot forget long term relationships that need to be built upon in places like Asia, especially China. I think about the number of Chinese that have been educated in Canadian universities over the years. We have connections there from the student level up to the business level. We should foster those partnerships and relationships now, not wait until we want to sell something.

“Alberta Innovates is presently building the Alberta Carbon Conversion Technology Centre (ACCTC), which will be used by 5 NRG COSIA Carbon XPRIZE winners, and will eventually be available to other companies large and small.”

There has been a division of labour between Canada and the US that has worked remarkably well for a very long time. But now we are at the stage where we want to be an equal player and we have that opportunity – not only with our existing partners but more importantly, with new partners like China. Another notable quality is Canada’s stable environment. Perhaps we have a bit of the old Commonwealth tone, as we are more conservative in some areas. But when you are trying to do business with other people, one of the things you look for is that stability – it means you can rely on what is coming up next and how people are going to act. I think Canada’s stability is becoming very evident and it will produce new and expanding opportunities. We just have to be prepared to step up, take those opportunities, and build those relationships.

“The recent news of Google Deep Mind opening up an office in Edmonton is an amazing endorsement of Alberta Innovates’ commitment to artificial intelligence.”

You have been credited as a pioneer and a visionary in Austin’s cleantech industry. What is your vision for Alberta over the next 20 to 30 years?

From an inside perspective, my personal goal is that we have an environment where those who want to work, work. Where wealth is created because people have jobs and companies grow. Where the family unit as a whole is taken care of. From an external perspective, I want people to look at Alberta and say, “That is the place we need to be, that is the leading edge of what is going on and that will be the future of Canada.” I am very future oriented and I want us to be a leader in the innovation agenda, the deployment of innovation and the connectivity to other markets around the world. When others recognize the excellence in what we are doing and the excellence in the people we have here, we can produce an enormous amount of growth and prosperity for Alberta as well as Canada. 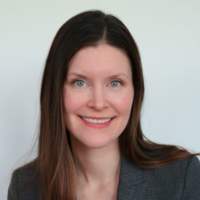 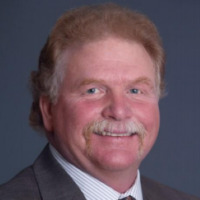 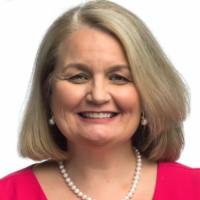 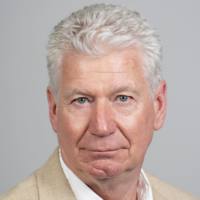 Laura Kilcrease is CEO of Alberta Innovates, including its subsidiaries InnoTech Alberta and C-FER Technologies. She is the founder and former managing director of venture capital fund Triton Ventures. She is widely recognized as one of the key figures in changing Austin’s economic landscape from one struggling with the economic ups and downs that come with oil dependence to a high-tech environment that is today recognized as the leading entrepreneurial city and best place to live and work in the U.S. Ms. Kilcrease has more than 25 years of hands-on experience in commercializing technology, and a deep understanding of how to identify and build new business opportunities. She has received numerous honours and awards, including the Ernst & Young Entrepreneur of the Year Award, the Austin Business Journal’s Profiles in Power Award, and the University of Texas McCombs School of Business Women in Business Leadership Conference Trailblazer Award. Born in London, she received her certification as a Chartered Management Accountant in the U.K. and a Masters in Business Administration from the University of Texas.

Alberta Innovates (AI) serves as a catalyst for innovation. It enables innovators, businesses and researchers to tap into its collective assets: cross-sectorial knowledge and expertise, funding, networks and research facilities. It is an Alberta Crown Corporation that consolidated four Alberta Innovates Corporations — Bio Solutions, Energy and Environment Solutions, Health Solutions and Technology Futures – in November 2016.