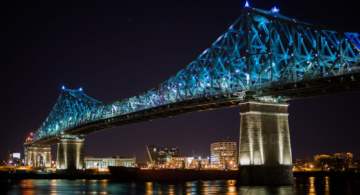 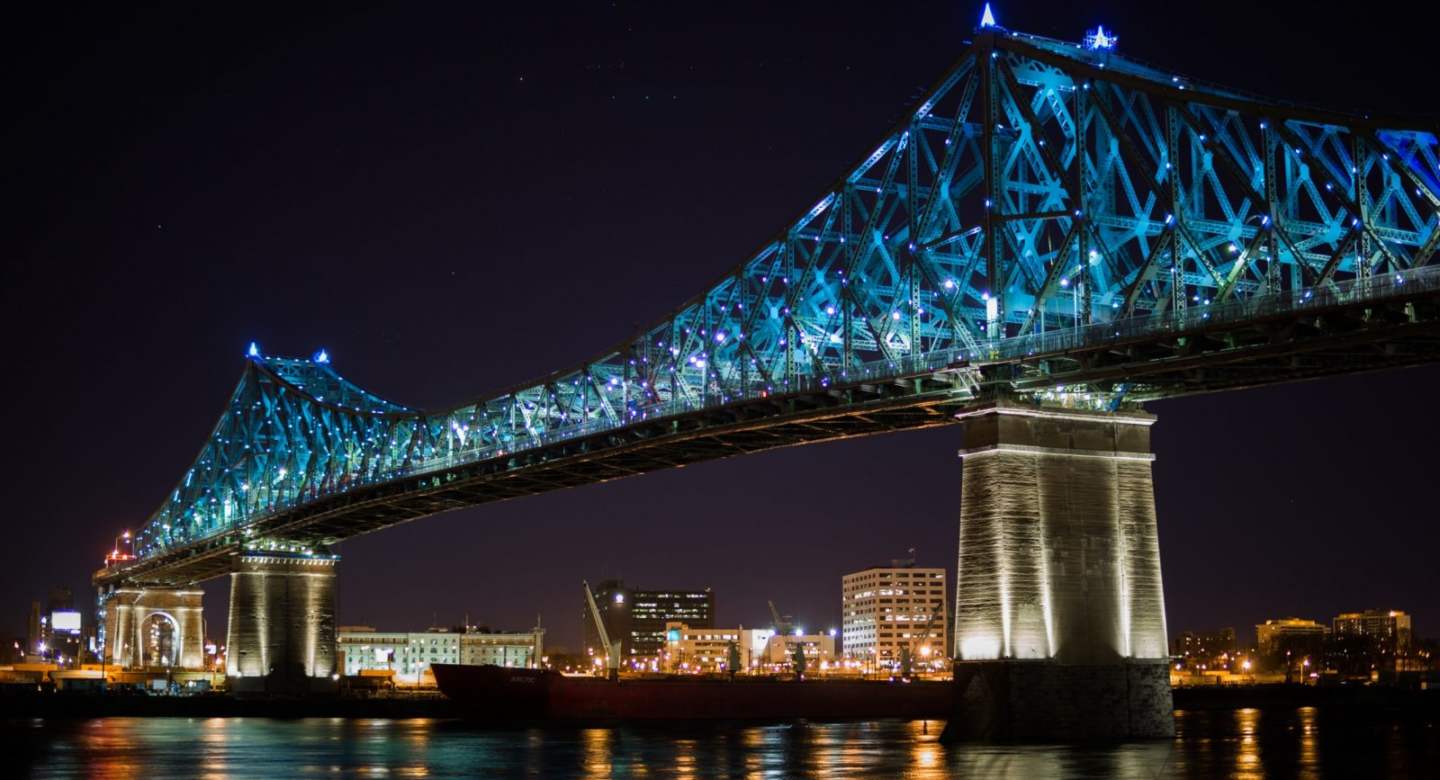 The Smart Cities Challenge urges local action to drive pan-Canadian innovation and inclusive economic growth by asking communities to think differently about their biggest issues while keeping an emphasis on openness, scalability and replicability. This leads to new ways of doing things, new partnerships, and new opportunities for the private sector.

How can we ensure that the infrastructure Canadian governments invest in produces the most significant multiplier effect for our future economy at a national level?

Our provincial, territorial, and municipal partners own 98% of the core public infrastructure in Canada. They know best what their communities need to be healthy, sustainable, and successful. Partnership is key to our success. That is why we worked closely with the provinces, territories, municipalities, Indigenous leaders, and other stakeholder groups to develop the Investing in Canada infrastructure plan.

In response to the concerns we’ve heard voiced by our partners, we are in the process of amending the Integrated Bilateral Agreements to afford provinces and territories greater flexibility to target their infrastructure needs. Our amendments will also increase support for more infrastructure renewal in rural and northern communities by making funding available to cover a portion of planning costs for communities of fewer than 5,000 people. Broadband connectivity is vital to economic development and well-being in rural and remote areas. One significant change we’ve made is to create greater incentive for broadband investments, encouraging the private sector to take on a greater role and accelerate investments in this space.

“The Infrastructure Economic Account provides data about key indicators [to] quantify the economic impact of infrastructure investments on the Canadian economy.”

Another element we have introduced in the Plan is the need for provinces and territories to submit annual 3-year infrastructure plans that are developed in consultation with the municipalities. These plans outline how the provinces’ and territories’ infrastructure investments will contribute to the federal government’s strategic objectives: to grow the economy, build inclusive communities, and support a low- carbon green economy.

The collaboration between Infrastructure Canada and Statistics Canada has also resulted in a series of datasets called the Infrastructure Economic Account, which provides data about key indicators, such as gross domestic product and the number of jobs created and maintained in the infrastructure sector. These indicators quantify the economic impact of infrastructure investments on the Canadian economy.

Leaders in all jurisdictions are working in partnership to ensure that our communities continue to grow. One of the ways we encourage local action to drive pan-Canadian innovation and inclusive economic growth is through the Smart Cities Challenge. This nationwide competition encourages communities to use data and connected technology to improve the lives of Canadians. We asked communities to think differently about their biggest issues while keeping an emphasis on openness, scalability and replicability. More than 200 communities applied to the Challenge with their innovative ideas. Twenty applications were selected as finalists and received funding to turn their ideas into fully implementable business plans, which they can continue to develop even if they’re not successful in the competition. We are already seeing encouraging results, with communities telling us that participating in the Challenge has led them to new ways of doing things and new partnerships. The Challenge has also created new business and investment opportunities for the private sector.

What are the key focus sectors of the Investing in Canada Plan?

In Phase 1 of the plan, we focused on the repair and modernization of existing public transit, water, wastewater and social infrastructure. The long-term phase of the plan is now underway, which will fund new and transformative infrastructure projects that ensure Canadians will benefit from steady, long-term economic growth for generations to come. Under Infrastructure Canada’s bilateral agreements with each of the country’s 13 provinces and territories, $33 billion is starting to flow to projects across the country through the funding streams.

How would you define “green infrastructure” and its role in Canada’s future economy?

Clean growth and addressing climate change are core priorities. The projects that contribute to that goal range anywhere from water and wastewater system improvements, to disaster mitigation projects that stabilize land to prevent flooding. Strategic investments to increase the production of renewable energy, modernize electricity systems, and enhance energy efficiency in the built environment will help reduce greenhouse gas emissions. And as extreme weather events become increasingly common, federal investments being made under Infrastructure Canada’s Disaster Mitigation and Adaptation Fund (DMAF) will strengthen the ability of public infrastructure assets to withstand the impacts of climate change.

Projects supported under our green infrastructure stream are also fundamental in ensuring that Canadians have clean air to breathe and safe water to drink. The Environmental Quality sub-stream supports projects, such as the remediation of brownfield sites and upgrades to wastewater treatment plants.

In addition, a Climate Lens has been established to encourage recipients of federalinfrastructure funding to consider the impacts of climate change in the planning and design of their projects. UnderInfrastructure Canada’s bilateral agreements aClimate Lens analysis will be required for all project applications with a value of more than $10 million. The same analysis is required for any climate-change focused project, regardless of their value, approved under those agreements. The objective is to build communities that are more resilient to the impacts of climate change.

What is your strategy to increase the attractiveness of Canada’s infrastructure sector to private and institutional investors – both from Canada and abroad?

The Bank acts like an investment bank that brings investors together and structures appropriate financial support and capital structure of projects. By providing support, which will come in the form of loans, equity and where appropriate loan guarantees, the Bank will help to make projects commercially viable in order to attract and incentivize private sector and institutional investors to invest in new, greenfield projects. These projects will mainly focus on three areas of priority: public transit, green infrastructure, and trade and transportation infrastructure. The Bank’s first investment is Montreal’s Réseau express métropolitain, a new light-rail network that will provide an important way for commuters to get around the greater Montreal region.

More broadly, the Bank will work with the federal, provincial, territorial and municipal governments to collect and share data to monitor and better inform future infrastructure investment decisions.It also provides advice and works with governments to provide information on infrastructure projects in which private or institutional investors are making significant investment and is developing a pipeline of projects that could be of interest to private investors.

How can we increase the participation of Indigenous communities and Indigenous businesses in future infrastructure projects?

The Government is making significant infrastructure investments in Indigenous communities that improve their socio-economic conditions and community well-being.

As well, to promote a relationship with Indigenous peoples based on a recognition of rights, respect, cooperation and partnership, Indigenous recipients of federal infrastructure investments will benefit from: early and meaningful engagement in the project planning process; increased employment and procurement opportunities; and higher federal contributions for approved infrastructure projects.

Infrastructure Canada has opened up eligibility to all Indigenous communities through the $33 billion being delivered under the bilateral agreements signed with each of the provinces and territories.

“Major projects funded under the bilateral agreements are to provide employment and/or procurement opportunities for underrepresented groups, which include Indigenous Peoples.”

Throughthe Smart Cities Challenge, we have created real opportunities for Indigenous communities to identify promising ways to use data and connected technology to improve the lives of Indigenous people. Indigenous projects applicants from Akwesasne, Nunavut, Cree Nation of Eastmain, St. Mary’s First Nation, Biigtigong Nishnaabeg and Opaskwayak Cree Nation are among the finalists who have been invited to submit project proposals and qualify for millions of dollars in prize money.

Our programs also provide for a higher federal contribution to projects led by Indigenous recipients compared to provincial or municipal recipients. We have also implemented a Community Employment Benefits requirement, which states that major projects funded under the bilateral agreements are to provide employment and/or procurement opportunities for underrepresented groups, which include Indigenous Peoples. 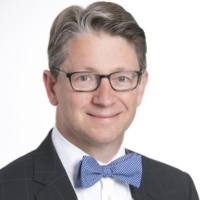 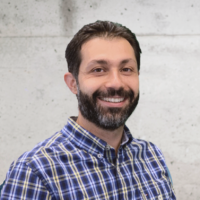 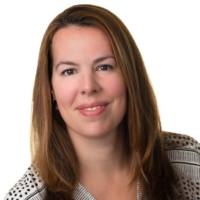 François-Philippe Champagne is Canada’s Minister of Infrastructure and Communities. He served as a parliamentary secretary from 2015 until 2017, when he was appointed Minister of International Trade.Minister Champagne has more than 20 years of experience in large international companies, particularly in the fields of energy, engineering, and innovation. He has held senior leadership roles at ABB Group and AMEC, and has served on the boards of the Incheon Bridge Corporation and the Center of Excellence in Energy Efficiency. In 2009, he was named Young Global Leader by the World Economic Forum.

Infrastructure Canada leads the Government of Canada’s investments into the nation’s public infrastructure assets, 98% of which are owned by provinces, territories and municipalities. Through the $180 billion Investing in Canada plan, Infrastructure Canada is building economically vibrant, strategically planned, sustainable and inclusive communities.