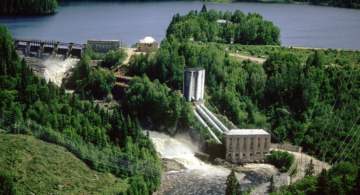 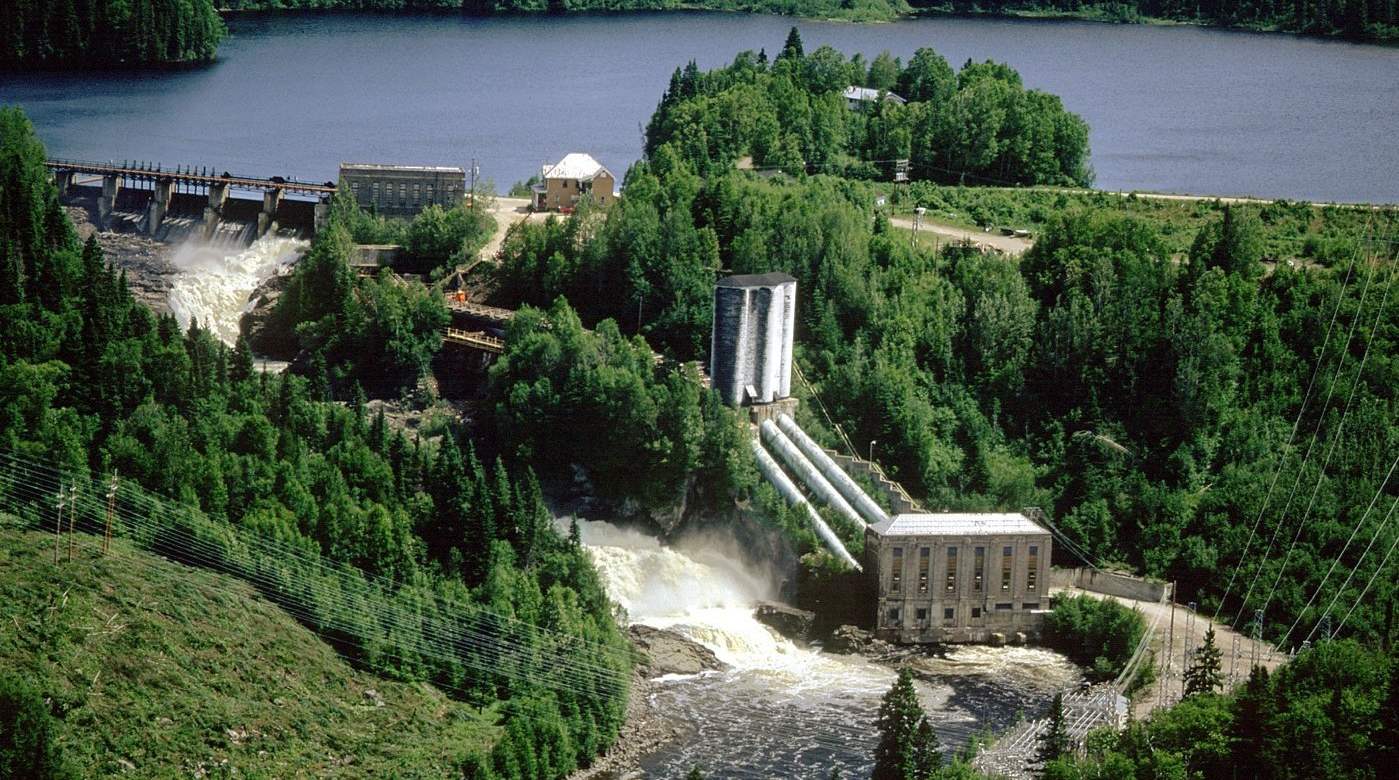 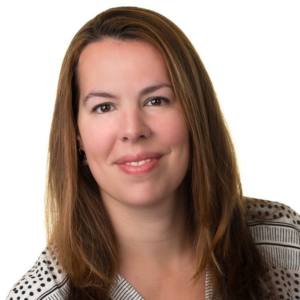 I would like to invite Canadians to rediscover hydropower and develop a strong sense of pride for this great technology that has many valuable attributes such as clean, renewable, reliable and affordable electricity. Hydropower is being produced in almost every province and territory, and there is potential to produce even more from coast to coast to coast. Waterpower truly is Canada’s natural advantage.

What are the significant opportunities and challenges for Canada’s hydropower sector?

Climate change is a very polarizing topic and it should not be. It touches every community, economic sector and is a global issue. We all need to commit to implementing the right suite of solutions that are going to allow us to decarbonize.

“Although hydropower already produces 60% of electricity in Canada, we could still more than double our installed capacity.”

The good news is that Canada has those solutions. We have to remind ourselves that many countries do not have the wealth of options necessary to grow the economy while mitigating and adapting to climate change. Here in Canada, we actually have a lot of low hanging fruits that we could harvest tomorrow to start getting us on the path to 100% non-emitting electricity, and clean electricity as our single largest energy source.

Although hydropower already produces 60% of electricity in Canada, we could still more than double our installed capacity.Hydropower could replace coal in our electricity generation as we decarbonize more and more of our economy. But, that opportunity is modest.

The real opportunity for the hydropower sector is the electrification of the economy: fuel-switching from fossil fuels to clean electricity in the transportation, industrial and buildings sectors. This is not going to happen overnight, but we will witness hydro and other renewable electricity sources continue to grow as a share of not only power generation, but also of our total energy-mix. Moreover, more electricity exports and population growth will add up to new demand for electricity and energy.

“It takes 8 to 12 years to get a project from the planning phase to commissioning, so we need to look at ways to optimize that process in order to use hydropower to its full potential to meet our decarbonization targets by 2030 and beyond.”

The challenges on the other hand are really around very lengthy permitting time for new projects. It takes 8 to 12 years to get a project from the planning phase to commissioning, so we need to look at ways to optimize that process in order to use hydropower to its full potential to meet our decarbonization targets by 2030 and beyond.

How would you say hydropower competes with other sources of renewable energy in Canada?

Hydropower is what we like to call the original renewable. We have been around in Canada for over 130 years. The oldest hydropower facility in Canada was commissioned in the late 19thcentury in Ottawa at Chaudière Falls, and it is still producing electricity today. Hydropower has literally built Canada and continues to support our economy, infrastructure and other sources of energy.Hydropower plants provide the grid services that are necessary to integrate wind and solar energy such as flexible generation, energy reserves and other ancillary services such as voltage and frequency control.Energy storage and batteries are currently hot topics in green technology, but we must not forget hydro’s long duration reservoir energy storage.

“Hydropower plants provide the grid services that are necessary to integrate wind and solar energy such as flexible generation, energy reserves and other ancillary services such as voltage and frequency control.”

It is true that other renewable electricity resources are making advances, and their cost is decreasing. That being said we don’t see ourselves as competing against other newer renewables. We are partners. We are all aiming for the same goal, which is to promote and deploy more and more clean and renewable electricity. The Canadian Council on Renewable Electricity (CanCORE) was created in 2015 and is actually the marriage between wind, solar, hydro and marine renewables. We created CanCORE because we felt the need for a combined voice for renewable electricity in Canada. Together, we generate about 65% of the total electricity in Canada, which makes Canada’s electricity grid one of the cleanest in the world. But, no one tells this Canadian success story, so we need to communicate it better to Canadians. CanCORE has worked together on advocacy and has been a very successful partnership.

Is there collaboration between the large incumbents and smaller disruptors when it comes to power generation?

In Canada, we are lucky that the market allows utilities, private project developers and Independent Power Producers (IPPs) to collaborate in a variety of ways. But, Canada’s electricity markets differ depending on the province or territory you’re located in, so opportunities for collaboration tend to be very case specific as a result. Collaboration is already happening through agreements between certain provinces. Generally speaking, the market is open for public and private sector players to invest in hydropower. I think we just need to get better at raising awareness around the opportunities in hydro.

How would you describe the relationship between the hydropower sector and Indigenous communities, and how can it be improved?

I think strengthening Indigenous relations is embedded into our way of thinking and doing things in Canada. We have one of the most stringent sets of rules and regulations when it comes to environmental protection and Indigenous relations. Having said that, some projects developed in the 1950s and 1960s definitely could and should have been more inclusive. Tremendous progress has been made over the past few decades and the hydro sector pays a lot of attention to inclusivity and environmental protection, not just during the planning phase, but throughout the life of the facility. For example, the Site C project in British Columbia is sometimes painted in the media as being controversial, but I believe that Canadians will certainly support it once it is commissioned and is producing clean and renewable electricity – and many already are. It takes a lot of courage and determination to get a large infrastructure project off the ground and we should all collectively celebrate the leadership role Canada plays in the hydropower sector. Unfortunately, the whole world is seeing a wave of opposition to large infrastructure projects, so this is not limited to hydropower.

“Indigenous relations, by definition, are very project specific. There is no ‘one size fits all’ approach.”

Indigenous relations, by definition, are very project specific. There is no ‘one size fits all’ approach.We publish a document every year, called “Path Forward”, which identifies and recognizes the projects that have worked closely with and built strong relationships with communities. Sharing the benefits of the project with affected communities could take different forms such as joint ventures, Indigenous procurement opportunities, training and equal partnerships. I am seeing this kind of collaboration happen in every province and territory throughout the country. So, I definitely think that hydropower is one of the most inclusive sectors for Indigenous communities. Are we perfect? No, we are not, but we are certainly, as an industry, committed to continuously improve. It is unfortunate when the media sometimes highlights a single controversial project, which tarnishes the image of the entire industry and shadows ongoing excellent relationships.

Where do you see the main opportunities for the export of Canadian hydro energy and technology globally?

We are seeing a big wave of hydro projects in Asia, Africa and South America, so those markets come to mind first. Canada has been recognized as a real hub for hydropower knowledge and expertise. People from all around the world visit us to learn our environmental best practices and our approach to Indigenous engagement. On top of that, we are leaders in patents and new technologies. Hydro-Quebec has its own research center, the Institut de recherche d’Hydro-Québec (IREQ), which is conducting tremendous research and innovation. A lot of hydro producers, generators and suppliers are doing the same and exporting their knowledge and high-end innovation.

“We are already a net exporter of electricity to the US, but we only represent about 1% of the total electricity consumption in the US. It goes without saying that there is still room to grow.”

We are already a net exporter of electricity to the US, but we only represent about 1% of the total electricity consumption in the US. It goes without saying that there is still room to growand that we are ready and able to help decarbonize some states south of the border. The Mayor of New York recently announced that he was very interested in bringing clean and renewable hydropower from Quebec to his city. We could also export all the way to California and beyond, to regions that have been experiencing severe droughts and need a stable electricity source to accommodate more renewables onto their grid. If we are serious about tackling climate change, decarbonization has to be a continental and global objective in which Canadian hydropower can play a very significant role.

“If we are serious about tackling climate change, decarbonization has to be a continental and global objective in which Canadian hydropower can play a very significant role.” 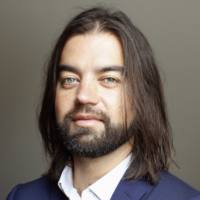 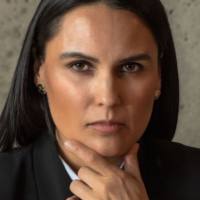 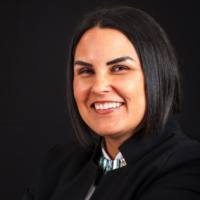 Anne-Raphaëlle Audouin is the President of WaterPower Canada. She has been working in the natural resources sector for more than 10 years. In 2019, Anne-Raphaëlle was appointed by the Canadian federal government to serve on the North American Commission for Environmental Cooperation (Joint Public Advisory Committee), a trilateral organization with the mission to promote continental cooperation in ecosystem protection and sustainable economic development, and to ensure active public participation and transparency in the Commission’s actions.

WaterPower Canada (WPC) is the national, not-for-profit trade association dedicated to representing the waterpower industry. Its members span the breadth of the sector and include hydropower producers, manufacturers, developers, engineering firms and other organizations. WPC represents almost all of the waterpower installed capacity in Canada, and advocates for the responsible development and use of waterpower to meet our present and future electricity needs in a sustainable manner.