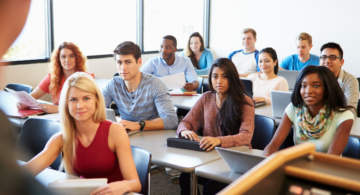 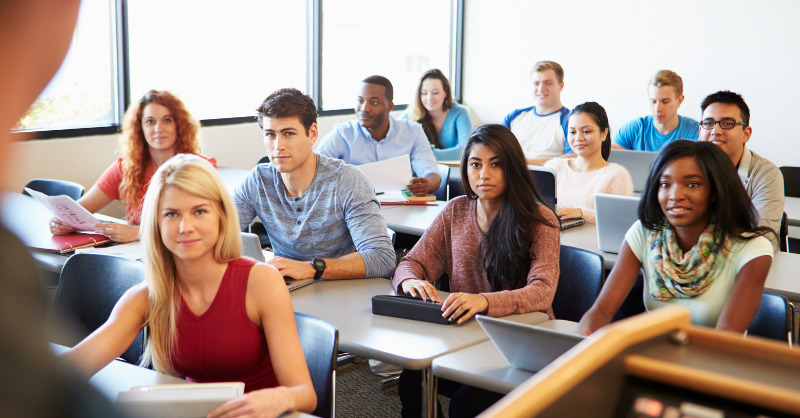 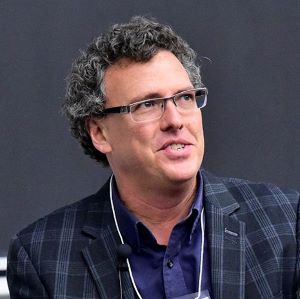 While face-to-face learning is important, a well thought out e-learning curriculum could largely benefit students by integrating structured practice of the core skills needed to drive entrepreneurship: critical thinking, creative thinking and collaboration.

What are the defining characteristics of an intrapreneur?

I am very passionate about teaching, and I believe that students need to learn the course content, but they also need to develop their transversal skills: critical thinking, creative thinking, communication skills and collaboration skills. I firmly believe that those skills are only developed through repeated structural practice.

I had a challenge a few years back in how I can teach my very large class—about 1,600 people at a time—while giving students an intrapreneurial mentality. We started developing a technological tool that could challenge that problem, and that is what an intrapreneur does: looks for a problem in need of a solution and then goes about trying to create that solution.

Many years ago, we created peerScholar for my class, and did research on it and honed the research, and then suddenly it became in demand outside of the classroom. That was the step for me to see the bigger picture and that we had created value at a much larger scale. 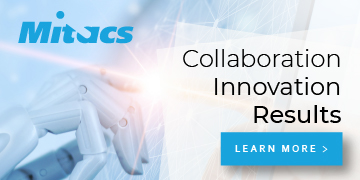 What is the value of intrapreneurship to an organization and what are some of the potential benefits or risks?

If we imagine that we have traditionalists that are doing things traditional ways which are time tested, you do not want too many people like me doing crazy things. In a university, the student body would react. They have learned to tolerate my experimentation and see the value of it, and it is good to have a few people like me that are kind of kicking the hive or doing things in a different way, looking for creative or alternative approaches, but you have to have a specific mindset to do that. Intrapreneurs have to have a certain amount of risk tolerance, and you have to do damage control pretty quickly because when you try new things it creates damage.

“Intrapreneurs have to have a certain amount of risk tolerance.”

Having a few people like me at an organization is good in order to see where those boundaries are and where the traditional approach could be removed, but it is good to have a core of traditionalists that are steadying the ship while you have intrapreneurs rocking the ship from the sidelines.

Can you elaborate on the benefits of intrapreneurship?

We have this term “fresh eyes,” that sometimes it is good to have fresh eyes on your work, and intrapreneurs have that mentality all of the time. Intrapreneurs are always looking at the current state as something that can be improved upon, and trying to imagine in a very creative way the different directions than the one most commonly taken. That is like a scout of a monkey troop—somebody who is trying different avenues, and maybe five do not work, but the last is really great. This gives you that pushing of the envelope, which sometimes becomes a competitive advantage for an organization if you have competitors who are doing what you do and it is very important to be that next step ahead. Those intrapreneurs can take you the next step ahead and differentiate what you are offering from your competitors.

Are intrapreneurs better suited to certain positions within an organization?

I do not know how idiosyncratic this is, because I know myself well but not a whole class of people like me. But I do know, to some extent, that within a traditional organization I do not think I am a good leader. I am not sure you want your leader being the one trying these five different approaches all the time while the others are watching.

“Intrapreneurs are always on the fringe, because you are not doing things the way everybody else is.”

A leader needs to be steady, more of a traditionalist and the one that weighs these different approaches. Whereas someone like myself is more of a person in the trench trying different things and getting excited about some but not others, and then informing the rest of the community about it.

Intrapreneurs are always on the fringe, because you are not doing things the way everybody else is doing things and that is good because it gives the intrapreneur some freedom to do things their own way, but ultimately, they want to come back. The intrapreneur’s role is a sort of rebel that is not always totally appreciated, because there is a sense that the intrapreneur might think that the organization could be doing better, which casts a hint of judgement on those that are doing it the current way. Sometimes, other people can think intrapreneurs can be annoying, and they need to succeed in literally raising the ship and helping everybody. It is a funny role, but it is a fun one as well.

What are the risks of having too many intrapreneurs in an organization?

To some extent, these intrapreneurs are defined by being risk tolerant. They are willing to do things in a different way, in my case even with a 1,600-student class you are willing to add a twist that could blow up in your face. If there is a small group of people doing that and if the people they are interact with understand it, they will see the value and excitement. If that is a class, a student encounters it that way, then that is exciting and interesting. If it was every class, there is a certain anxiety that comes with experimenting when you are playing with how students do things.

Yes, there are risks involved—but there are also huge benefits. It is like every entrepreneurial investigation, you have to have a lot of ideas before you have one that has great traction, which means you are exposing an organization to a lot of ideas that go nowhere. That is okay on a small scale, but there are a lot of risks for corporations to take on, so it is best to have pockets of innovation.

“Intrapreneurs have to be willing to understand the dance involved in innovation, and the friction that is involved in that dance as well.”

Another example, which relates to intrapreneurship, are advocates. There are so many things to advocate for in life—from animal rights, to women’s rights and minority rights—and if you have six different advocates out in front, it could just confuse us, and we would not want to listen to any of them even if they had good, structured arguments. It is the same way with intrapreneurs; we are the people saying, “Look at this shiny thing, we could do it this way.” An organization can tolerate one or two of those people, but if it has eight than that is too big of an ask for them to think through these new ideas deeply. That is part of the reason why the ratio has to be right, and the person has to be willing to have some backlash if they are thrusting their new ideas on people, because people do not always enjoy that. Intrapreneurs have to be willing to understand the dance involved in innovation, and the friction that is involved in that dance as well.

What must leadership do to balance the upsides and downsides of intrapreneurship?

The leader does have a very important role in a couple ways. First of all, they have to give intrapreneurs the space to breath and work, and that means intrapreneurs operate outside of their traditional norms of how you judge someone’s progress and literally let them go their own way. You also have to insulate the rest of the group to a point where the intrapreneur comes back with something of value. The leader has to watch and be engaged with what is going on but be not too quick to import these ideas into the more traditional structure until there is an idea that is proven and really good.

It is almost back to the point where we cannot listen to everybody and advocate for their great idea all of the time, but once an idea has legs and merit, the leader can bring it back to the team and have them listen to it. The leader can ease some of the frictions and keep the ship going well, while also keeping an eye on future directions that could be promising. That role is critical.

What would you pitch in 30 seconds to improve Canada’s culture of intrapreneurship and what would you tell them?

My pitch would be to the government. My 1,600-student class is now doing work-integrated learning with the Ontario government to give them some ideas about e-learning. This is my attempt to do exactly what you are describing, pitching to these people who are considering how optimal the future e-learning system would be. If we get some good ideas to them, and Ontario embraces it, then maybe it can go broader than that.

“These skills are the core of entrepreneurship: critical thinking, creative thinking and communication. And like any skill, nobody is born with it.”

A lot of people will claim that online learning is a poor substitute for face-to-face learning, and in some cases that is true. There are things you can do in a face-to-face context, like real-time human interactions that are critical, and students will need that somewhere. But there is also a lot you can do online, especially in skill development. These skills are the core of entrepreneurship: critical thinking, creative thinking and communication. And like any skill, nobody is born with it. They have to spend time in structured practice to develop that skill. We need to look for solutions and processes that bring that practice into the education system, preferably not at the university level but in grades four or five. It makes those skills second nature, for when they need them most and are looking for a career. 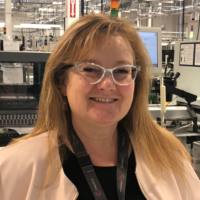 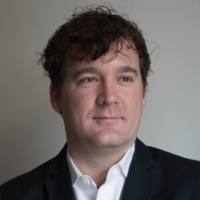 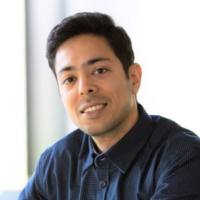 Organization Profile: The University of Toronto is a globally top-ranked public research university located in Toronto, Ontario. It was founded in 1827 and is the oldest university in the province of Ontario. It comprises eleven colleges and has two satellite campuses in Scarborough and Mississauga.