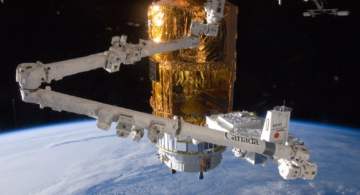 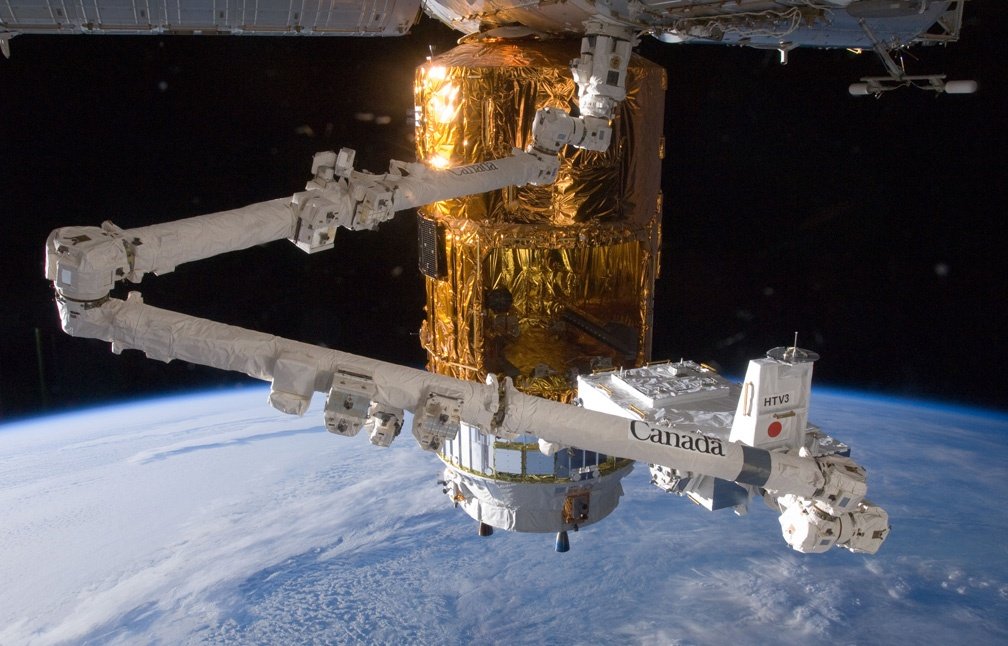 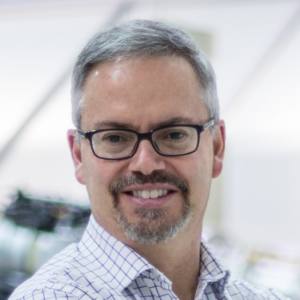 Government and private investors must recognize that the global, and therefore Canadian, space economies are a brilliant investment opportunity. Over the course of the next two decades, we are going to see a $1 trillion rise in the global space economy – this is a huge opportunity. And Canada is well positioned to benefit from it.

What is the Canadian space industry’s contribution to our overall economy and how competitive is it internationally?

Canada is one of the leading nations in space. Canada was the third country in the world with a presence in space with the launch of the first of the Alouette satellites back in the early 1960s. So not only are we a leader, but we also have a lot of historical heritage with respect to successes in space. Canada has always worked in partnership with Canadian industry and academia to develop its space program. In fact, we rely on industry to deliver innovative science and technology solutions to Canadian and global challenges such as connectivity in the North, science to monitor climate change, or earth observations to monitor our ecosystems and safeguard our security and sovereignty.

“In 2017, all Canadian organizations that form our space industry generated $5.6 billion in joint revenue. More importantly, $2.1 billion of that was earned through exports.”

In Canada, we have a capable Canadian space industry and space economy that is yielding fantastic results. CSA surveys organizations that deal with space on an annual basis. In 2017, the Canadian space industry generated $5.6 billion in joint revenue. More importantly, $2.1 billion of that $5.6 billion was earned through exports. Collaboration is part of our DNA. Canada has signed a number of MOUs with other countries like Australia and the United Arab Emirates (UAE), which are likely to open doors and markets for Canadian companies. Canada was also able to set up B2B meetings through government connections. Hundreds of Canadian organizations deal in space and directly employ 10,000 Canadians, 40% of whom are highly qualified personnel like engineers, doctors, and scientists. We have estimated that the space sector itself supports close to 22,000 jobs in the greater national economy.

What are the major changes, challenges and opportunities in the space economy today?

One of the biggest changes that global space programs are experiencing is an increase in commercial space activities. It will be imperative for space companies to adapt to the new commercial space reality in order to survive.  20 years ago, there would have been 20 to 30 countries that had a space agency and were interested in space. Today, over 80 countries are involved in the space economy. Back then, pretty much all of the investments in space were made by governments. Now, in Canada, the percentage of government-generated revenue within the sector  is now only 13% of total space sector revenues. Given this, the role of government should be attracting investment, promoting innovation and competitiveness, creating opportunity and driving socio-economic development.

Today, in our new Space Strategy, we highlight the importance of partnering with industry. We want to ensure that government is able to support industry to be as competitive as possible, win contracts and deliver. Furthermore, both government and private investors must recognize that the global, and therefore Canadian, space economies are a brilliant investment opportunity. Over the course of the next two decades, we are going to see a $1 trillion rise in the global space economy – this is a huge opportunity. And Canada is well positioned to benefit from it.

“One of the biggest changes that global space programs are experiencing is an increase in commercial space activities.”

For example, the Canadian Space Agency has held “industry days”, during which we introduce large global players to Canadian space SMEs. This year, we brought in Blue Origin, Moon Express and Airbus. We sat Blue Origin down with a dozen Canadian SMEs in a speed-dating format. Over time, these business-to-business (B2B) meetings have resulted in numerous letters of interest, if not contracts, for our SMEs.

Unfortunately, the average Canadian’s level of awareness about Canada’s space economy is low, which is a big challenge for us. But, when we explain how public sector investments in space will directly benefit Canadians on Earth, they begin to understand the importance of space. And interest in that is a big opportunity to engage Canadians. Interest in CSA social media and our activities is now breaking records with respect to government activities. Before he launched, David Saint-Jacques did a tremendous amount of outreach activities seen by millions of people throughout Canada. Through this kind of outreach, we target children and STEM students and encourage them to both stay in school and engage in a STEM program.

How competitive is Canada in this new global space economy?

Canada’s space industry is recognized worldwide for our collaboration and know-how. We have a track record of delivering on our projects, programs and promises in terms of time, scope and cost.

“Being a full partner in the NASA-led Lunar Gateway will ensure a bright future for Canada’s Space program that includes: leadership in specific technology areas, our astronaut program, Canadian science advancement and socio-economic benefits for Canadians.”

From a technological standpoint, Canada is a global leader in satellite communications (satcom). We were the first country in space with a communication-driven satellite and an early adopter of satellite technologies, given our unique geography. Canadian satcom companies like Telesat are highly successful and satcom is now an established commercial part of the Canadian space economy. Another area of strength for Canada is Synthetic Aperture Radar (SAR), which is a technology that allows satellites in space to use radar to observe the Earth. This is an example of remote sensing and, using radar, we can see through clouds and operate at night, providing imagery to support science, government operations and even for industrial clients to enable business decision making. This is an important difference from optical satellites, which can only capture clear images on bright, sunny days. Canada was the leader in SAR technology and launched its first satellite called RADARSAT-1 in 1995. Subsequently, we launched RADARSAT-2 and are about to launch three new satellites complementing RADARSAT-2 in 2019. Every time we have put these satellites in space, we see a new leap in technology and capability, and new uses for the data, which keeps Canada at the leading edge of space tech. In terms of human health research, Canada is using its astronaut presence on the International Space Station (ISS) to focus on medical research that can help us learn about the diseases of aging, given the similar, but much more rapid changes that occur to astronauts in zero gravity.

What are the key elements of Canada’s current national space strategy, and what do they mean for our future economy?

Minister Navdeep Bains, Canada’s Minister of Innovation, Science and Economic Development, is a great champion of space. On March 6, 2019, he unveiled Exploration, Imagination, Innovation: A New Space Strategy for Canada.

The Space Strategy is a high-level document that sets out priority directions for Canada’s space program. It recognizes space as a strategic asset for Canada, where all of government works together so that Canadians can continue to rely on space to help meet national needs. The Strategy also places priority on harnessing space science and technology to solve important challenges on Earth.

Canada’s commitment to participating in the Lunar Gateway forms the cornerstone of our Strategy, which aims to leverage Canadian strengths like robotics, while advancing science and innovation in exciting areas like AI and biomedical technologies. Furthermore, to help prepare the next generation for the jobs of the future, the Junior Astronaut initiative will capitalize on the inspirational power of space to engage youth in science, technology, engineering and mathematics (STEM), among the wide range of space-related skills and activities.

“Canada’s commitment to participating in the Lunar Gateway forms the cornerstone of our Strategy, which aims to leverage Canadian strengths like robotics, while advancing science and innovation in exciting areas like AI and biomedical technologies.”

The Strategy describes how the Government will position Canada’s space industry to take full advantage of the growing global space economy while ensuring that Canada keeps pace. It will also support innovative space firms through a dedicated investment program, the Lunar Exploration Accelerator Program, so that they can scale up and thrive both in Canada and abroad.

With regard to the Gateway, Canada announced its intention to partner on the next major human exploration and science mission, the NASA-led Lunar Gateway. It is the first step of an ambitious plan by NASA and the ISS partners to send humans deeper into space, back to the Moon, and perhaps one day beyond. Beinga full partnerin the NASA-led Lunar Gateway will ensure a bright future for Canada’s Space program that includes: leadership in specific technology areas, Canadian science advancement and socio-economic benefits for Canadians. It will ensure a bright future for Canada’s astronaut program by setting the stage for flight opportunities for our current and future astronauts. It will also allow the Canadian science community to perform scientific investigations around and on the surface of the Moon, and to test cutting edge technologies in the harsh environment of deep space and radiation.

Providing Gateway robotic capabilities is a significant contribution to this mission that will position Canadian industry for future opportunities as robotics integrators and operators, as well as open new markets such as the growing on-orbit servicing market.

How does Canada’s regulatory environment affect its space economy?

Companies want regulations that are clear and transparent, and provide a predictable set of requirements for space activities in Canada to support decision making, attract investment, promote innovation and competitiveness, create opportunity and drive socio-economic development. Each country needs to balance the tightrope of setting up appropriate and clear regulations without creating bureaucracy. There is always room for improvement to accommodate for the shift from a government-driven to a commercially-driven sector.

“Space is a global commons, so all states need to understand how to create a secure and safe environment.”

We are actively trying to enhance our efforts in this regard. Canada was recently the chair of the UN Committee on the Peaceful Uses of Outer Space (COPUOS). During Canada’s tenure as chair, the Committee successfully developed 21 voluntary guidelines to support the long-term sustainability of space, by seeking to limit the creation of debris and promoting safe space operations. The task at hand now is for each member state to nationally implement these guidelines. Space is a global commons, so all states need to understand how to create a secure and safe environment. For example, we know that debris is a big issue in space. This is one of the challenges that the sustainability guidelines seek to address. 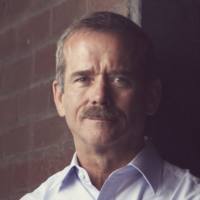 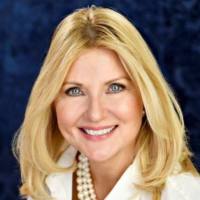 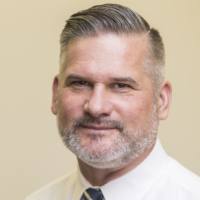 Sylvain Laporte was appointed President of the Canadian Space Agency in March 2015. Prior to this, he was the CEO of the Canadian Intellectual Property Office from April 2011. Previously, he held the position of Executive Director, Industrial Technologies Office at Industry Canada, where he managed financial contribution programs in R&D for aerospace, defence, security and space industries. Mr. Laporte gained extensive experience as an aerospace engineer over the course of his 20-year career with the Canadian Armed Forces. He earned a BSc. in Computer Science from the Collège militaire royal de Saint-Jean and a Master’s Degree in Computer Engineering from the Royal Military College in Kingston.

The Canadian Space Agency (CSA) is a federal agency responsible for coordinating all of Canada’s civil space-related activities. It was established in 1989 with the mandate to promote the peaceful use and development of space, to advance the knowledge of space through science, and to ensure that space science and technology provide social and economic benefits for Canadians.