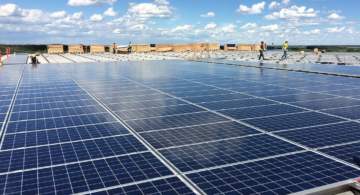 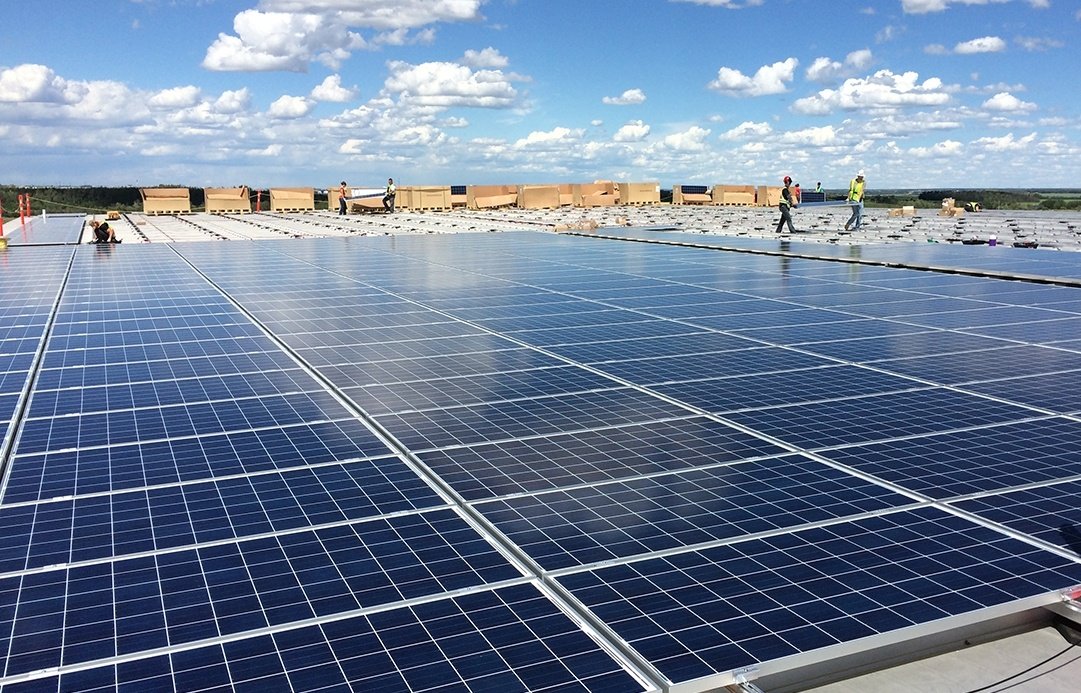 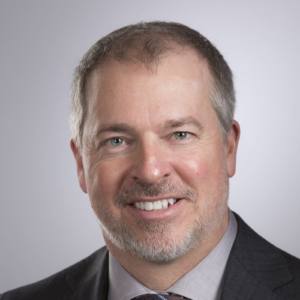 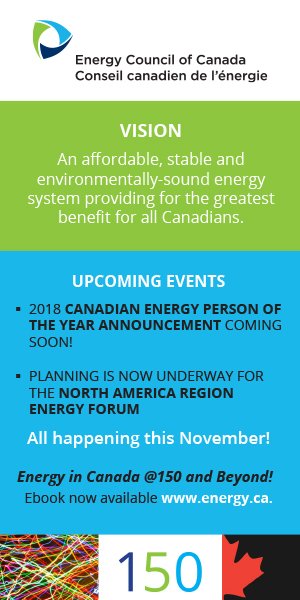 The advent of renewable, distributed solar PV is compelling us to reimagine the electricity sector as surely as the introduction of the cellular telephone drove innovation in the telecommunications sector. As consumers we must now demand products and services that enable us to generate and manage our electricity needs in the most cost-effective and sustainable way possible.

Is Canada on target to meet its emission reduction goals and what role must the energy sector play in achieving them?

Due to a protracted history of inaction, our ability to meet our target of 30% emissions reductions by 2030 is already in question.

Every nation has its own pathway to reaching their decarbonization targets. Canada’s pathway is to significantly increase our non-emitting electricity supply and achieve widespread electrification across all sectors of the economy including transport, buildings and industry.

“Canada has no choice but to [focus on widespread non-emitting electrification] given the fact that we have a fixed carbon budget but want to grow our oil and gas exports.”

Canada has no choice but to take this approach given the fact that we have a fixed carbon budget but want to grow our oil and gas exports, which are very important to our economy. Governments of every stripe are coming to the conclusion that Canada’s non-emitting electricity system will enable us to be an economic powerhouse on the global stage. 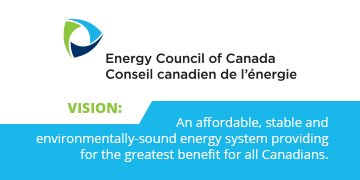 How competitive is Canada’s solar industry and how do you see the sector building on its strengths going forward?

It depends on your definition of “competitive”. In terms of installed capacity, just by virtue of the size of our population and gross domestic product, we are not going to be installing the amount of capacity that you see in much larger countries like China, India or the United States.

“Solar is one of the most dynamic areas for utilities both as an option for “non-wires solutions” to local grid issues and for a potential customer offering.”

Canada does have a very distinct advantage in innovation, particularly in the areas of distributed generation, smart grid and solar enabling technologies. By solar-enabling technologies, I mean things like battery storage that go along with distributed generation. Ontario, for example, is a North American leader along with California in integrating storage with solar photovoltaic (PV). We are also a global leader in integrating different types of electricity technologies together, such as assimilating nuclear with wind and solar. By utilizing our tremendous resources in academic research and development for cleantech, we are emerging as a global leader in the solar industry.

Do you see a paradigm shift in terms of incumbent Canadian energy companies’ adoption of solar today?

Yes, a paradigm shift in two ways: a surge of activity from generators to understand how to compliment their existing portfolios with solar energy to meet growing demand; and changing perceptions of system operators, electricity distributors and regulators on the role of solar energy on the grid as it moves from the periphery to the mainstream. In both cases, the learning curve is steep but rapid progress is being made.

At CanSIA, we are focused on how solar turns consumers into prosumers who want to have more control over how they consume, produce and pro-actively manage their electricity supply. This shift from consumer to prosumer is moving the generation and generators closer to the consumer – both in terms of the location of the physical asset, and their relationship with the end-user. Centralized and distant approaches are becoming a thing of the past, becoming supplanted with more distributed and consumer-focused energy offerings.

“The shift from consumer to prosumer is moving the generation and generators closer to the consumer – both in terms of the location of the physical asset, and their relationship with the end-user.”

One critical barrier that makes it more difficult for large electricity consumers to embrace solar electricity is that – with the exception of Alberta – none of the provincial markets enable private sector companies to directly enter into electricity generating agreements with renewable energy providers at a large scale, outside of “net-metering”-type arrangements that can impose sizing and siting restrictions. For example, throughout most of Canada there are limited or no options but to meet your electricity needs from the grid.  In the United States, companies like Microsoft, Google and Amazon are becoming the largest purchasers of renewable electricity and doing so directly from the generators. They do not have that same opportunity to do so here and that gives us a real disadvantage.

The second major paradigm shift is that in response to the expectation for major growth in solar energy, system operators, electricity distributors and regulators are beginning to explore the role of the solar energy on the grid – and in many cases are leaving their conservative assumptions behind. In Ontario, it has taken almost a decade for the electricity distributors to embrace solar. But we now see that it is one of the most dynamic areas for utilities both as an option for “non-wires solutions” to local grid issues and for a potential customer offering. The value of solar is finally being understood in Ontario and we are seeing electricity distributors and regulators throughout the rest of Canada playing catch-up as their electricity customers are increasingly demanding clean, smart and locally generated energy.

How attractive is the solar industry for young professionals?

Solar energy is a very dynamic space with a great deal of innovation and that kind of environment is always attractive to younger people. The awareness of how quickly things are changing in the solar energy field has been helped significantly by companies like Tesla that are consistently coming out with new products and services. Tesla’s purchase of the largest residential solar provider in the United States, Solar City, was another significant milestone. Most of your readers will be familiar with the new roof-integrated solar PV systems. Tesla is reaching out to people who have this technology and they are educating them on additional tools such as battery storage systems to push their renewable energy systems to another level.

We are also observing that distributed solar is becoming a linchpin for a large variety of solar enabling technologies like storage and smart software. This technology enables the consumer to make smart decisions about how and when to use solar electricity. For example, whether to charge up your battery or use it to power load in your home or arbitrage electricity with the electricity grid and your local utility. These solar-enabling technologies are completely changing the way people and businesses produce and manage electricity. What has been a very rudimentary electricity system is turning into a very smart system that requires all different types of technologies and innovations to make it work within the existing system. I should also point out that Solar energy creates 10 times as many jobs as any other type of electricity generation technology per MW installed or MWh generated. The type of growth that we are seeing in the United States and in parts of Canada around solar-related jobs is creating a bottom line for why young people are really attracted to the space.

“Solar energy creates 10 times as many jobs as any other type of electricity generation technology per MW installed or MWh generated.”

When young people get into the industry, they quickly realize that Canada’s active research and development environment is partnering with commercial businesses to create some very innovative products. These include solar being built into glass and windows as well as solar paints. There is current experimentation with passive charging between solar pieces of glass that are embedded in asphalt, which charges electric vehicles as they drive along. There is a tremendous amount of innovation happening just in the solar technology itself.

Finally, if the tremendous participation of young professionals in CanSIA’s “Emerging Leaders in Solar Energy” is a predictor, then we are going to be experiencing tremendous growth in the number of people who are engaged in solar electricity. This organization has spread from Ontario to the entire nation. They are having a very profound impact on the type of curriculum that colleges and universities across Canada are offering in terms of smart grid and solar energy related training.

“Governments of every stripe are coming to the conclusion that Canada’s non-emitting electricity system will enable us to be an economic powerhouse on the global stage.”

The biggest area of opportunity for young professionals is with the electric utilities themselves. We share a common problem with the United States in terms of the aging workforce in our electric utility sector. This generational transition is coinciding with the biggest transformation that has ever happened in the electricity sector. I am talking about the transition from being a highly centralized one-way type of electricity system to a very smart two-way system where customers no longer just want to be receiving electrons. They also want to generate them and be able to manage them in a very cost-effective and environmentally friendly way. An influx of young energy professionals with more innovative ideas and higher expectations for customer service and environmental practices want to change the business model of the utilities, while greatly expanding the offerings that can be given to customers.

What future do you envision for Canada’s energy mix and economy in 2050?

I am confident that Canada can achieve a 100% non-emitting electricity-grid by 2050.

Our starting point is a significantly cleaner grid than all other developed nations with approximately 80% of generation coming from non-emitting sources. We have an abundance of low cost renewable energy resources and we have a long way to go before they begin to reach technical limits for integration. But when we do there are planned infrastructure upgrades to improve the interconnectedness of provincial electricity markets and incredible cleantech innovations including energy storage. The pace of change in our industry during the last decade has been nothing short of remarkable. I can only imagine what the next 10 years holds. 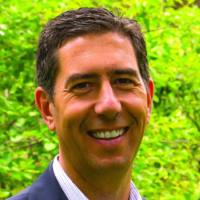 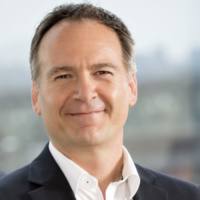 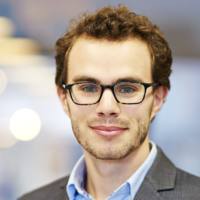 John Gorman is the President & CEO of the Canadian Solar Industries Association (CanSIA). He has 20 years of expertise in government relations and public policy as a solar energy and sustainable infrastructure professional. Prior to CanSIA, he was the SVP of External Affairs for Empower Energy, an energy management advisor to large corporations. He is a recipient of Canada’s Clean50 award for his outstanding contribution to clean capitalism and the “40 under 40” business award for excellence in business practices.