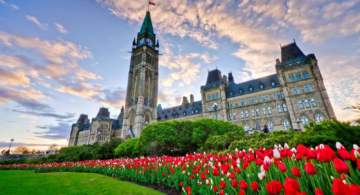 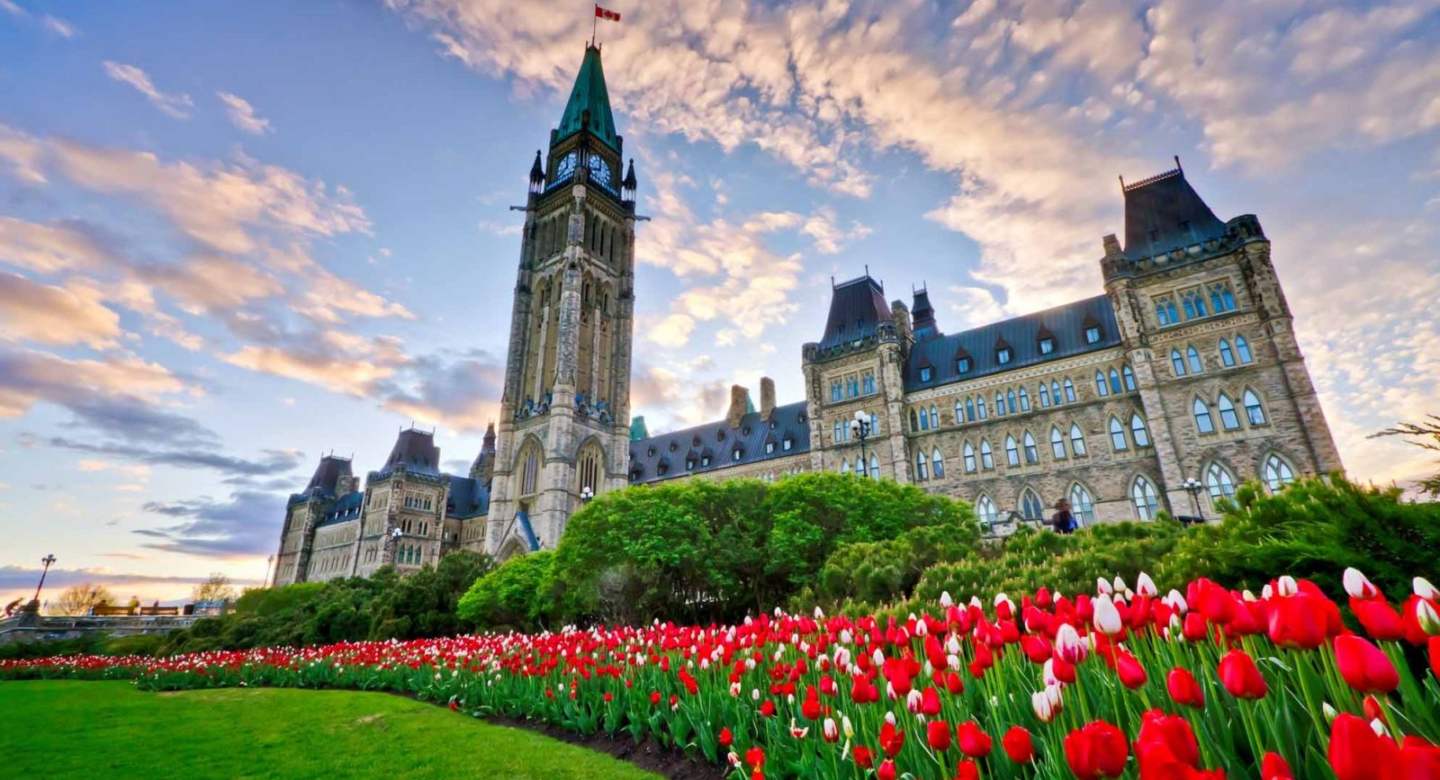 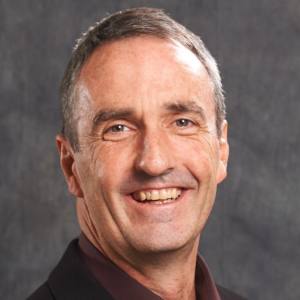 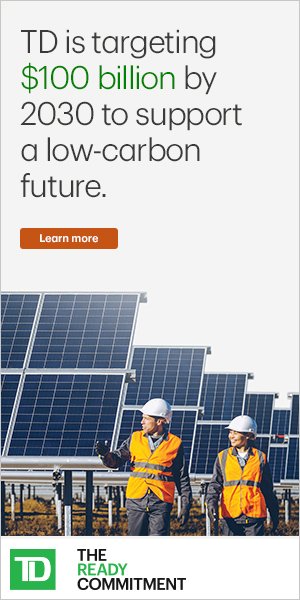 The world is shifting to a cleaner, more innovative economy. To keep pace with the global leaders, Canadian governments at all levels need to implement the Pan-Canadian Framework on Climate Change, while spurring innovation. We are on the right track, but we need to keep our shoulders to the wheel for the next 5 to 10 years to position Canada for economic and environmental success in a changing world.

Do you think Canada can achieve economic progress and environmental sustainability at the same time?

Yes, it is possible to grow an economy while lowering environmental impact, with the right polices and incentives. It is called ‘decoupling’ economic growth from environmental impact, and there are many examples of this around the world. Europe’s GDP grew by 45% since 1990, while their carbon emissions are down 20%. Ontario’s GDP went up 14% from 2005 to 2015, while its carbon emissions went down 19%. You can see a similar story for other pollutants. During the last 25 years, Canada has reduced sulphur dioxide emissions that cause acid rain by over 50% – which required major changes to energy generation and heavy industry production – and yet we have continued to enjoy some of the strongest economic growth in the OECD.

“It is possible to grow an economy while lowering environmental impact, with the right polices and incentives.”

So the point is that we know how to do it, we just have not done it on a broad enough scale yet. Of the world’s 12 most competitive economies, 7 are also leaders in environmental performance, according to World Economic Forum data – and Switzerland is number one in both. Achieving green growth isn’t rocket science. These leading countries put in place smart policies and incentives that reward firms and households for going green and spur innovation. Canada can do the same.

“Of the world’s 12 most competitive economies, 7 are also leaders in environmental performance.”

The idea that we have to pick between a healthy environment and a strong economy is a myth. There has been a series of recent reports by the world’s leading economic authorities all indicating that clean growth and innovation are going to be one of the largest global economic opportunities over the next 20 years, for all parts of the economy.The world is facing unprecedented environmental challenges – not just climate change but water scarcity and biodiversity loss – all putting more stress on the planet than any time in human history. That stress creates big environmental responsibilities, but also huge economic opportunities. The entrepreneurs and firms that can help solve those problems are going to make a lot of money. The global cleantech sector is expected to double in size over the next five years, and is on its way to becoming bigger than Canada’s entire GDP. It will also create huge opportunities around mining, forestry, agriculture and manufacturing, which are all Canadian strengths. McKinsey estimates that the market for resource efficiency and innovation alone will amount to about $3.6 trillion a year by 2030. 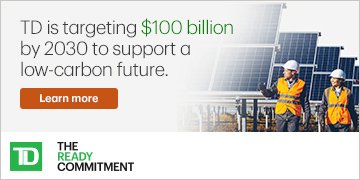 Is Canada on track to meet its Paris Agreement targets?

If Canadian governments put in place all the measures they have committed to in the Pan-Canadian Framework, we can get close to our Paris targets. That includes a price on carbon that increases steadily over time. But it also includes world-class standards for energy efficient buildings, electric vehicles, clean fuels, and significant investments in clean innovation and green infrastructure.

“If Canadian governments put in place all the measures they have committed to in the Pan-Canadian Framework, we can get close to our Paris targets.”

The good news is that most governments are moving forward with implementing those measures. At the federal level, the national carbon price backstop will soon come into effect. They have released draft regulations on clean fuels and are working on a standard for net-zero buildings. Most of the measures in the Pan-Canadian Framework are now beginning to be implemented. Obviously, there will be some soft spots along the way. The new government in Ontario so far has not been a strong advocate for climate action. But it has yet to come out with its own climate plan, so let’s wait and see what it does. Cancelling Ontario’s cap and trade system was a step backwards for Ontario; it will reduce the incentive for Ontario firms to shift to clean growth. But that is the purpose of the federal carbon pricing backstop. Just as we do with healthcare in Canada, the federal government has now set national minimum standards for pricing carbon and driving clean economic growth. So, the federal pricing backstop will probably kick in in Ontario and Saskatchewan, to ensure that we have the economic incentives for low carbon activity across the whole country.

How can Canadian companies maintain their competitiveness while getting taxed higher than global competitors?

Canada’s tax system is globally competitive overall. The short-term challenge Canada faces is that the US has brought in one of the largest tax cuts in history and Canada needs to take some action to respond and maintain its competitiveness, while driving clean growth. The Finance Minister has indicated that the next budget will focus on this, and I think it is a great opportunity to create tax reductions in a targeted way that reinforces the shift to clean growth, rather than simply matching Trump in a race to the bottom on taxation.

For example, the US has given businesses 100% capital cost allowance in one year for investments in new technology and equipment of any kind. So that includes things like investing in new coal power plants, which is not what we want to be subsidizing. Canada could be more strategic, and give accelerated capital cost allowance targeted at the technologies for a next generation economy – particularly clean technologies.

“The evidence from across Canada and the world consistently shows that well-designed carbon pricing drives emission reduction without harming competitiveness.”

We also need to debunk the myth that carbon pricing hurts competitiveness. It doesn’t. BC is a perfect example. It has had a substantial carbon tax since 2008, and during that period it has outpaced the rest of Canada on both emissions reduction and GDP growth. The evidence from across Canada and the world consistently shows that well-designed carbon pricing drives emission reduction without harming competitiveness. Why does it do that?

Firstly, the price on carbon spurs innovation; it drives firms and households to find new, lower cost ways of reducing emissions. Carbon pricing turns pollution reduction into an economic opportunity that taps into the entrepreneurial, innovative parts of businesses and human nature. The price itself drives innovation.

“Carbon pricing turns pollution reduction into an economic opportunity that taps into the entrepreneurial, innovative parts of businesses and human nature.”

Secondly, we need to recycle the carbon tax revenues to bolster clean competitiveness and there are two main options. You can use the revenues to cut taxes as British Columbia has done, or you can use them to invest in economic incentives, which is what Alberta, Quebec and Ontario have done. Also, most provinces have designed the carbon price system to buffer the impacts on vulnerable industry sectors, ones that are called energy-intensive and trade-exposed. These are sectors that are particularly vulnerable to energy costs and to trade pressures, like cement, steel and oil refining. They still have to pay the carbon price, but we have put in place measures to lower the overall cost for those sectors as a way of helping them to transition over the next 5 to 10 years.

How is Canada positioned on the world stage when it comes to clean growth?

Canada has never been more credible as a clean growth leader than it is right now, especially because of the leadership it has shown in the international climate negotiations. In many ways, Canada has filled the vacuum left by the US with the election of Donald Trump and assumed the mantle of North American leadership on climate action. Being a leader in international climate action also helps the reputation of our industries and opens up trading opportunities with other countries.

“Clean growth and innovation are going to be one of the largest global economic opportunities over the next 20 years, for all parts of the economy.”

By most measures, the Canadian economy is middle-of-the-pack right now in terms of clean growth performance. But we are putting in place the policy and economic incentives that will move us to being one of the leaders over the next 5 to 10 years if we stay the course. Some sectors, like forestry and aluminum, are already well down the road to being global leaders in low carbon production – showing that we can do it.

How do you envision Canada’s economy in 2050?

Canada’s economy in 2050 will look remarkably similar to today’s economy in some ways and remarkably different in others. For one, it will have a much smaller oil and gas industry. The world will still use oil for some things like plastics or aviation, but overall demand for oil will have shrunk massively as we the shift to electric cars, high efficiency buildings, and electrifying the economy. Other sectors like mining will still be sizable since we will still need minerals, including for electric car batteries and solar panels. Forestry will still be important. Wood will be a much more common building material, and some of the fiber from wood will go into biofuels and biochemicals. Also, Canada will have built its brand as a global leader in sustainable forestry and agriculture, generating significant revenues from carbon storage. So, from the outside the Canadian economy will look remarkably similar in many ways. Our lives will not have changed dramatically in terms of how we live, how we move around and where we work. But if you look under the hood of our homes, our vehicles and our businesses, there will be a massive change in the technologies and the energy that fuel our lives.

“It is private entrepreneurs, investors, businesses and households that will really drive Canada’s move to a clean growth economy, but government has a vital role to play in catalyzing that change.”

The really important question is: “What will drive this change?” We need a public-private partnership to drive the shift to clean growth. Ultimately, it is private entrepreneurs, investors, businesses and households that will really drive Canada’s move to a clean growth economy, but government has a vital role to play in catalyzing that change. 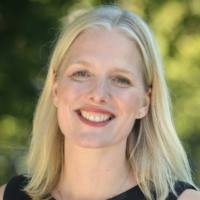 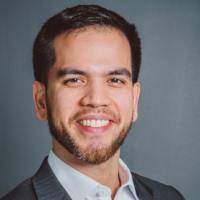 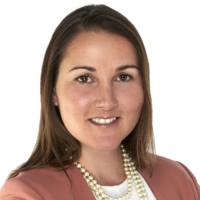 Stewart Elgie is the Founder and Chair of the Smart Prosperity Institute (formerly Sustainable Prosperity). He is a professor of law and economics at the University of Ottawa, and director of the University’s interdisciplinary Environment Institute. He received his Masters of Law from Harvard, and his doctorate from Yale. His research involves environmental and economic sustainability, with a particular focus in recent years on market-based approaches.

The Smart Prosperity Institute is a national research network and policy think tank based at the University of Ottawa. It delivers world-class research and works with public and private partners to advance practical policies and market solutions for a stronger, cleaner economy.