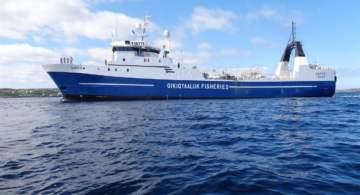 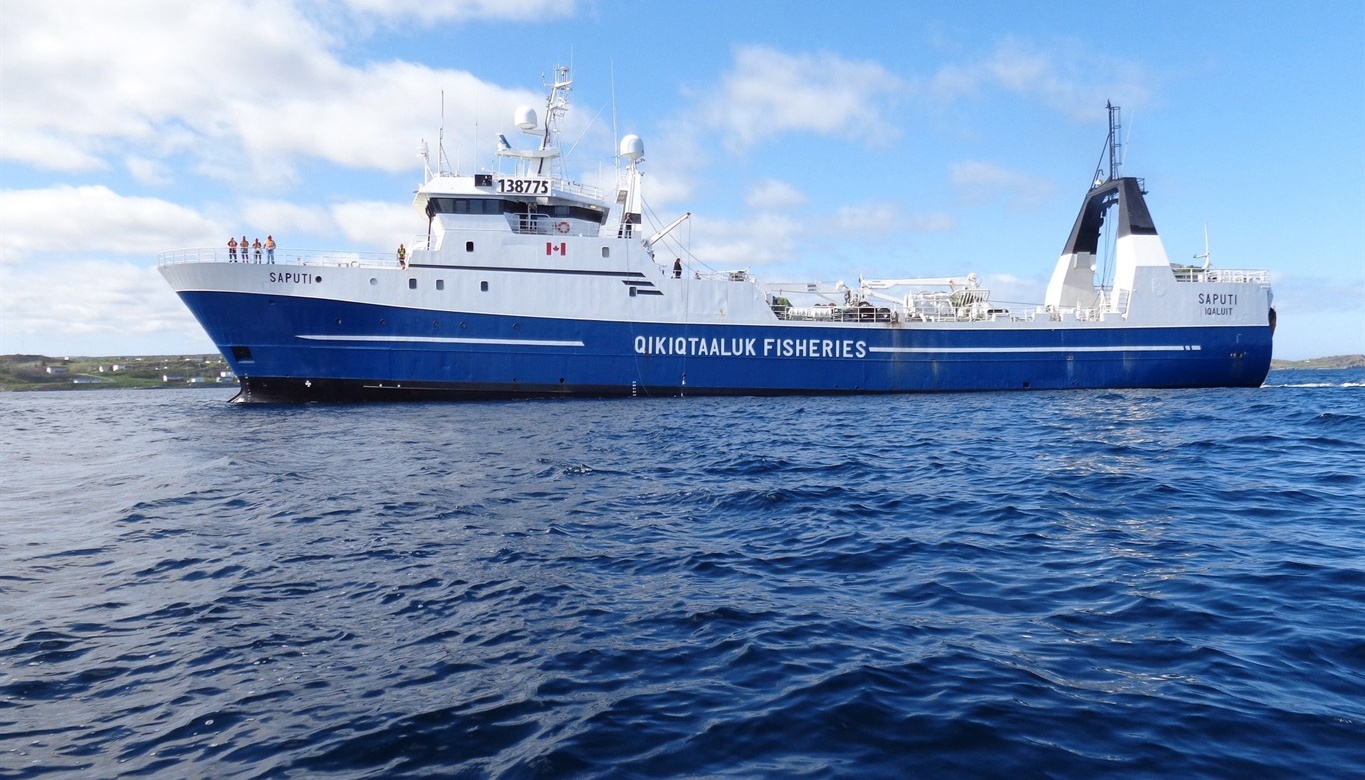 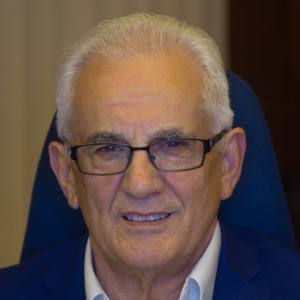 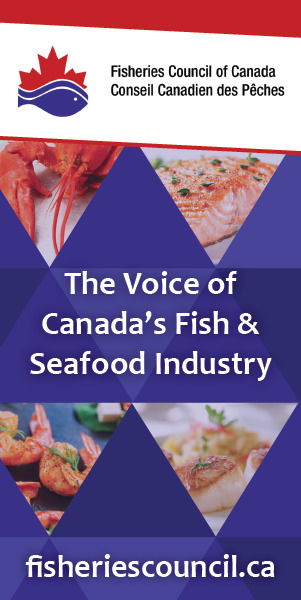 The federal government must collaborate with territorial governments and other stakeholders to ensure that Indigenous groups obtain the majority of quotas from adjacent waters. They must also make it possible for Indigenous groups to purchase quotas when they become available through increased funding. Finally, training should be funded for Inuit employees to move into more managerial and technical positions in the fisheries sector.

How competitive is Canada in sustainable fisheries management and what does this mean for our export potential?

Canada is a global leader when it comes to sustainable fisheries management. More than two-thirds of our fisheries are certified by third party certification through the Marine Stewardship Council, which is among the highest across the globe. We are a very export-oriented country, and international consumers want to know where their fish comes from and how it is harvested.

“The Canadian fisheries sector exports to billions of consumers around the world.”

From the export point of view, Canada has in place an ambitious effort to forge new trade lines, which is evidenced by various trade agreements with many countries. The Canadian fisheries sector exports to billions of consumers around the world.Between 70 and 80% of all Canadian seafood production is exported, particularly to the United States, followed by China and Japan, and a few other Asian and European countries. In the case of fish harvested from Nunavut’s adjacent waters, such as turbot and shrimp, more than 90% of the production is exported.

What are the most significant growth opportunities in the fisheries sector in Northern Canada, and what are the growth prospects for Indigenous-owned fishing companies in the region?

The Eastern Arctic and Nunavut are relatively new to the industry, but we have experienced considerable growth in offshore fisheries over the past two decades, particularly in Nunavut’s adjacent waters. Our two major commercial species are shrimp and Greenland halibut—commonly referred to as turbot. Right now we need to determine the biomass of non-commercial species and establish other species for commercial production.

The issue of Indigenous reconciliation is extremely important to stimulate growth for Indigenous-owned companies in the sector. To achieve reconciliation there are three policies that must be adhered to and reinforced by the federal government.

The first is what are called “differential quota adjustments.” This means that if there is an increase in stock in our adjacent waters, the majority of that increase should go to Nunavut.Likewise, if there are decreases in Nunavut’s adjacent waters or Northern communities, then those decreases should be taken from the Southern entities.

The third point is the need for funding sources set up by the federal government. That is to ensure that Nunavut has the ability to buy quotas and licenses when they become available. On the West and East coasts of Canada there have been several programs implemented in the last two decades, with approximately $2 billion allocated to Indigenous groups to buy quotas, licenses, enterprises and to conduct trainings. That is what we are asking for here.

Qikiqtaaluk Corporation has the highest level of Inuit employment in the region. Can you explain why Indigenous participation is so important and how you plan to increase employment opportunities?

Today, Qikiqtaaluk Corporation (QC) has over 500 employees, 80% of which are Inuit. The Inuit have been fishing for thousands of years. And besides the differential quota adjustments, right of first refusal and funding programs to allow us to grow our business, there are many areas in which we can increase Inuit employment. Fisheries is one sector that can provide meaningful employment to various coastal Indigenous communities.

We really need to focus on training Inuit to take on jobs in the fishing industry and there have certainly been improvements on this issue to date. Twenty years ago, there may have been one or two Inuit on a fishing boat. Today, we are pleased to report that QC has 12 or 13 Inuit per trip who are now on a rotation basis and who provide good incomes for their family.

“Fisheries is one sector that can provide meaningful employment to various coastal Indigenous communities.”

However, we are not only employing Inuit as factory workers on our boats. We are now moving them into managerial and technical positions both on and off the vessels. To accomplish this, the Nunavut fishery allocation holders formed the Nunavut Fisheries and Marine Training Consortium (NFMTC) in 2005. There has been over $40 million worth of training provided for Inuit fishermen up until 2018. For 2019 alone the NFMTC has a budget of over $10 million.

Today, there are probably 350 Inuit making a good living from the seafood industry in Nunavut, and when you consider that the population of Nunavut is 35,000, over 300 jobs makes you a significant employer. Fisheries are Nunavut’s third largest employer behind mining and the government.It’s also important to keep in mind that fisheries are renewable resources, so if we manage the resource properly, we can expand our business.

What needs to change in order to increase Indigenous participation and ensure profitability for the northern fisheries sector?

There needs to be a collaborative effort between the federal government, territorial governments and various other agencies. We must ensure that Indigenous groups obtain the majority of the quotas within their respective adjacent waters and that they have access to purchase licenses and quotaswhen they become available.I would also focus on training Inuit for managerial and technical positions, both on and off vessels. The next phase we must now enter is to see what can be developed for inshore fisheries and what can be done to benefit the communities directly.

“We must ensure that Indigenous groups obtain the majority of the quotas within their respective adjacent waters and that they have access to purchase licenses and quotas when they become available.”

To succeed we have to work collectively. We cannot operate in a bubble because we have a short harvesting season in Nunavut. Most of the year we cannot fish because of ice conditions, so we need joint ventures with the South to ensure our factory freezer vessels operate year round. We have no choice but to do that, and at the end of the day, our ultimate objective is to increase Inuit involvement to 100% in the operations  of the business as it is with vessel ownership today.

How has the Government of Nunavut used funding from the federal government to improve the fisheries industry?

The Government of Nunavut purchased an advanced research vessel, but because of our lack of resources in the region this is only scratching the surface. Our corporation made the decision in our five-year strategic plan to work on the development of our inshore fishery in Nunavut. We want to do some baseline research to map the ocean floor in the inland areas, find out what species are there, figure out how to catch them and what we can do with them. We made the decision to commission our own research vessel, with support from the federal government. The ship will be completed in 2020 and it represents a $2.5 million investment.

In most northern communities, there has been very little done since the time of Franklin. The studies and charts we have are nearly 200 years old, so new vessels and research equipment are crucial to the development of Nunavut’s inshore fishery.

We feel that with research carried out by various vessels, the fishery industry will grow. We can no longer depend on two species—shrimp and turbot—so we need to pursue and diversify our species. That is our objective over the next 5 to 10 years. 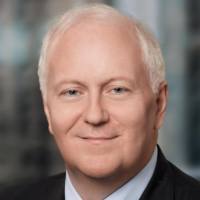 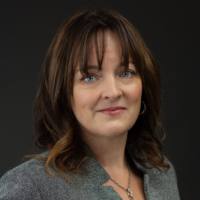 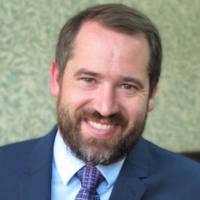 Jerry Ward is a seasoned fishery development manager in both the private and public sector. He currently sits on the Board of Directors for the Fisheries Council of Canada. Jerry grew up in Triton, Newfoundland and Labrador and is a graduate of Memorial University’s School of Business. He has worked in the seafood industry for over 40 years.

The Qikiqtaaluk Corporation (QC) is an Inuit birthright development corporation created by the Qikiqtani Inuit Association. Created in 1983, its vision is to foster economic development, and provide employment and financial opportunities for Inuit in the Qikiqtani region of Nunavut with a focus on offshore fisheries.