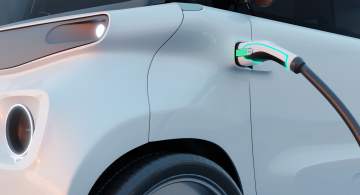 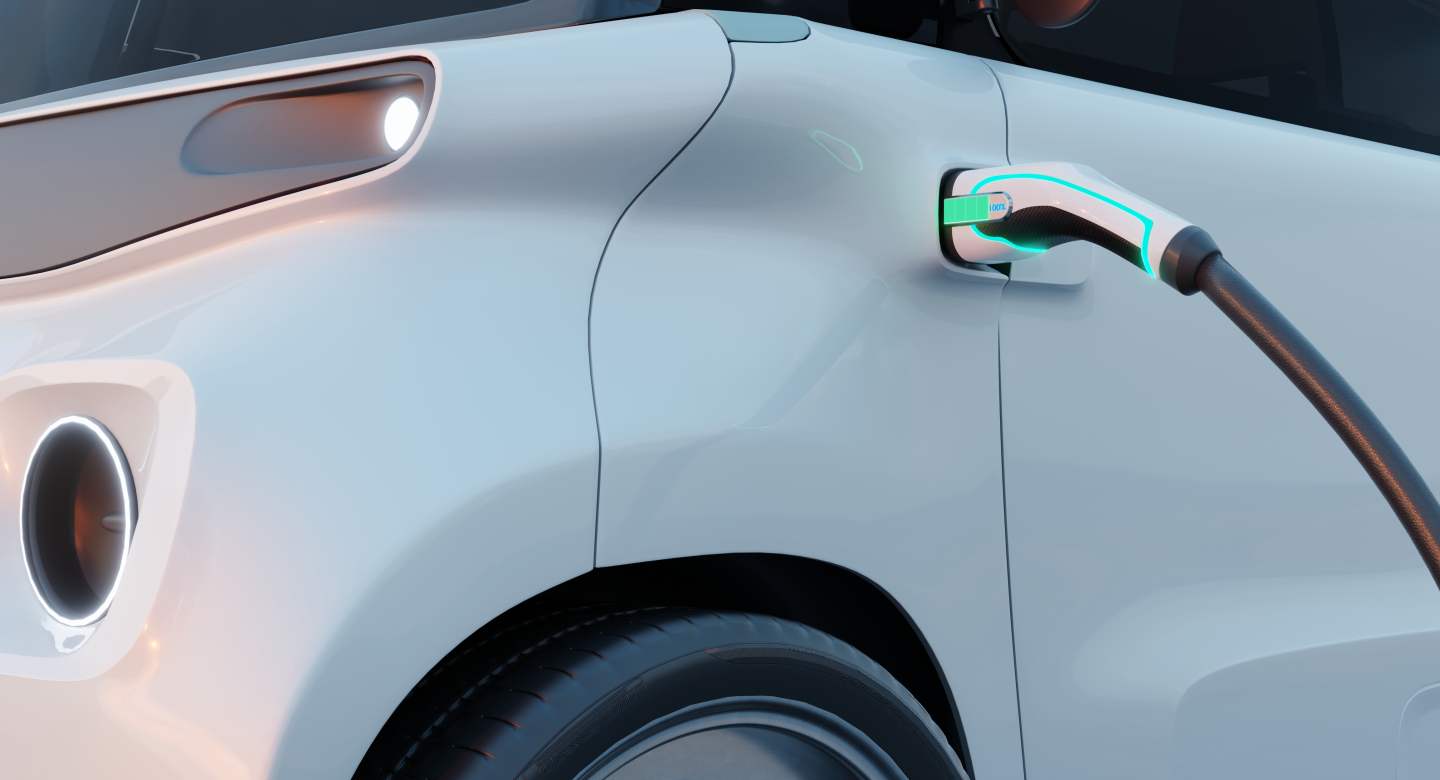 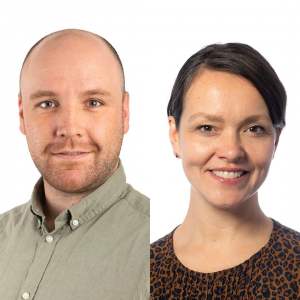 China is currently the undisputed leader in the battery space, hosting 80% of the world’s cell manufacturing capacity and the vast majority of battery material refining capacity.

But with energy security and supply chain concerns being top of mind for many jurisdictions, other regions are scrambling to challenge China’s dominance and build a more geographically diverse battery supply chain.

Most significantly, the U.S. passed the Inflation Reduction Act, which includes a host of measures to promote the growth of a North American battery supply chain, including a new tax credit that applies to North-American-made EVs and batteries. That by itself is good news for Canada. On the flipside, the act also introduces manufacturing tax credits exclusively for U.S.-based clean industries (including the battery supply chain), presenting new challenges for Canadian competitiveness. How we respond will likely determine whether Canada fully seizes its opportunity.

The Size of the Prize

By 2030, a Canadian EV battery supply chain could support nearly 250,000 direct and indirect jobs, according to a new report from Clean Energy Canada and the Trillium Network for Advanced Manufacturing. The full economic impact would be bigger still. When induced jobs are considered (for example, employees at a restaurant popular with supply chain workers), a total of nearly 323,000 jobs could be created across Canada. This amounts to $59 billion added to the Canadian economy in 2030 alone.

Canada has had some recent success securing battery-related projects. It landed its first battery gigafactory in May of this year. Stellantis and LG Energy Solution plan to invest over $5 billion to build a 45GWh battery factory in Windsor that will employ 3,200 workers. Recent announcements from General Motors, BASF, and Umicore totalling over $2 billion in investments will bring cathode manufacturing to Bécancour, Quebec, and Kingston, Ontario, supporting thousands more jobs.

“Success for Canada’s own battery supply chain will only happen if governments act quickly, expand their ambition and channel their resources into the most strategic areas of the supply chain.”

But while these investments have put Canada on the battery map, there is still more to be done—and fast—to unlock the full potential of a Canadian battery supply chain. Success for Canada’s own battery supply chain will only happen if governments act quickly, expand their ambition and channel their resources into the most strategic areas of the supply chain.

If we rely solely on existing investments and hope the other pieces of the supply chain fall into place, Canada’s EV battery supply chain may support as few as 60,000 direct and indirect jobs and contribute just $12 billion to Canada’s GDP.

In other words, only 23% of Canada’s battery supply chain potential would be realized, with not even a quarter of the jobs.

The choices Canada makes over the next few years will determine which outcome we achieve.

The good news is that Canada already has a lot of the pieces in place to be a battery leader, ranking fifth in the world for its battery supply chain potential, according to Bloomberg New Energy Finance.

“Canada is the only country in the Western Hemisphere with known reserves of all the minerals necessary to manufacture EV batteries.”

It has a number of geographical advantages, for one. Canada is attached to the U.S., the second-largest car market in the world (which, handily, we have a free trade agreement with). Canada is the only country in the Western Hemisphere with known reserves of all the minerals necessary to manufacture EV batteries. These reserves offer a big advantage as EV and battery companies move to localize supply chains, decreasing the distance heavy batteries need to travel.

It also has a strong automaking heritage. Carmakers hoping to build EVs in Canada can leverage existing investments, including established assembly plants, thousands of trained and experienced employees and an existing supply network.

New EVs will be supported by a wealth of cutting-edge Canadian innovation. Canada is already a world leader when it comes to innovation and R&D. It is home to a number of leading battery recycling companies, like Ontario-based Li-Cycle which recently signed a deal with General Motors. Meanwhile, McMaster University and the University of Waterloo have their own EV research centres and Tesla also funds battery research in Nova Scotia.

On top of this, Canada has a final trump card to play: an abundance of clean electricity. Canada’s 82% non-emitting grid (compared to 39% in the U.S.) could be a big draw for businesses like Volkswagen, Daimler-Mercedes Benz, BMW, Tesla, and Britishvolt that are looking to reduce the carbon footprint of their operations. Indeed, several of the companies with recent EV investments in Canada have said that our non-emitting grid influenced their decision to invest here. Add to that our numerous battery recycling companies, and Canada could very well build the cleanest batteries in the world. However, for Canada to continue to leverage this advantage, it will need to significantly up the speed and scale of investments in its clean grid.

Unlocking this potential will require coordinated government-led climate and economic action spanning multiple industries. While that might sound like a tall order, it is not an unrealistic one.

First off, Canada needs to focus on a few key areas that maximize the value added by a Canadian supply chain: EV assembly, battery cell manufacturing and an integrated battery material manufacturing industry.

“Made-in-Canada EVs will help Canada meet its climate goals, just as they will help the other countries we export them to.”

Practically, this means Canada needs to retool all existing auto manufacturing plants to produce EVs only by 2030 and use them to stimulate further battery activities. Canada is currently home to 10 light-duty and several medium- and heavy-duty vehicle assembly plants, a number of which already produce or plan to assemble EVs or hybrid models. Made-in-Canada EVs will help Canada meet its climate goals, just as they will help the other countries we export them to.

Canada must also land at least one additional major battery cell manufacturing facility, as well as one or two smaller facilities. U.K.-based Britishvolt and Mississauga-based Stromvolt have each already proposed facilities in Quebec. Cell production facilities are massive, offering the potential to transform the local economies and communities around them. They also work as catalysts for the rest of the supply chain, making them highly sought after by governments and investors.

A Battery Vision for Canada

Building up these three key areas is going to take a coordinated effort on behalf of Canada’s governments. Broadly speaking, there are six things Canada should do to get the ball rolling:

“Companies that are looking to scale up fast have been deterred by Canada’s slower decision-making and forced to set up shop in other countries.”

By taking a smart and strategic approach, Canada can realize its potential as a battery powerhouse. 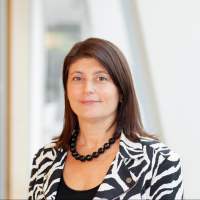 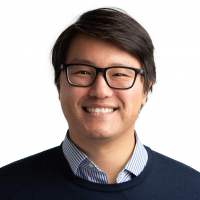 Evan Pivnick Bio: Evan Pivnick is the Program Manager for Clean Energy Canada. He works to bring climate action and innovation together to build stronger economies. Before joining Clean Energy Canada, he served as the Chief of Staff for the BC Green Caucus during the 2017-2020 minority government. He was also involved in the creation of CleanBC, British Columbia’s climate strategy.

Rachel Doran Bio: Rachel Doran is the Director of Policy and Strategy for Clean Energy Canada. She brings nearly 20 years of experience in policy, politics and law to advance clean energy solutions for Canada’s sustainable economy. Prior to joining Clean Energy Canada, Rachel served as senior special advisor to the Minister of Environment and Climate Change, advisor to the prime minister, and chief of staff to Ministers of Justice and Indigenous Services.