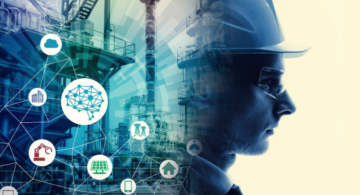 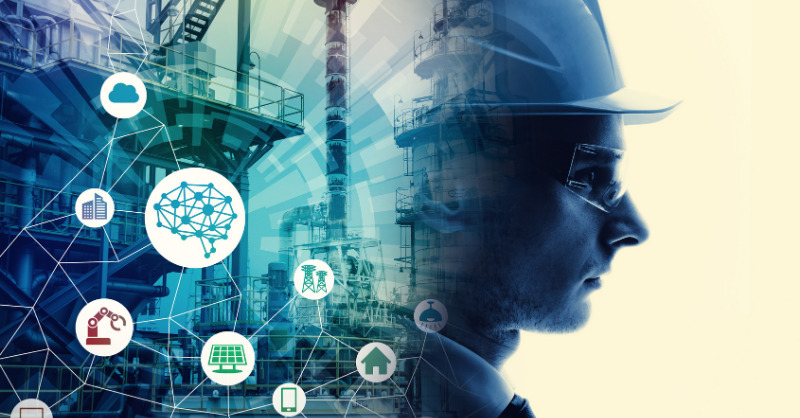 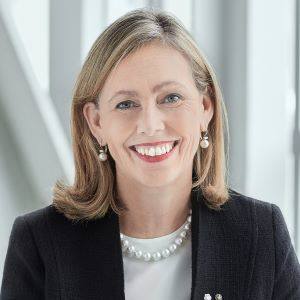 Canada can assume a leadership role in environmental and social governance and corporate social responsibility, two elements to business that have become incredibly important during this crisis. Doing so will help Canadian companies lead in driving the economy forward while respecting the environment and addressing inequalities across the country and the world.

What are the four main pillars of the Industry Strategy Council’s industrial strategy for Canada?

First, allow me to situate the logic of this recommendation on an industrial strategy for Canada. In fact, when we look at the world now, when we look at the new geopolitics and new geoeconomics, we see that several countries—we could name China, we could name certain European countries—have adopted an industrial strategy that allows them to have a vision but at the same time to align investments. We believe that the time has come for Canada to do this reflection, and therefore we have determined that four pillars seem extremely important to us.

The first is the whole issue of digital transformation and the digital acceleration of the Canadian economy, which begins with high-performance, efficient, high-speed connectivity across the country. It is not only a question of having connectivity in big cities but it is a question that if we want, for example, to have an advanced agriculture sector, we must, even in the territories—which are ultimately rural—have this connectivity. Secondly, on the digital level we must accelerate the development of talents in technological and digital matters with a private strategy, including international students and Canadian students, so that we finally have the human resources to be able to deliver this strategy.  The third very important element on this theme is to develop in Canada an appropriate and competitive intellectual property strategy.

The second pillar of this industrial strategy is the whole dimension of resources in a perspective of environmental respect, and social respect, for which the dimension of cleantech or clean technologies is a huge opportunity for Canada given the resources that we have.

“We have seen that this crisis has shown a certain weakness in Canada in not having infrastructure that allows us to be able to manufacture vaccines, for example.”

The third pillar is the dimension of advanced manufacturing, where we already have strengths, particularly in the aerospace field and the automotive sector. When we look forward to the automotive and aerospace sectors being green and sustainable, we believe that Canada can position itself very strongly with the infrastructure we already have. We also believe that across the life sciences industry there is an opportunity there as well.  We have seen that this crisis has shown a certain weakness in Canada in not having infrastructure that allows us to be able to manufacture vaccines, for example. We think that we have all the qualities and infrastructure to be able to do it, but we need a boost.  And that is somewhat what we recommend in the report.

“We could position Canada not just to feed Canada but virtually to feed the planet.”

The fourth pillar is that of agriculture and agri-food, for which, with the territory we have, and the amount of water we have, with the digital capacity of which I have already spoken and the life sciences dimensions, we could position Canada not just to feed Canada but virtually to feed the planet.

Can you speak to the areas of talent, innovation and solidarity?

Talent is an extremely important theme of the report. First, how can we, through this crisis, which is bringing about transformations, how can we work with the private sector, with businesses, and with the various levels of government, to ensure that we provide training to enable our current workers to reposition themselves in a changing economy? That is the first priority.

The second is to ensure that we are promoting our current students who are in the process of doing programs, in their entry into business. There are still challenges for many of our graduates in this virtual world and in this somewhat paralyzed economy to be able to find a job. So how can we organize ourselves through internships, and cooperative programs to ensure that we can easily reconnect our students to allow them to enter the labour market and to be able to contribute? That is third major theme.

“How can we organize ourselves through internships, and cooperative programs to ensure that we can easily reconnect our students to allow them to enter the labour market?”

Canada is in a truly privileged position to be a truly accepting and welcoming nation for young people who want to come here to study first and perhaps subsequently for us to have the capacity to retain them, so that they finally come to complete this succession which is very much needed in companies today.

There are a few points on that: increased coordination between the federal government and the provinces, and also a better way of coordinating with the needs of businesses. Several initiatives are interesting across Canada, but I believe that we must strengthen our efforts in solidarity with the same voice to make sure that we form a common front to finally find these young people who want to come here—and hopefully stay—the opportunities they need. This is a huge opportunity and I believe that Canada is extremely well positioned if we align our efforts well, and that is the spirit of the report.

Can you speak to the theme of innovation?

The theme of innovation is an extremely important theme of the report. We know in Canada that we are capable of innovating and are capable of having excellent research and development programs, which is not the problem. What is at stake is the question of commercialization and alignment with the needs of companies, and of having a much better collaboration between the private sector, particularly small and medium-sized enterprises, with the capacities for innovation that we find throughout the ecosystem of universities and colleges across Canada. And so, we actually need to revise our approach a little—and this connects to talent—through what other countries call “dual programs,” which ultimately allow us to promote the introduction of talents into companies with educational institutions that promote innovation which is very well adapted to commercial needs. This will perhaps not help us lead in research and development in the discovery of a vaccine, for instance, but in improvements and innovations that will have commercial outlets and will help position our companies as leaders. There is a component on that point which also leads us to realize these issues in some government programs, which are well thought out, should actually be a little more flexible.

This would allow for a much better introduction of the dimensions of digital development and corporate work to ensure that these programs also align with participants in the financial ecosystem, whether it is the major Canadian banks or the Business Development Bank of Canada.  This way we are able to better promote the financing of business innovation programs.

The COVID-19 crisis is an opportunity to strengthen solidarity and cooperation across Canada. What partnerships need to be developed and who should initiate them?

One of the very important elements of the repot—and in fact, a condition of success for being able to revive the economy and give ourselves momentum—is renewed partnership between the private and public sector, as we believe that 2021, 2022, 2023 and perhaps a little further will lead to substantial public investments. For those investments to have a full effect on the economy, they must be combined with at least an equivalent amount of private investment. In our report, we talk about a range of by 2030 roughly a $100 billion on a public level will be needed, and at least the same amount on a private level.

If we are able to do it with a promising vision that could be inspired by the four pillars mentioned earlier, that would allow us to seek additional economic growth that we calculate of at least 1% more GDP growth which could represent $300 billion by 2030. That helps us create the momentum to manage the pressure on public finances and on debt, but at the same time to create jobs and robust economic activity. What we need to do to get there is first, dialogue. We need dialogue on what promising projects we could have across Canada—hence, the importance of this logic on an industrial strategy.

Ultimately, the strategy aims to share a vision and to ensure that all participants, including the provinces, can contribute. Let us take a few concrete examples. The whole area of infrastructure cannot be achieved by an announcement from the federal government.

It has to bring participants from the provinces, and in some cases, it has to bring municipalities and the public sector. So how are we able to engage in a robust dialogue that allows us to have momentum in these projects?

Obviously, the presence of the public sector allows us to partly de-risk some of the projects that subsequently facilitate private investments to ensure that we can carry them out and get the benefits. And for that, it goes through a robust dialogue that we have proposed to conclude on the subject as an implementation mechanism, a basic type of fund for the industrial strategy and industrial growth. This fund would be around $35 billion to start. That would facilitate the convergence of investments and the stakeholder dialogue.

What is your personal vision for Canada’s future economy?

When I look ahead and project myself to the 2030 horizon, I want to envision Canada and Canadian companies that have become leaders. That they are among the top ten companies in certain sectors of activity where we have strategic advantages. If I take the resources sector it seems to me that Canadian companies should be leaders in these sectors but with the particularity of being also corporate social responsibility (CSR) and environmental and social governance (ESG) leaders. So, we are able to both develop resources but to do so in a sustainable way that respects the environment.

My dream is that we can position Canadian companies as leaders in everything that fundamentally touches on this CSR and ESG dimension, which is becoming extremely important and which seems to have emerged from this crisis as a very clear element.

“My dream is that we can position Canadian companies as leaders in everything that fundamentally touches on this CSR and ESG dimension.”

We can sense through this crisis a form of mobilization of all stakeholders, investors and the population to do things differently and to have respect for the environment and a realization of the issues that we have across the planet. It seems to me that in this context Canada can play a leadership role along with Canadian companies and all of the stakeholders. 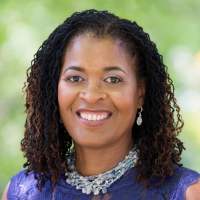 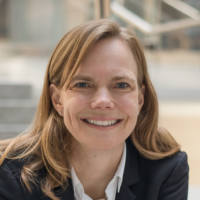 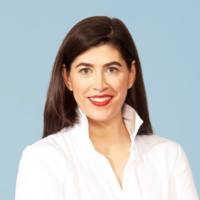 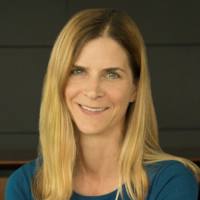 Bio: Monique Leroux is the Chair of Canada’s Industry Strategy Council and the former President and Chief Executive Officer of the Desjardins Group. Monique is a Member of the Order of Canada and an Officer of the Ordre national du Québec. She is an independent board member for global companies, including Michelin, Bell/BCE and Couche-Tard. Monique holds honorary doctorates from eight Canadian universities in recognition of her contribution to business and to communities.

Organization Profile: Canada’s Industry Strategy Council is a high-calibre panel of business leaders convened to share their direct perspectives on the scope of challenges that Canadian industries face. The council focused on the scope and depth of COVID-19’s impact on industries and worked to inform the government’s understanding of specific sectoral pressures. The Council has released its report, which outlined recommendations to support the recovery and growth of Canada’s key sectors through and beyond the pandemic.