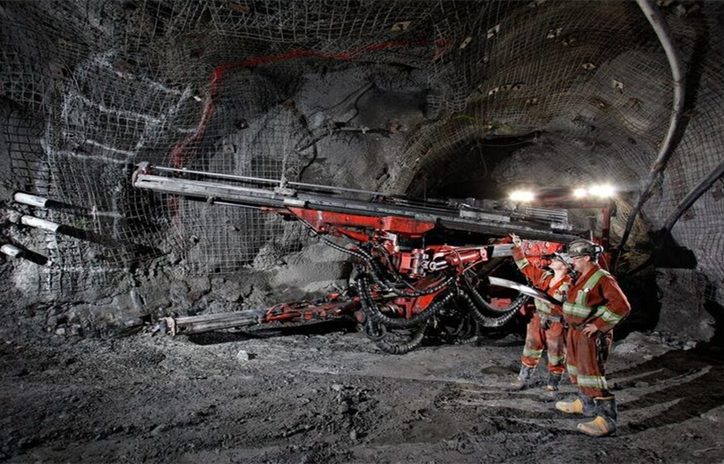 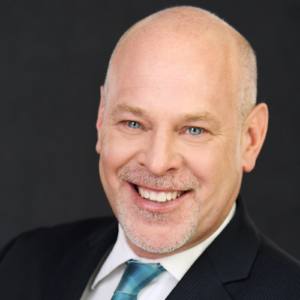 The Prime Minister and federal government should get behind a Canadian industry that has been a global leader for Canada for years, be proud of it and help promote our mining industry to the world.

How significant is the mining industry to Canada’s present and future economy, and how globally competitive is it?

Mining is the bedrock of the Canadian economy and it has been for decades. It is one of the few sectors of our economy where we can say that we are a global leader.The mining industry is one of the largest outward investors in the Canadian economy and it receives a significant amount of foreign direct investment (FDI). Job-wise it accounts for over 600,000 direct and indirect jobs, and almost 20% of Canada’s exports.The mining industry also has important ties with Canada’s financial industry since the Toronto Stock Exchange (TSX) is the most important stock market for the mining sector globally. So, mining is undoubtedly a very important sector of the Canadian economy. However, it is not without its challenges at the moment.

“Mining is the bedrock of the Canadian economy and it has been for decades. It is one of the few sectors of our economy where we can say that we are a global leader.”

In terms of our global competitiveness, we must look at our global share of investment, good and services supply, and reserves.

The Canadian mining industry has historically been the second largest supplier of mining goods and services in the world – second only to the United States, which, of course, has an economy 10 times our size. But, we lost that position to the Australians in 2018, falling to third.

“The mining industry is one of the largest outward investors in the Canadian economy and it receives a significant amount of foreign direct investment.”

Finally, we have also seen declines in our reserves of key mineral commodities across the country. As a consequence, although we are still a top global producer of a number of minerals and metals, we are responsible for relatively less global production than we used to be. Over the last five years, we have dropped ranks for 7 out of 13 products for which we had been a top global producer. So, we are losing ground, particularly in base metals, which is a cause for concern.

Why has this past decade been particularly challenging for the Canadian mining industry, and what must we focus on to improve its competitiveness?

There are many national and international factors to consider when examining the reasons as to why the sector is losing its lead. For one, other parts of the world have become more competitive. Australia and some Latin American countries, for example, have done a better job than Canada at positioning their mining sector as a strategic one for the country. So, they have seen their share of global mining investment and production increase, while ours has declined.

This has been compounded by the fact that in recent years Canada has really struggled with approvals for major infrastructure projects. Even though these were not necessarily mining projects, this has generally cast a cloud over Canada as a place to do business, and I think this has spilled over into the mining space.

“A major challenge for the Canadian mining sector is navigating through an extremely complex federal and provincial regulatory environment.”

Also, Canada’s mining industry is increasingly looking northward and there is a significant lack of infrastructure in Canada’s North. So, the cost associated with bringing new discoveries online is much higher. Canada’s mining future is in the North and unless we start to address the infrastructure deficit that exists there, our ability to capitalize on our northern mineral endowment is going to be limited.

However, a major challenge for the Canadian mining sector is navigating through an extremely complex federal and provincial regulatory environment to have major mining projects approved. The industry is regulated at the provincial level but has also been subject to federal environmental assessments for decades. Since 1995, the Federal Environmental Assessment Act has meant mining projects are subject to two levels of review for each project proposal. Governments acknowledge that the procedure is plagued with inefficiencies and have expressed the need to conduct one review per project for many years, but it has never materialized and that is a real challenge for our sector. Moreover, since the Canadian Environmental Assessment Act (CEAA) 2012 came into force, the ability of federal and provincial governments to harmonize the reviews has deteriorated. This lack of coordination across Canadian jurisdictions, as well as at the federal interdepartmental level, is very much front and center for the industry; there is a real need to improve the regulatory environment from that perspective.

“To reclaim a global leadership position, the mining sector needs to be bolder. Australia and other countries certainly do not hesitate to support their mining sector.”

In terms of government action, the Canadian government must play a stronger role in supporting our mining companies and our mining supply industry abroad. Other governments, such as Australia, for example, have had a much stronger international presence than our government has had lately. I am hopeful that the Canadian Minerals and Metals Plan (CMMP) is going to provide more of a push for our government to actually provide that kind of leadership in terms of industry support and promotion abroad. We need to do a better job of helping our mining supply sector develop and expand internationally, and I hope the CMMP will provide the impetus for that.

Do you see competitive advantages stemming from Canada’s strict regulatory regime, for example, in terms of developing sustainable mining practices?

Canada’s regulatory regime is one of the most demanding in the world. In the responsible sourcing discussion, governments should help us make the case to manufacturers that this regime provides assurances that mineral and metal products are mined responsibly in Canada. In addition, MAC developed an initiative called Towards Sustainable Mining (TSM). This program makes it mandatory that all our members measure and report against 29 indicators, which requires them to address and independently verify their social and environmental performance on site. These requirements are over and above government regulatory requirements.

In recent years, the TSM program has evolved with the demand and support of manufacturing companies, such as Apple, as well as steel and auto industries. The mining industry’s stakeholders want more transparency to make sure that the minerals and metals they purchase are responsibly sourced and mined.

“When you combine TSM with the strength of our regulatory system, our political stability, lack of conflict, and our respect for labour rights, Canada has a competitive advantage in the responsible sourcing debate that we should capitalize on.”

Responsible sourcing is a global movement. Today, MAC’s TSM program is used in five countries to provide transparency in mining.

Thus, when you combine TSM with the strength of our regulatory system, our political stability, lack of conflict, and our respect for labour rights, Canada has a competitive advantage in the responsible sourcing debate that we should capitalize on.

NRCan’s Canadian Minerals and Metals Plan (CMMP) defines six challenges and opportunities for Canada’s long-term mining success. What would you prioritize for each?

Economic Development and Competitiveness: The big focus should be on developing our infrastructure, whether it is trade-enabling infrastructure or opening up access to new resources. We need to leverage the mining potential of Canada’s North with enhanced infrastructure by providing access to the grid, key roads and ports.

“Canada’s mining future is in the North and unless we start to address the infrastructure deficit that exists there, our ability to capitalize on our northern mineral endowment is going to be limited.”

Global Leadership: To reclaim a global leadership position, the mining sector needs to be bolder. Australia and other countries certainly do not hesitate to support their mining sector. We have a very capable and talented Trade Commissioner Service, but our political backbone needs be stronger and must support the industry in Canada and abroad.

The Environment: MAC’s TSM program is a great stepping-stone to address the mining industry’s environmental challenges. There are also many mining companies pursuing bold, new sustainable initiatives that should be acknowledged. For example, Goldcorp is building what will be Canada’s first all-electric underground gold mine, which will be healthier for their employees, reduce carbon emissions and have a smaller environmental footprint.

Science, Technology and Innovation: Unfortunately, innovation and science are pretty fragmented in the mining ecosystem. But there is potential to collaborate, and I think governments can lead that with the right innovation-stimulating incentives. We also have the Canada Mining Innovation Council (CMIC) working to harmonize technological advancements in the sector.

“The mining industry is proportionally the largest private sector employer of Indigenous people in Canada and mining companies are easily the largest purchasers of supplies and services from Indigenous businesses.”

Community: The community piece in the CMMP is focused on people and diversity, which is a huge priority for the industry. Canada’s mining sites remain male-dominated, but I have seen a real change at the corporate office level where we now see more gender equality and cultural diversity. We have had much success in increasing Indigenous participation in mining. But we can and must do more.

The last of the CMMP’s priority areas is Advancing the Participation of Indigenous Peoples. How is the Canadian mining industry performing on this key issue?

Over the last several years, the relationship between the mining sector and Canada’s Indigenous communities has become really strong and we have made incredible strides on this issue. The mining industry is proportionally the largest private sector employer of Indigenous people in Canada and mining companies are easily the largest purchasers of supplies and services from Indigenous businesses.

The industry doesn’t face the same conflicts it did 10 or 15 years ago. In fact, Kelly Lendsay, the President of Indigenous Works, formerly the Aboriginal Human Resource Council, described the mining industry as being at the vanguard of Indigenous inclusion. In that respect, I think we continue to make great progress.

Pierre Gratton is the President and CEO of the Mining Association of Canada (MAC). He directs all MAC activities, represents the association to the public and is a member of the MAC Board of Directors and its Executive Committee. Prior to his current role, Pierre was Vice President of Sustainable Development and Public Affairs and played a leading role in establishing MAC’s program Towards Sustainable Mining (TSM).

The Mining Association of Canada (MAC) has been the national voice of the Canadian mining industry since 1935. Working alongside its members, MAC promotes the industry nationally and internationally, works with governments on policies affecting the sector and educates the public on the value mining brings to the economy and the daily life of Canadians.