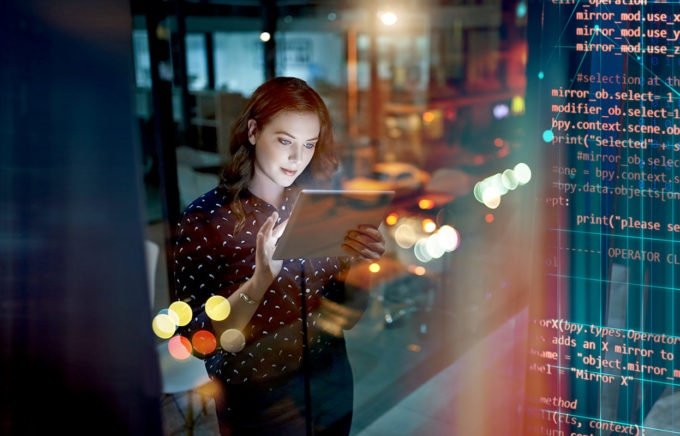 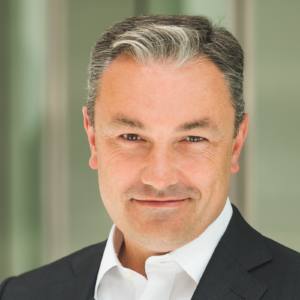 We must remind governments and businesses that Canada’s financial industry is leading the world in innovation. We all need to work together to leverage and connect our strong banking system, leading AI sector and FinTech players. The key is that we are leading the world, and we need to do a better job of telling that story.

The Canadian banking industry, particularly following the 2008 financial crisis, has been viewed as one of the strongest – if not the strongest – in the world. When we polled Canadians recently and asked them what value banks added in Canada, “convenience through technology” was the number one answer. Throughout history, the Canadian banking industry has been a world leader every time a significant technological milestone was achieved globally. For example, Canadians were among the most rapid users of the automated banking machine when it was first introduced here in the 1970s. In fact, Canada still leads the world in that aspect. The same would be true for mobile and online banking. If you think about services like Interac and direct debit, Canadians are again among the most avid users. Canadians have long had confidence in the security and privacy of the banking sector’s innovations. As we look to the future with the significant modernization of Canada’s payments system underway, for example, our country will continue to lead the world in banking innovation that puts customers first.

How do you see the relationship between the traditional banking sector and FinTechs, and how must it evolve?

FinTech is an enormous opportunity for Canada’s financial industry because it can be very nimble and innovative. On the other hand, Canada’s banking sector is known for its strength, stability, brand recognition and huge customer reach. We need to find a way to improve collaboration between Canada’s banking sector and innovative FinTechs. Canada’s artificial intelligence institutes in Toronto and Montreal, and digital labs like Communitech, form a strong foundation for technological innovation in the financial sector. Canada also has a vibrant academia, industry and start-up community. So, if we are able to integrate all these elements, the opportunities for Canada’s banking sector are limitless.

“The most important change in the recent update to the Bank Act is a rule that will allow banks to partner with non-banks – such as FinTechs – much more closely.”

The changes we just made to the Bank Act were a monumental step in the right direction in terms of setting ourselves up to seize the opportunities FinTech represents. The most important change in the recent update to the Bank Act is a rule that will allow banks to partner with non-banks – such as FinTechs – much more closely. When the Bank Act was first established decades ago, it was well-intentioned. The government wanted to ensure that banks remained banks, meaning that they would not become holding companies that would start buying hotel chains, airlines, telecommunication firms, and so on. The legislation was therefore incredibly restrictive in terms of what a bank could do and how it could partner with a non-bank. Decades ago, when most internal bank processes were manual and analog, this legislation probably did not matter much. But SAP, Salesforce, enterprise software and FinTechs are certainly non-bank commercial enterprises, and banks were thus not allowed to partner with them. In most cases, FinTechs required case-by-case regulatory approval or approval directly from the Minister of Finance. As a result, a lot of FinTechs focused on other markets abroad and the biggest loser in this process has been Canada.

“We need to reconcile the stability of our banking sector and the risk of innovation. We need to discuss and seek safe ways to fail.”

There is a cultural bridge that must be built to get our banks and FinTechs working together properly. The word ‘fail’ in the banking industry is beyond just four letters. People need and expect to be confident about their bank, so failure damages a bank’s reputation, sometimes beyond repair. On the other hand, the start-up community, entrepreneurs and young FinTechs have failure in their DNA in a very constructive way. So, we need to reconcile the stability of our banking sector and the risk of innovation. We need to discuss and seek safe ways to fail. We can create arenas where we can fail safely without risking a bank’s core infrastructure, customers’ accounts and, ultimately, their money.

Which digital innovations are set to disrupt Canada’s banking sector?

Digital ID is a common thread that weaves through a lot of the functions Canada’s banking system fulfils today. If you believe that Canada’s future is digital, securely authenticating people for big transactions is incredibly important. Right now, online transactions tend to be smaller dollar amounts and customers know that unauthorized transactions will be blocked by their bank. If we start talking about buying cars, homes and other big purchases online, we need to find ways by which we can all participate in an ecosystem that we have faith in. The CBA recently issued a whitepaper on the concept of Digital ID and have already had encouraging dialogues with other industries and with government. The Digital ID model we have come up with is a federated ecosystem. The system will not be owned by a single entity, but several big players will help establish it. The CBA, media and telecommunication players, wireless internet providers, and provincial and federal governments will be critical stakeholders in Digital ID. Banks would be a critical hub in this digital identification system because they already hold a lot of identifying information on their customers.

“Digital ID is a common thread that weaves through a lot of the functions Canada’s banking system fulfils today.”

I had to submit something to a government agency recently and they asked me to email them a signed photocopy of a piece of my ID. What assurance do they have that someone did not manipulate a photocopy of my driver’s license and forge my signature on it? Why not use Skype video chat to authenticate identity? I think we can all agree that if we are going to have innovation and a digital economy, we probably need to change our processes to reflect modern reality. Digital ID is the way to do that.

There are also other areas of innovation that deserve serious attention. Open banking, under the right conditions, has the potential to spur innovation, but cyber security, authentication and liability are potential risks that accompany it. If we are talking about opening up banking data to third parties via application programming interfaces (API), the rules of engagement, standards and protocols should be clear.

“Open banking, under the right conditions, has the potential to spur innovation, but cyber security, authentication and liability are potential risks that accompany it.”

All of our members are heavily invested in Payment Canada’s payment modernization project, specifically the Real-time Payment Rail (RTR). There is universal support for the project. More and more Canadians are seeing their lives integrated with technology. For example, I am a heavy user of Uber. I value the payment portion of Uber as much as I do the actual ride. I can order it on my phone, take the ride, wish the driver well and leave. That kind of frictionless, seamless payment is applicable everywhere; the possibilities are endless. Think about drive through lanes at Starbucks, fast food restaurants, at Walmart and other grocers that now have curb-side pick-up, at gasoline pumps and at toll roads. Payments could be embedded in your vehicle and seamlessly processed without you having to input a card. Another interesting concept is that of the Amazon Go Store, where you could just pick up items in a store and leave, without having to pay at the cash register. This requires an incredibly sophisticated, secure and robust real-time payment system.

What role will the banking sector play in Canada’s energy transition and green economy?

I was at TD Bank during the launch of its green bond and sat on the Corporate Social Responsibility committee that helped put it together. Canadian banks agree that the energy transition is the right thing to do and that they need to be part of the solution. We cannot hope or expect that the government alone is going to fix this for us. In addition, Canada’s banks recognize that the green economy is the future of Canada’s economy. And the only way a bank in Canada would be successful is if the economy is successful. So, if the economy is growing and if people are working, borrowing and investing, banks will do well. Since the energy transition will need to happen relatively soon, banks need to step up to the challenge now. I know that change is not happening fast enough for some critics, but we do need to strike a balance between Canada’s current demands and future needs.

What is your vision for Canada’s financial services industry in the future?

I am a huge believer that you can have it all. You can have a strong, stable, and secure, world-class banking industry that also offers unparalleled convenience. Canada is the envy of the world when it comes to the stability as well as the innovation in our financial sector. Our strong academia and advanced technology sectors will be a huge asset for the economy in the future. We also have an incredibly diverse workforce and an innovation-focused government. The combination of all these factors can help Canada be a global leader and a huge net exporter of innovation.

“Canada’s banks recognize that the green economy is the future of Canada’s economy. And the only way a bank in Canada would be successful is if the economy is successful.”

2019 marks my 25thyear in banking and we are having serious conversations about a cashless society, digital payments and all these wonderful things that seemed like science fiction for most of my career. The technology is largely there, so we need to figure out how it can work, scale and be secure.

As Canadians, we have a tendency to be a little bit humble; we always assume that the Americans and Europeans are further ahead of us. We have to remind governments and businesses that Canada’s financial industry is leading the world in innovation. We all need to work together to leverage and connect our strong banking system, leading AI sector and FinTech players. The key is that we are leading the world, and we need to do a better job of telling that story.

Neil Parmenter is President and CEO of the Canadian Bankers Association. He communicates the industry’s perspectives to government, regulators, stakeholders, media and the public. Neil plays a strong role in the development of public policy on financial services that contributes to a sound banking system in Canada. He is also a member of the Board of Directors of the International Banking Federation. Prior to this role, he held the position of SVP, Corporate and Public Affairs (Global) and Chief Communications Officer at TD Bank Group.

The Canadian Bankers Association is the voice of more than 60 domestic and foreign banks that help drive Canada’s economic growth and prosperity. The CBA advocates for public policies that contribute to a sound, thriving banking system.