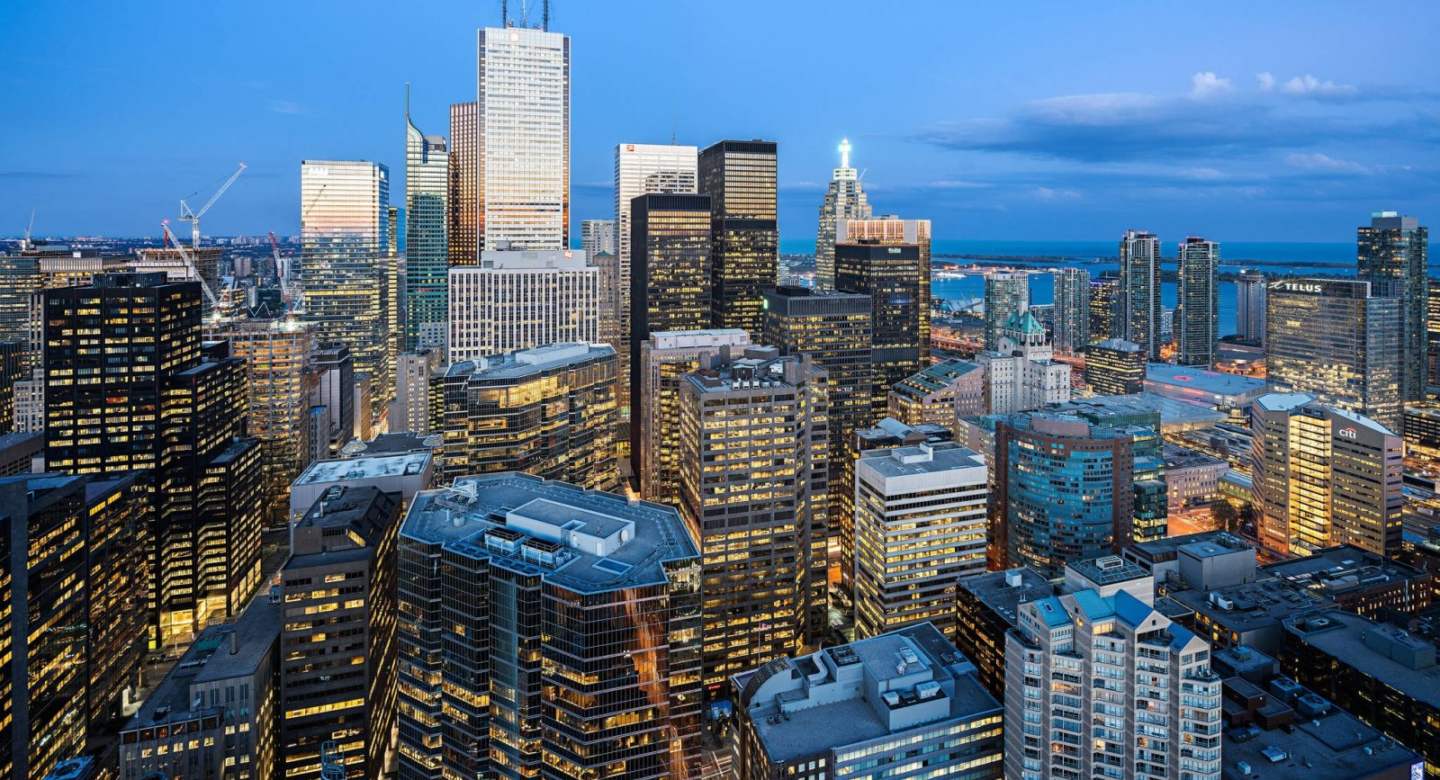 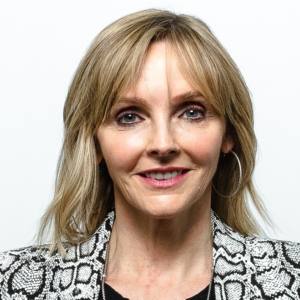 Every company is a tech company. And we must build Canadian tech companies that keep our highly skilled talent – not only engineers but sales people and support services – here in Canada.

As the former head of CBC and Twitter Canada, among other leadership positions in media, how would you assess Canada’s communications industry today? How does it compare to the media landscapes in other countries and how can we strengthen it?

I spent my entire career in media and communications, before joining Twitter to start its first Canadian office. I think it was surprising to many because they did not understand how quickly things were transforming even back then, and that was about seven years ago. Communication has always been consistently disrupted from newspapers and radio, to television and finally the Internet. There is always something new to disrupt the status quo and a medium’s ability to withstand it is dependent on its relationship with readers, listeners, or consumers. Technology is really bringing content creators that much closer to the reader, viewer, or consumer. When I made the jump to Twitter, I think it was surprising to many because it looked like a tech move but it was just another opportunity to get that much closer to an audience. I do not think this is a disruption as much as it is an evolution.

“Trying to keep protectionism in the time of the Internet is not only ineffective, but also makes the Canadian media industry uncompetitive in a free marketplace.”

We are in the unique position of having quite the elephant below us. While Canada constitutes 10% of the North American media market, the US makes up 90%. That is a huge neighbour to be sharing a border, a language and a very similar culture with. So, initially a lot of protections were put in place around Canadian media so that it could, in its very nascent stage, grow on its own in the shadow of such a big neighbour. However, the Internet knocked all those protections down because it was not limited by geographic borders. Trying to keep protectionism in the time of the Internet is not only ineffective, but it also makes the Canadian media industry uncompetitive in a free marketplace. That has been the challenge for Canadian media and perhaps why it has been even more drastically hit than some other countries.

We are less experimental than other countries, which is unfortunate because we have such an innovative and imaginative drive, and a real curiosity to learn in Canada. With safe bets being taken, we perpetuate a certain behaviour instead of encouraging risk-taking in the media space. I do not know if it is too late but we need to take a step forward and understand that we have to loosen some media protections around us in order to compete on the world stage.

“Every company is a tech company; every business is about to either get disrupted or evolved by technology.”

The media industry calls on government a lot; when the industry gets into trouble, it expects the government to figure out ways to save the industry, which is not necessarily duplicated in other fields.. So, the media industry will have to take a stand at some point and recognize that we cannot continue the way we have been; business models are broken, which means we need an entirely new way of working.

How do you view the balance between supporting home-grown Canadian companies and opening up the Canadian ecosystem to foreign companies, especially in the tech space?

I do not want the tech space to duplicate the mistakes made by the media industry in the past. Again, we are sitting next to a huge neighbour and we feel threatened by that neighbour when it comes to talent, resources and capital. Our size makes us so small in comparison but our skill base is quite large. So if we make sure to follow broad market opportunities and look at things for long-term value instead of short-term returns, we might hold back on protectionist moves. I understand and believe in Canadian-owned, supported and grown companies that are competitive on a global scale, but I also see the opportunities of bringing companies like Amazon and Twitter into Canada. When you look at talent in particular, the concern is that foreign giants will drive up wages and make it impossible for Canadian companies to hire.

My position is that Toronto is a world-class city, and as a world-class city, we should be paying our talent world-class salaries. So we should not be trying to maintain a system that is unfair in compensating people, which ultimately leads to them relocating to the States. So ultimately, the two worlds can coexist and in fact, can feed off one another. Someone who has worked at Amazon, for example, can get high quality experience and training there, and use it to step out on her own someday. It is not a matter of letting them in and run rampant. It is a matter of understanding how Canada benefits from bringing a world class, international client into the area.

As a woman in tech, what advice would you give to young women interested in entering this field?

For tech in particular, I do like to see all the women in science, technology, engineering and mathematics (STEM) and support organizations and movements that have started getting women into engineering. However, sometimes we look at one aspect of a career, an opportunity or an industry and forget about some of the others. I see huge opportunity for people – both men and women – entering the workforce in sales, management, strategy and building businesses. A lot of the focus in the tech world is on the technical aspects of doing the job and building products, and that is obviously important. But there is a big gap in the ability to build the business around that technology, to sell it and promote it.

“I see huge opportunity for people – both men and women – entering the workforce in sales, management, strategy and building businesses.”

If we want to build businesses in Canada, we need to make sure that we do not just have highly trained engineers, who then can be poached by other countries or other companies. We need to build tech businesses that keep people here, whether they are engineers, sales people or support services like HR. The place of opportunity for a new graduate or someone entering this field is to look at those areas. If you are not necessarily technologically inclined or have a technical degree, which I do not, for example, you could still be very successful in the tech industry.

A recent PwC Canada study shows that “CEOs are aware of the disruptive nature of technologies, but less than a third understand how these can be leveraged within their own organizations and benefit customer experiences.” How should Canadian business leaders approach technology adoption to remain competitive in a swiftly evolving marketplace?

Boards are still very slow to change and we have gone backwards in terms of diversity at the top positions in Fortune 500 companies. I think a lot of companies do not necessarily recognize that there is no such thing as “a tech company and everybody else”. Every company is a tech company; every business is about to either get disrupted or evolved by technology. The ability to foresee and tackle that disruption does take leadership that has a slightly different background than those who presently make up the boards. A lot of people take board work at the end of their career; they bring a certain level of expertise as ex-presidents, or ex-CEOs. But, we have to recognize now that individual contributors at different levels can be quite impactful on a board if they have had oversight of big projects, big movements or digital transformation, for example. That way, a company would also be able to bring more diversity into its boards and conversations. By opening up the requirements of board membership and not tying it so much to longevity and title, companies will consider people who have made an impact at different levels. This will help boards to constantly be in touch with their business and encourage new ideas from all levels of the company.

Are you optimistic about Canada’s future economy?

Yes, I am always optimistic about Canada because I always came back here no matter where I went in the world. Canada to me is that land of opportunity. But, we have to quickly learn not just how to scale businesses within our country but also to scale our country. We need to diversify away from natural resources and tap into our human capital, especially in the technology sector. That is starting to evolve but we definitely cannot drop the ball there; we need to keep moving while we have our shot.

Kirstine Stewart is the President and CRO of TribalScale. Before TribalScale, Kirstine was the CSO of Diply. Under Kirstine, Diply was named an EY Young Entrepreneur of the Year, won NextMedia’s Digi Awards Company of the Year, and ranked first in Deloitte’s Fast 50. Before Diply, Kirstine was the VP of Media at Twitter and was the Executive VP of English Language Services at the CBC. She is also the bestselling author of Our Turn.