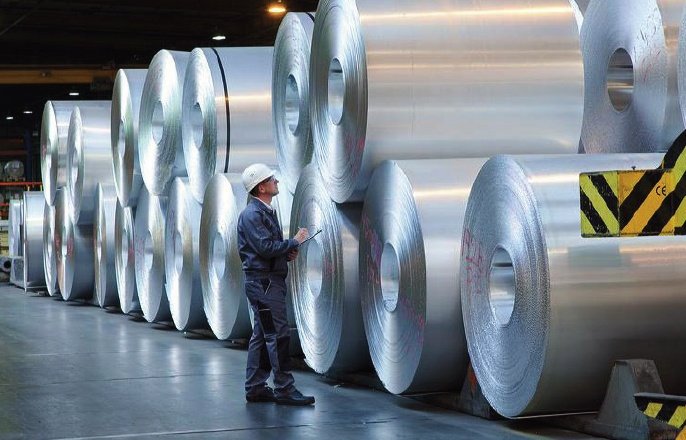 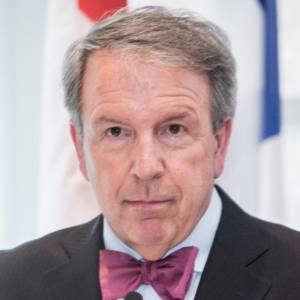 To increase our international competitiveness, industry leaders and decision-makers must change the narrative and explain how the metals that are produced in Canada contribute to a greener planet. The industry needs to brand itself correctly and use sustainable mining and metals practices as a competitive value proposition that should be implemented in international trade agreements and negotiations.

What is the importance of the aluminium and metals industry in Canada, and its contribution to the economy?

Canada is a resourceful country and home to some of the most strategic metals in the world. Strategic metals and minerals are those vital to modern technology and industry, such as aluminium, which is used to make construction materials, electrical products, foil packaging, industrial machinery, vehicles and much more. The industry is also the key employer in remote areas and pays the highest wages in its host regions. Since Canada has a very large territory with a relatively small population, the aluminium industry proves to be the backbone of regional economies — there is a world-class ecosystem supported and sustained by the industry.

It’s not enough to simply provide commodities to markets. Our world is changing fast, and there are opportunities for improvement and refinement. More specifically, Canada’s aluminium industry is known worldwide as a global leader providing responsibly produced aluminium. With very large, high carbon emitters such as China, it is time to differentiate ourselves from other producers around the world. It’s time to stop trying to stretch the past and start crafting the future of the Canadian metals industry. We have to bend the future our way, and in order to do so, we have to change the optics and look at things differently.

“If there is any place where we should increase aluminium production it is in Canada because it is one of our greatest contributions to decarbonizing the planet.”

There is an immense opportunity for the Canadian aluminium industry to capitalize on its strengths. By using mostly hydroelectricity and the latest generation of technologies, as well as operational efficiencies, Canadian aluminium producers have the lowest carbon footprint in  the world. If there is any place where we should increase aluminium production it is in Canada because it is one of our greatest contributions to decarbonizing the planet.

We must change the traditional narrative and move on towards writing a new page on Canada’s circular aluminium economy. Through our infinitely recyclable aluminium, we are exporting energy into the future, enabling architects and engineers in the next generations to use that same metal while saving energy, in order to design and build new buildings out of low footprint material. Mining and resource associations have a role to play here in helping government and industry connect the dots into a unified narrative in order to rebrand ourselves as a leading sustainable mining and metals economy.

What can government, industry leaders and associations do to be effective brand ambassadors for Canada’s sustainable metals story?

As we did, everyone has to do their homework first: do the right thing, do it well, document it and then provide insightful reports to your stakeholders. The power of evidence-based data will help stakeholders become effective ambassadors. Mining companies and industry leaders should focus on building trust with stakeholders by being transparent with benchmarking, researching and providing data-driven reports on their processes and operations.

“Mining companies and industry leaders should focus on building trust with stakeholders by being transparent with benchmarking, researching and providing data-driven reports on their processes and operations.”

This profound understanding of improvement processes was critical to knowing where to invest, where performance problems existed and how much variation there was among companies across the global industry. Through robust documenting and benchmarking, the Canadian aluminium industry was then able to engage with key stakeholders such as communities, academia and ecologists. Many of those we have engaged with are now key ambassadors of Canada’s aluminium industry because they educated themselves and can now use our Sustainable Development Report to witness our progression. They know that we are committed to ongoing improvement in a constantly changing and challenging environment. And that as good as our footprint can be, nothing can happen if we are not competitive. With good data generation and management being part of the DNA of our industry, it becomes an enabler when the time comes to comply with world setting standards such as the Aluminium Stewardship Initiative, the world’s first third party certified responsibly produced aluminium standard. Doing your homework, engaging with stakeholders, keeping the focus  and reporting on an ongoing basis is a best practice that all Canadian metals and mining companies across the board should prioritize and provide to direct and indirect stakeholders in order for them  to transform themselves into key ambassadors.

In terms of smelting and metal production, what can be done to support companies to develop new technologies, increase their scale and their global competitiveness?

Game changing disruptive technologies require a lot of capital and take many years to develop. The private sector does not have the financial resilience to do this alone anymore. In many cases the values that drive us in Canada are not yet shared by competing regions of the world and this can be turned into an advantage for the long term The only way to develop and support game changing technologies is to bring Canadian stakeholders together. This includes bringing together competitors who operate in Canada to form joint ventures spurred by government funding for the technology development and scale-up phase.

A ground-breaking collaboration of this type is the ELYSIS project, which was formed by an unprecedented partnership between two major aluminium industry producers: Alcoa and Rio Tinto. For the first time in history, the two competing multinational industry giants partnered to advance significant research and development, and are working together to scale it up and commercialize it. The project was actually brokered by Apple, a company that uses a great deal of aluminium and seeks to power its operations with renewable energy, as well as lessen the environmental impact of the materials it uses. Apple also invested CAD$13 million into the joint venture. Additionally, the Canadian Government and the Quebec Government, through participation of Investissement Quebec, supported ELYSIS, each investing CAD$60 million.

“The only way to develop and support game changing technologies is to bring […] together competitors who operate in Canada to form joint ventures spurred by government funding for the technology development and scale-up phase.”

ELYSIS has grounded, in Canada, what we call the “holy grail” of the aluminium industry as it produces carbon-free aluminium — it eliminates all direct GHG emissions and produces pure oxygen. The adoption of the ELYSIS technology in Canada alone has the potential to reduce our annual GHG emissions by approximately 7 million metric tonnes, which is an equivalent of removing 1.8 million cars from the road.

While there will be tangible environmental benefits from adopting technology such as ELYSIS,it is crucial that we improve our capacity to retain intellectual property in Canada, because that’s where major economic value is found.For example, this was one of the conditions established to receive government funding for ELYSIS. Canada has a poor record in terms of patenting our technologies and innovations; we are very good at publishing and making our discoveries public, but we are very bad at patenting and taking them to market. The Canadian metals and mining industry must retain ownership of its IP while exporting its technology.

How can we improve our international competitiveness through our sustainable mining and metals practices?

Sustainability is a complex question because we compare ourselves to regions of the world that produce metals without any notion of protecting the environment. China alone is a nation that produces about 55% of global aluminium output from its smelters that rely on coal for 90% of their energy needs. So, if we compare, Canada produces 2 tonnes of CO2emissions per tonne of aluminium. In China, it is between 17 and 21 tonnes of CO2emissions per tonne of aluminium. China’s smelters emit 600 million tons of CO2per year. Over the last 100 years, North America produced 240 million tonnes of aluminium. Over the past 15 years, China produced 300 million tonnes of aluminium. Basically, Canada is supplying low carbon aluminium to the world, while importing CO2from nations like China through their products.

“The Canadian metals and mining industry must retain ownership of its IP while exporting its technology.”

Therefore, to increase our international competitiveness, industry leaders and decision-makers must change the narrative and explain how the metals that are produced in Canada contribute to a greener planet. The industry needs to brand itself correctly and use sustainable mining and metals practices as a competitive value proposition that should be implemented in international trade agreements and negotiations. For example, the World Bank’s Climate Smart Mining initiative, supported by the mining industry with RioTinto as a founding supporter, clearly makes this point.Our governments and leaders from all parties must partner with industry on this innovation journey, which has already begun with the Canadian government as well as BC and Quebec sharing the focus on cleantech and innovation.

How can Canadian academic institutions ensure that we are developing the right skillsets for the workforce and leaders of the mining and metals industry of the future?

Mining is not what it used to be. Automation will be the primary means by which the mining workforce interacts with their jobs.Designing and developing the right skillsets for jobs centered around automation will require new technical skills and more collaboration between mining and metals companies and academia.

The Canadian Minerals and Metals Plan (CMMP) demonstrates how perspectives in the mining sector are shifting and moving forward, which is certainly a step in the right direction. Now is the time whenprofessors, engineers, researchers, scientists and geologists must collaborate on crafting new curricula and, most importantly, loop back with one another annually to make sure the courses that are taught are updated as swiftly as technology advances.This liaison is important to reduce barriers between academics’ and an organizations’ knowledge in order to craft new programs on which students can build their skillsets to work in the future mining sector.

“Mining is not what it used to be. Automation will be the primary means by which the mining workforce interacts with their jobs.”

Job descriptions will also showcase what it means to work in the mining sector — many jobs won’t be remote anymore, but instead behind computers in metropolitan cities. That is important to communicate to today’s youth. In fact, one of the top crane operators at one of the largest mining operations in the world is a 21-year-old young adult. The company who hired him discovered that the reason he was so skilled was that he was used to playing video games with a joystick. Accordingly, we have to connect with this new world and those younger generations by using their language and showing them that they have the skillset to be part of the future of metal production. While there is no future without metal, the future should be built on responsibly produced metal, setting Canada in a class apart.

Jean Simard is President and CEO of the Aluminium Association of Canada since 2009. He is the aluminium industry representative and spokesman in dealings with governments, industry associations and the media, while ensuring liaison with the various international organizations with which the AAC is connected. He is a member of the International Aluminium Institute, Aluminium Stewardship Initiative, the Board of Directors of AluQuébec, the Quebec Business Council on the Environment and Québec’s aluminium research and development centre (CQRDA).

The Aluminium Association of Canada brings together Canada’s three primary producers of aluminium: Alcoa, Aluminerie Alouette and Rio Tinto. A non-profit organization, it represents the Canadian primary aluminium industry towards the population, end-users, public authorities, and key environmental and economic stakeholders. The AAC strives to ensure that the Canadian primary aluminium industry is considered a world-class model of sustainable prosperity.