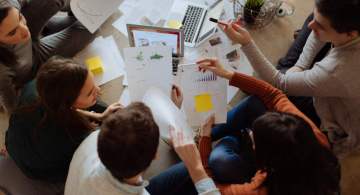 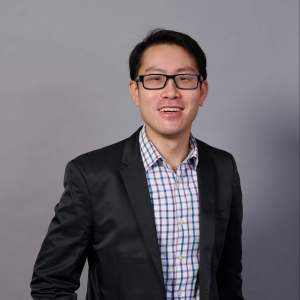 Going global should be a priority for most companies. Companies should strategize early and set their sights on expanding to countries that are similar to Canada, in terms of economy, language and culture for a smooth transition.

Tell us about Appnovation.

I started Appnovation back in Vancouver. It was a company based out of my basement with no customers or employees at the beginning. Over the first few years, we quickly developed a customer base in the US and were fortunate to secure Pfizer as one of our first major customers. We grew over the years and expanded to the UK and other European countries such as Belgium and the Netherlands, as well as Hong Kong. Our presence became more global as the years went by. We have now grown to about 450 people globally and over $100 million in revenue last year, and we were still expanding heavily. Last year, we grew at a rate of over 40% and we are looking to grow another 23% this year.

What motivates you to pursue a career in entrepreneurship? What’s in the entrepreneur’s DNA?

I was always passionate about building things. One of my favourite video games was SimCity. I really enjoyed seeing things grow and built piece by piece. That has been the case since I was a child. When I was at UBC, I participated in a lot of entrepreneurship conferences and competitions. I competed at a few business plan competitions back then and did pretty well in one of them. That really got me started in understanding entrepreneurship. Having a background in finance enabled me to have a good foundation to understand numbers and growth and what all that means in a business sense. All these different elements combined together create a good foundation for my career to be an honest entrepreneur.

“Canada has really good access to the American market, where there are massive companies and customers that you can tap into.”

How would you describe the strengths and weaknesses of Canada’s business ecosystem?

Canada’s entrepreneurship ecosystem has evolved a lot over the past 15 years. As companies like Shopify saw success, we are now seeing a lot more capital available to entrepreneurs within the country. Cities such as Toronto, Vancouver and Montreal have grown to become tech centers and hubs where talented technologists can be found. The ecosystem and government support are now here. Canada has really good access to the American market, where there are massive companies and customers that you can tap into. The best part is that these American customers are within the same time zone and language and even share a similar culture to Canadians. Therefore, it is much easier to go down from Canada to the US market. These are all great foundations for a technology entrepreneurship ecosystem.

“There is still a big gap between the funds available in Canada and those in the US.”

Even though there is more capital availability now, there is still a big gap between the funds available in Canada and those in the US. This is a gap that is closing, but it is still there. It is much easier to act as a capitalist in the US than in Canada at this point in time.

With that said, the Canadian government and provincial governments have created a number of helpful funds. On top of that, companies like CBGF have helped build the ecosystem here. There is still a lot more capital that should be infused into the tech economy, but a lot of progress has been made recently.

What was your approach in going global with Appnovation?

In the early days of Appnovation, we had already decided that going global is the way to go. As we worked with world-leading customers, especially in the pharmaceutical world, that really meant that we had to be global in order to be successful with these accounts. We have been fortunate that our customers supported us through our global journey. Now, we work with companies like Pfizer and have team members around the world to provide support 24/7. We are still a small organization with only about 500 people so we still have a long way to go in terms of expanding our footprint. Building a global organization is fairly critical for success these days because of the integrated world economy.

“My advice to entrepreneurs that are looking to push their company global is to start with countries that are similar to Canada.”

My advice to entrepreneurs that are looking to push their company global is to start with countries that are similar to Canada. These are countries like the US. They should have a similar economy and language so that it is much easier for Canadians to expand there. Countries like the US and UK will be easier than countries that have a totally different language. Start with those and then slowly go beyond that.

Why did you opt to receive funding from CBGF? What will that funding enable Appnovation to do?

Appnovation was pretty much bootstrapped all the way between 2007 to 2019. We did 12 years of business without raising a single dime, which really forced us to be cautious about costs. We have always been watching the bottom line. But in 2019, we realized that if we want to go past the $60 million mark and get over $200 million in revenue, we will need to raise outside capital to invest heavier into a new area. So, we did that raise in 2019 and 2020 and that enabled us to get past the $100 million mark last year.

We want to become a billion-dollar revenue business. We still have a long way to go as we are only 10% there, but that is the next logical step for us. We have a great team that will bring us there and we also have some great partners.

“If you want to pursue entrepreneurship, start early because you will be able to take more risks.”

What advice do you have for youth who want to pursue entrepreneurship?
I would advise them to give it a try when they are still young. It is much easier to become an entrepreneur when you do not have a family yet. There are less liabilities and costs. When I was starting the business, if things had gone wrong, I could have just gone back to my parents and lived with them. Now, if I were to start over again with kids that are only four and one and a half years old, it will be different. If you want to pursue entrepreneurship, start early because you will be able to take more risks. 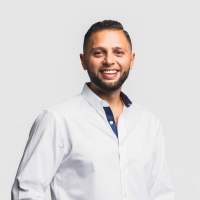 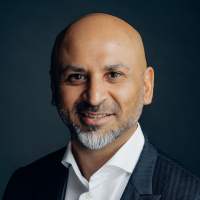 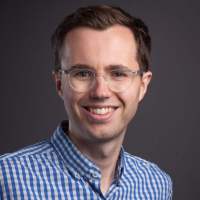 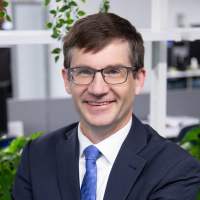 Organization Profile: Appnovation is a global company helping enterprises and governments with digital and agile transformation using open technologies. With offices in the UK, Hong Kong, USA, Canada, Belgium and the Netherlands, Appnovation works with organizations across various sectors including insurance, banking, media and entertainment, life sciences and government.