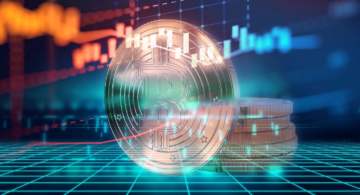 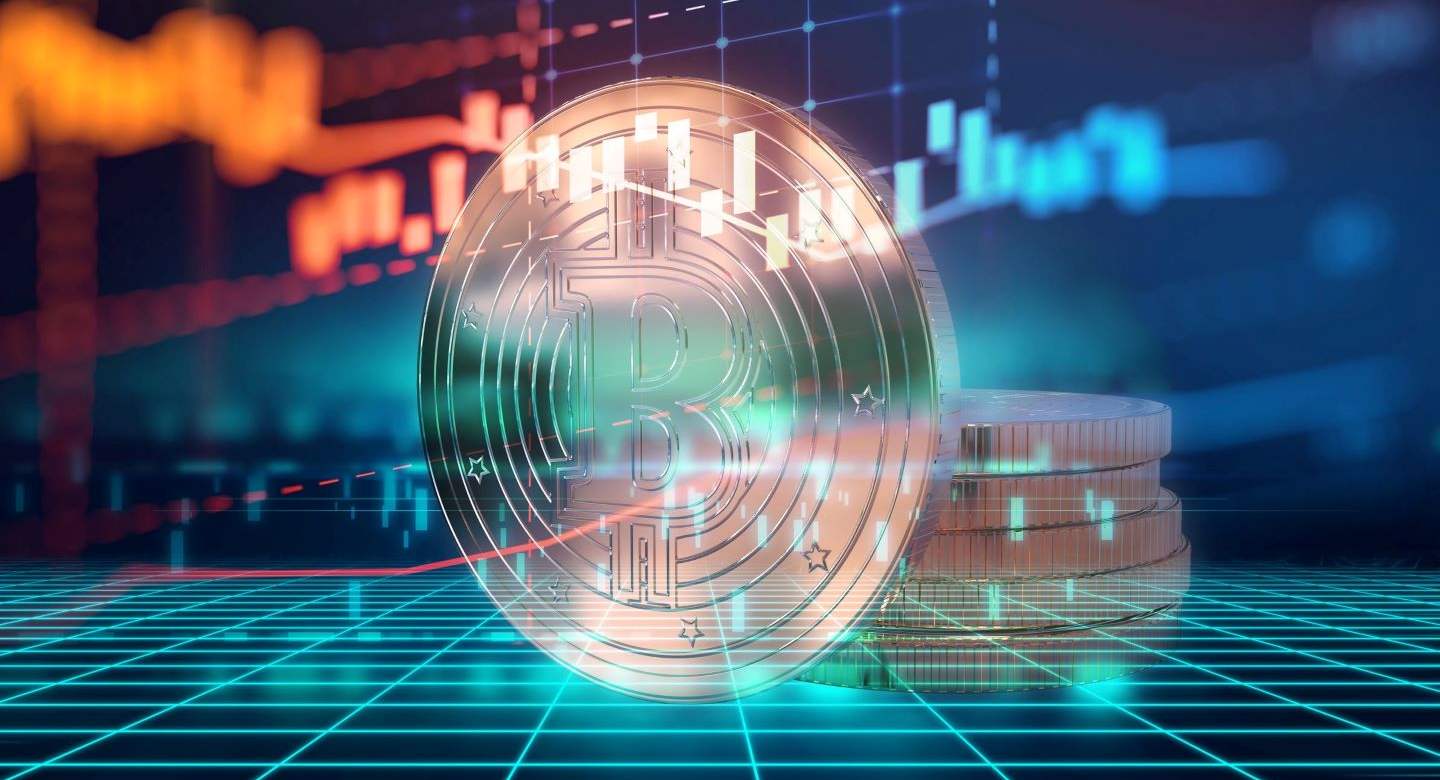 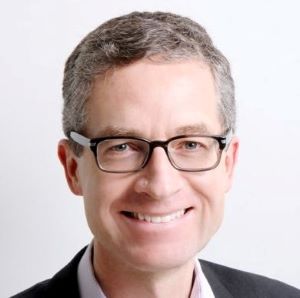 The government needs to make blockchain innovation and technology a stated priority nationwide. The banking and regulatory sectors need to be expanded to allow more innovations to make it to market. Otherwise, Canada will be left behind.

How do you see blockchain technology transforming the future of the financial sector?

The financial services sector is a broad umbrella encompassing lending, payments, investing and banking. As a former executive at one of the banks, I believe both the banking and investment parts of the financial sector will be disrupted by blockchain technology.

Today, we deposit our funds into retail banks and those funds are loaned out and invested. The financial sector has become a massive employer in Canada. With blockchain technology, there is considerable pressure on our central banking system to create a central bank digital currency—which China will likely do first. We may soon have the Bank of Canada acting as the bank for retail investors, managing a Canada-wide ledger of official Canadian currency.

On the investment side, once we make progress in digitizing the shares of all investable assets, we will see a global transformation of all asset classes.

“I believe our future financial sector will be run on blockchain technology, full stop. ”

However, there is already a lot of disruption in our financial sector, and that is called fintech. Blockchain falls under fintech because it is another form of financial technology. It delivers the ability to move value securely, efficiently, with auditability, transparency, and in a manner where people can make peer-to-peer transactions of digital assets. Moving value more efficiently is an important part of what happens in our financial system, so I believe our future financial sector will be run on blockchain technology, full stop.

Please explain what decentralized finance is and what it means for the future economy.

Decentralized finance (DeFi), or financial services that live only on public blockchains, has become one of the hottest areas in blockchain technology over the last year because it builds on previous innovations. It has allowed innovators to enhance what was going on with Bitcoin and Ethereum to create tokenized assets and represent any real world asset as essentially a digitized – we also say tokenized — version of themselves. The DeFi movement began with stablecoins and is rapidly evolving to automated lending and yield-earning products native to the blockchain, and don’t necessarily operate within the traditional, centralized financial markets.

There are many versions of stablecoins and they allow you to do different things. You can, for example, have a USD stablecoin such as “USD Coin (USDC)” that equals 1 USD at all times. So here you have a digital asset that lives on the Ethereum public blockchain that allows you to know that someone—in this case, the company Centre—has real USD in another account audited in the real world, and it is that knowing that is important. Now, you can move USD in the form of USDC between digital wallets and easily transfer value without having to worry about the volatility of traditional cryptocurrencies like Bitcoin and Ethereum and all the other alt-coins out there.

So, clearly our financial sector is going to be transformed by the stablecoin innovation and the stablecoin generation. Now in what we call DeFi, we have successive layers of innovation happening such that I can deposit one of these stablecoins into a smart contract and immediately begin earning interest in the form of more stablecoins. It is very easy to take that stablecoin and convert it into real USD, so imagine that impact on our financial sector—it is pretty transformative—and that’s just the beginning. You can envision a world where real currency sits on a blockchain and it is very easy to move from wallet to wallet, peer-to-peer. With that in place, incredibly innovative financial engineering is empowering almost anyone to build new yield-earning products on top of these, without the need for the traditional financial institution players like investment banks. Blockchain technologists have become financial engineers. Of course, it’s important to understand that regulators are catching up and realizing that this new DeFi space needs appropriate regulations as well.

“If in the future we are using a new central bank digital currency, why do we even need retail banks?”

With blockchain technology and DeFi, you can also deposit your cryptocurrency into a smart contract, and immediately start earning interest – but since the technology is efficient, the yields are often much higher than you can earn at traditional banks. Those outsized yields are a game-changer and are drawing many investors to the space. And these smart contracts do not have to be run by a bank anymore but can be operated by a company. So decentralized finance will tremendously impact our financial sector, and there will be many forces involved in pulling us towards this new world.

How would you characterize the blockchain ecosystem in Canada today? What steps can we take to accelerate and strengthen it?

In my view, Canada began as a leader in blockchain, but we have since fallen behind. When Ethereum started five years ago, Canada was its starting point and we really had one of the strongest ecosystems in developing innovative thinking and solutions. But in the last five years, the rest of the world has caught on, moved considerably faster and have become arguably more skilled and innovative.

“Canada began as a leader in blockchain, but we have since fallen behind.”

What was extremely helpful, however, is that Maureen Jensen, as CEO of the Ontario Securities Commission (OSC), spearheaded cryptocurrency and digital asset research and regulation at the International Organization of Securities Commissions (IOSCO) globally, which meant Canada gained reciprocal agreements with the United Kingdom, Singapore, Australia and others, so that we could help our blockchain-based companies scale globally. We have a small marketplace in Canada, and innovative companies like TokenFunder need to be able to start here and easily go global to compete and thrive. We would love to be working seamlessly with the regulators in Singapore where everything is very streamlined, but that’s not so easy today.

“I would make innovation in blockchain technology a priority in Canada, and have it supported at the government level.”

Canada needs to move faster, be more agile, and take more risks. However, decentralized finance is also prone to scams. There has to be an acknowledgement that by taking more risks you are going to be opening yourself up to fraud, and that was a lesson we learned from the initial coin offerings (ICOs) in 2017. While we were working with Maureen and Pat Chaukos, who heads up the OSC LaunchPad, there were a lot of unregistered, illegal securities offerings around the world, which ultimately scammed people. Ultimately, the OSC took the right path. We need to be faster and take more risks, but also find a way to give investors the protections they need—which is one of the cornerstones of our securities regulations.

I would make innovation in blockchain technology a priority in Canada, and have it supported at the government level. This would expand the banking and regulatory sectors, and we would benefit from being faster to market without throwing away our Canadian principles of prudence and protection. We need to be aware that unless Canada takes action, we will be left behind as other countries allow new innovations to occur.

If you could lay a roadmap for the development of the blockchain ecosystem in Canada, what would it be?

I would begin with developing regulations that are proportionate based on risk and size. We have been involved with the regulators, and while they are extremely helpful, it is a long process to become registered. Although we received ground-breaking exemptions because we were a startup, there were still considerable and costly legal efforts. TokenFunder is officially in the Canadian Securities Administrators’ sandbox, so we were granted certain exemptions, but it took a long time—from 6 to 12 months—to receive them. We need to streamline efforts between innovators, the government and securities regulators.

We also need the Canadian government to make blockchain innovation and technology a stated priority. This happened a few years ago, where there was talk of a supercluster, but that unfortunately fell away. The government should also encourage the banking sector to deal with more blockchain fintechs in the space. Although there are new regulations which are very positive, offering real banking services for blockchain fintechs is an area where still more can be done.

What do you expect for the future of venture funding and digital assets in Canada?

I think we will be in a place where all ventures can be funded using a mechanism such as we at TokenFunder have pioneered with digital securities, also called security tokens. Essentially, we digitize, distribute and then make tradeable the shares of companies, which I believe will become the future of venture funding and trading. Imagine if everyone, not just the wealthy, was able to buy and sell private company shares right in their digital wallet, not only with traditional fiat currency but with Bitcoin, Ether, and stablecoins. We have the technology to make that happen safely and while we’re in very early days with the secondary market concept, our blockchain-powered platform is demonstrating to regulators that it’s possible to deliver this while protecting investors.

Digital assets will be the future economy, because they are an umbrella term for cryptocurrencies, digital securities, or any asset that is created in a secure manner on a blockchain. If you recall, when eBay and Amazon launched, we called everything “e-business” which was going to be the new form of business. But once we realized that this was going to be the future of commerce, it just became “business” again. So, we have seen this before, and I predict that all assets will become digital assets.

“Digital assets will be the future economy.”

Finally, as an example of something coming soon in the real estate space, you will have a mortgage that will be digitized so that it has a digital twin on a blockchain. We’ll create fractional ownership units for that particular mortgage, and it will be easy to buy, sell, and move that ownership just like selling shares and stocks today. Payments and dividends will be fully digital on blockchain. Since our economy is driven by economic transactions and all assets will be digitized and housed on blockchain technology, this is absolutely the direction of the future economy. 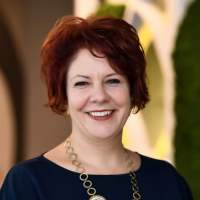 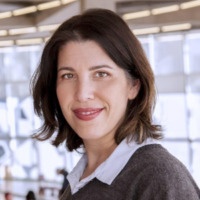 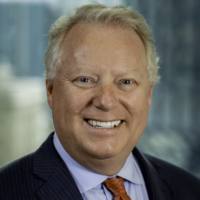 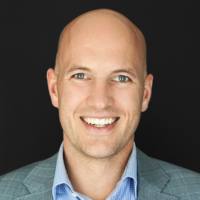 Bio: Alan Wunsche is the CEO, Founder and Chief Token Officer of TokenFunder and TokenGX and Chair and Co-Founder of Blockchain Canada. Alan is an experienced finance technologist focused on blockchain business models and their disruptive impact on global wealth distribution. He is a former finance and risk transformation executive at Scotiabank and financial consultant at Deloitte and PwC.