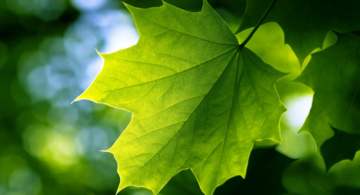 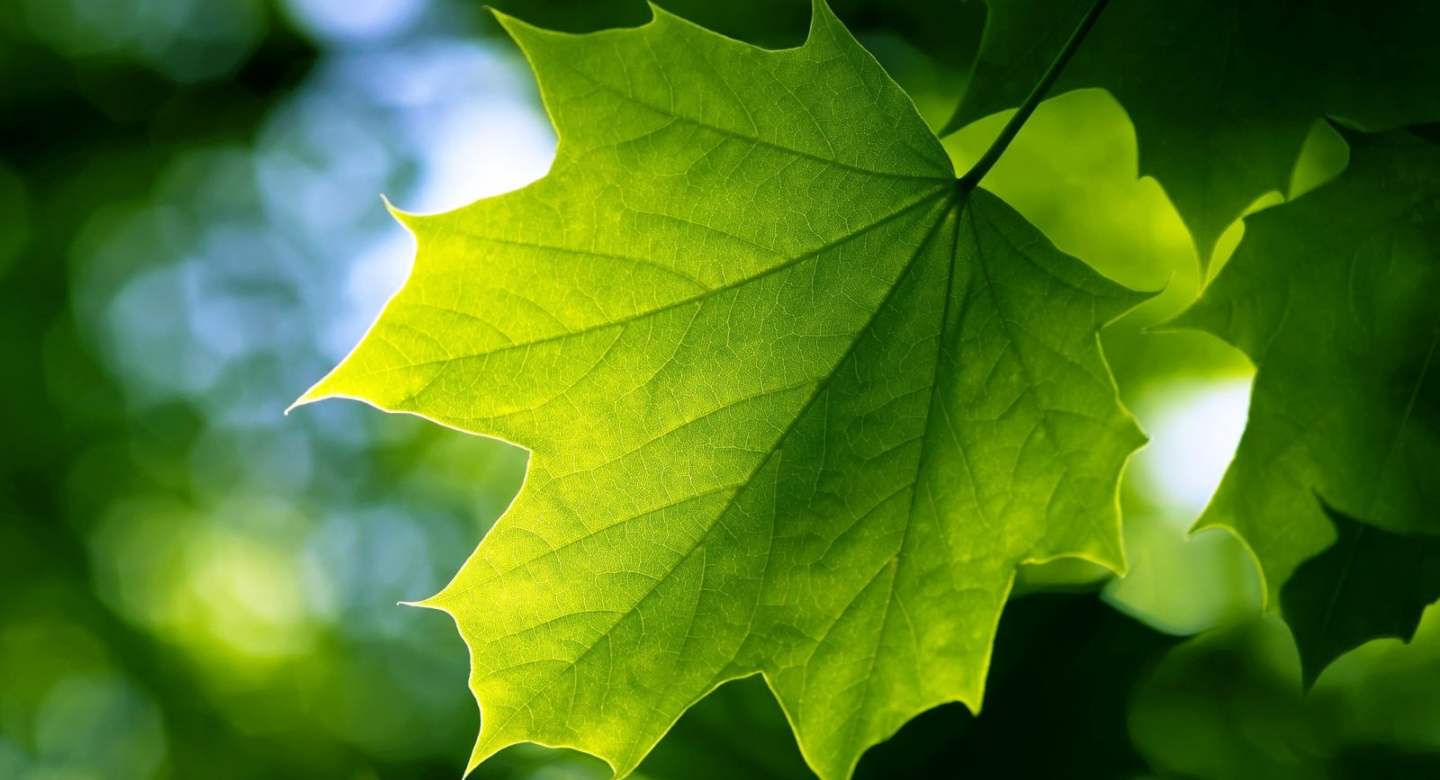 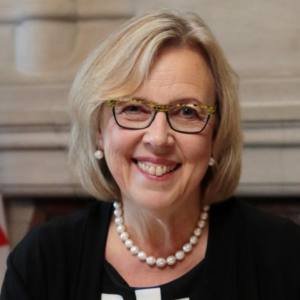 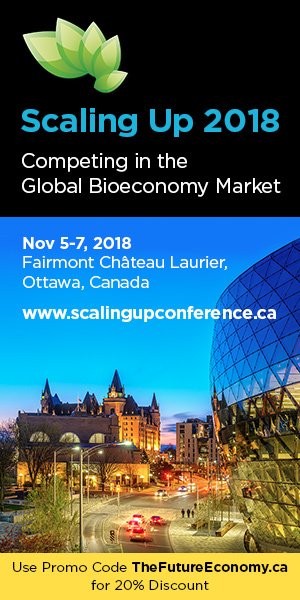 Canada needs the political will to cancel fossil fuel subsidies and put a price on carbon, which will correct the market value of fossil fuels and naturally prop up the bioeconomy.

What opportunities does the bioeconomy sector present for Canada?

The Green Party is a big fan of the bioeconomy and we see it as an opportunity that creates prospects for jobs, investment and production at a decentralized level, and has the potential to replace fossil fuels.

“The bioeconomy is a revolution, because it is proposing that we can actually run an economy, create more jobs and have more wealth by using nature.”

The bioeconomy is not simply an evolution of our traditional economy; evolution is too gradual a word. This is a revolution, because it is proposing that we can actually run an economy, create more jobs and have more wealth by using nature. 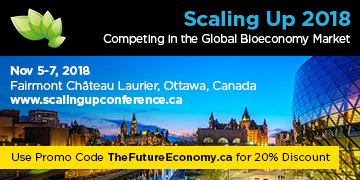 What are the biggest challenges the bioeconomy faces in Canada and what is needed to get over them?

The biggest challenge is the old hardwired thinking in this country that continues to privilege fossil fuels above the challenger. We are continuing to subsidize fossil fuels with governments that are pushing back on even modest carbon pricing. At the same time, we have not levelled the playing field to bring on biofuel. The Deep Decarbonisation Pathways Project makes it clear that we should start with decarbonizing our electricity sector and fuels, and then move to fuel switching. But I am afraid a lot of politicians are still thinking about what we should do if the price for gas at the pumps goes up. So, the obstacles for the bioeconomy largely come from established inertia and an attitude wherein we talk about a new economy, but we really do not believe in it yet.

“The biggest challenge is the old, hardwired thinking in this country that continues to privilege fossil fuels above the challenger.”

I think vested interests are well organized as lobby groups and have the ear of a lot of people in politics. It is human nature to be much more comfortable recognizing what you see in your rear-view mirror than what you cannot see over the horizon and it leads to very limited thinking and error. If you rely only what you have done in the past and then go forward in sort of a linear fashion, you are never going to see the kind of monumental change that is possible. We need examples of leadership that is prepared to say, “Yes, we have never done it before, but we are going to do it now because it is going to work.” We cannot keep resting on the notion that Canada’s economy depends on the oil sands when we know that even at the height of oil sands production, it was never more than 3% of Canada’s GDP.

What are the specific actions that governments and the private sector can take to accelerate the growth of Canada’s bioeconomy?

Spending $4.5 billion on a 65-year old pipeline is clearly a major investment in fossil fuels and therefore a subsidy. But then, where is the $4.5 billion to the bioeconomy? If our only levers are getting rid of fossil fuel subsidies and then increasing them, and bringing in a carbon tax and then weakening it, our solution must be to spend equal amounts of money helping the bioeconomy as well. My preferred solution is for us to listen to the market, cancel fossil fuel subsidies, correct the market value of carbon and put a real price on it. Then, the bioeconomy will come up naturally on its own. But as long as we are propping up fossil fuels, the political trade-off would be for equal amounts of money to go to renewable energy, cleantech and the bioeconomy where Canada has the potential to be a world leader.

“We need examples of leadership that is prepared to say, ‘Yes, we have never done it before, but we are going to do it now because it is going to work.'”

We have to be rapidly diversifying our energy sources to take advantage of the extraordinarily advantageous price of solar panels. There should not be a roof in Canada that does not have a solar panel. We should be ensuring that communities choose for themselves where they want to put a wind turbine – or several – so their municipal budgets benefit from the revenues from selling power into the grid.

“As long as we are propping up fossil fuels, the political trade-off would be for equal amounts of money to go to renewable energy, cleantech and the bioeconomy where Canada has the potential to be a world leader.”

This does not mean we are shutting down the oil sands overnight – far from it. But our productivity as a nation will go up when we do not export raw bitumen but insist on processing our own resources in Canada. The majority of our exports should tip towards value-added.

What role does Canada play in climate action leadership on the world stage?

China was doing much more than Canada is doing to address climate change even before Paris. Surprisingly, the United States is also doing better than Canada in terms of greenhouse gas reduction. Trump has said he has withdrawn from the Paris Accord but in fact, he has not and the subnational levels of government within the US are still planning to meet their Paris targets.

“The future of our kids is not secure unless we achieve the Paris Agreement targets.”

If Canada waits for everybody to get on board instead of taking action ourselves, our inaction will actually contribute to the problem, given the current state of the science. The future of our kids is not secure unless we achieve the Paris Agreement targets. So, Canada has no bragging rights on anyone at this point. We still cannot step up and show real leadership; we are running to catch up with Germany, Denmark, Sweden, Scotland, the UK and China. We would need to make a much more radical transition in our energy sources to catch up with countries around the world.

How should Canada best leverage the wealth of its natural resources through its bioeconomy?

We essentially treat our forest sector as if it is a sunset industry, when in fact, it is sustainable especially with more innovation around the bioeconomy. Almost 10% of the forest harvest in British Columbia is being sent overseas as raw logs. On the other hand, we have sawmills that do not operate at full production because they do not get access to the logs necessary to keep everybody working in full shifts. The more value-added products we are exporting, the better our productivity index will be relative to that of the US.

“Our productivity as a nation will go up when we do not export raw bitumen but insist on processing our own resources in Canada.”

But, these are basic realities that the government does not seem to notice.  Everything about the current pipeline debate is based on the fallacy that it is good for our economy to export unprocessed, raw bitumen to refineries in other countries. Right across the country, there are entrepreneurs who are creating new products and opening up new markets for value addition, but our politicians keep looking in the rear-view mirror. 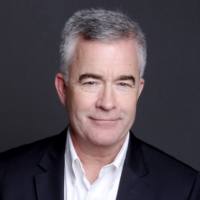 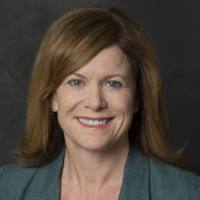 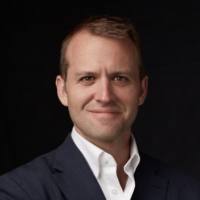 Elizabeth May, MP is the Leader of the Green Party of Canada and its first elected Member of Parliament, representing Saanich-Gulf Islands in southern Vancouver Island. She is an environmentalist, writer, activist and lawyer, who has a long record as a dedicated advocate — for social justice, for the environment, for human rights, and for pragmatic economic solutions.

The Green Party of Canada is a federal political party founded in 1983. Its broad and multi-issue political platform reflects its core values of ecological wisdom, social justice, grassroots democracy and non-violence.