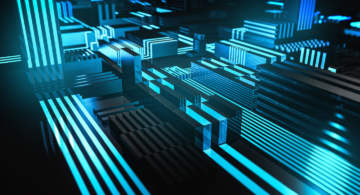 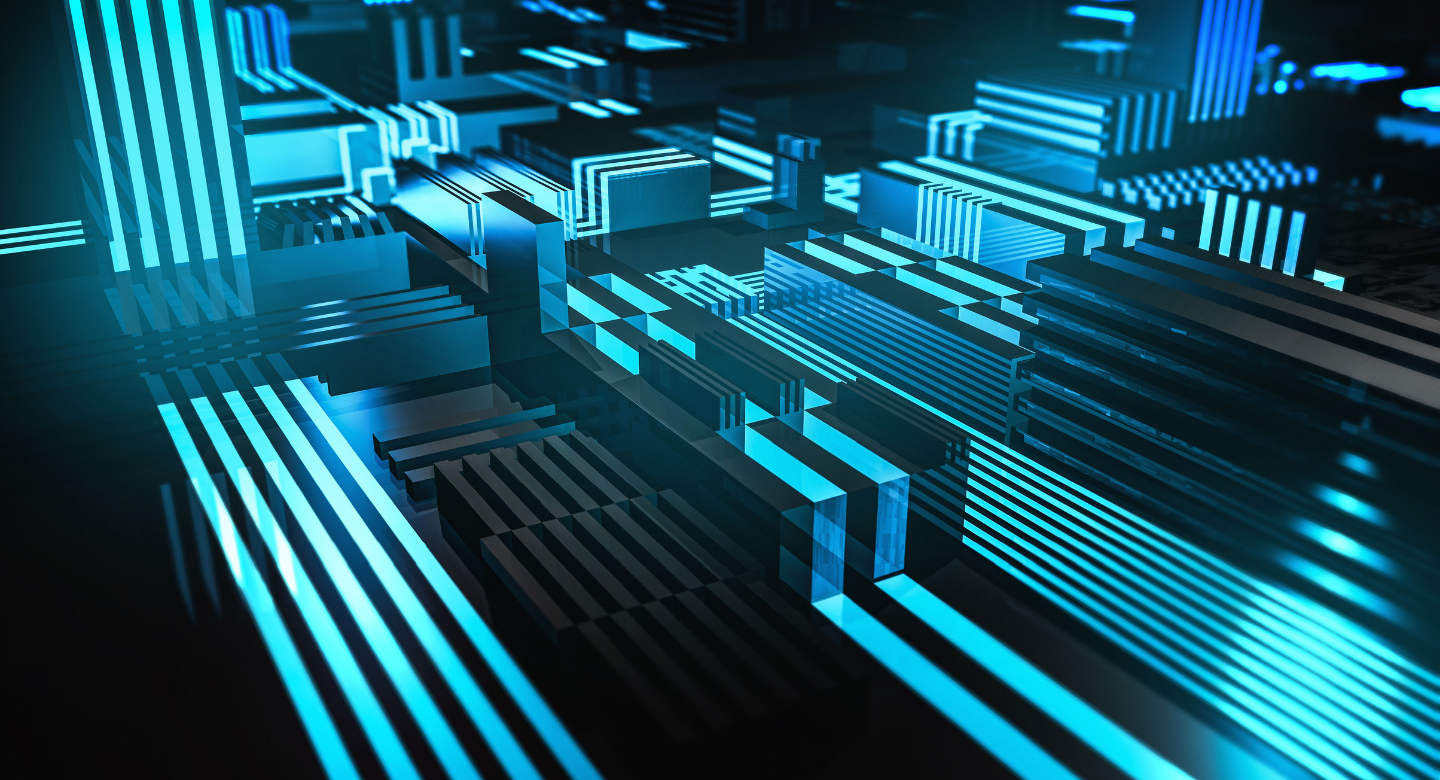 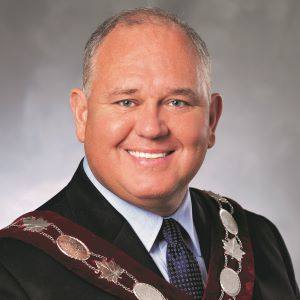 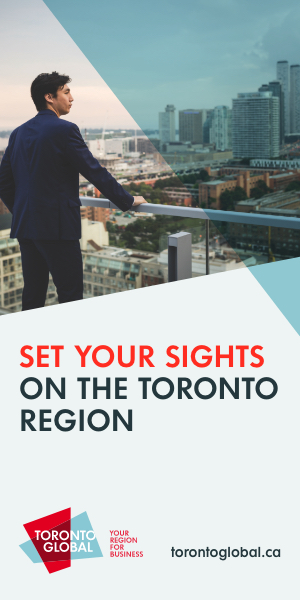 Foreign investors should consider Markham because of its strong innovation ecosystem, highly skilled workforce, and municipal government that will help through every stage of the investment process.

What is the state of Markham’s economy? What are its strengths and weaknesses?

We have a fairly diverse economy here in the City of Markham. We are part and parcel of the Greater Toronto Area (GTA) but when it comes to the main sectors—there is no doubt about it—the technology sector is by far the largest sector that we have in our community.

“We are the second largest information technology (IT) hub in the country—second only to the city of Toronto.”

Markham has over 1,500 high tech and life sciences companies, and they provide over 37,000 jobs in our community. To put that in perspective, we are the second largest information technology (IT) hub in the country—second only to the city of Toronto.

We also have a financial sector here with banks who have regional offices located within our community, and international banks who have their Canadian head offices here. The other big one is the service sector. It is quite interesting, when you go up the Highway 404-Highway 407 corridor, you will see some of the biggest names in engineering firms that are doing work here in Ontario, in other parts of Canada, and internationally. We have become quite a hub for some of those professional services located here in the city.

Then we also have digital media, everything from cultural radio stations to national and international television stations that are located here.

Markham’s economy is very diverse, but as much as we call ourselves Canada’s high-tech capital—and we have over 400 corporate multinational headquarters here—we are really no different than many other communities in the sense that the vast majority of businesses are small- and medium-sized enterprises (SMEs). They are the small businesses, everything from 5 to 20 employees, and we have thousands of those located within our community. We have that beautiful mix of corporate big giants like IBM, AMD and General Motors, to the mom and pop shops and everything in between. 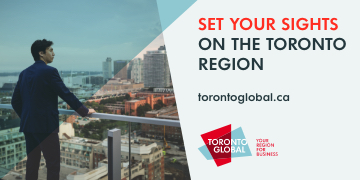 How connected are Markham and Toronto, their economies, and how does that benefit foreign investors looking to invest in the region?

Markham and Toronto are very connected, and some communities might see that as a curse, but I see it as a blessing because we are the second largest IT hub in the country, second only to the city of Toronto.

There are natural relationships in not just the IT sector but other sectors as well, where we have individuals that may live in Toronto and they are coming to work for our companies. Obviously, we have a number of people from our community that go to Toronto, we have companies in both cities doing business with each other.

But what connects us to Toronto—and certainly the rest of the GTA—is the transportation system. This is critically important in any metropolitan area, and Highways 404 and 407 not only help connect us to parts of Toronto but to the other parts of the GTA.

Our community stands out in many respects and we hold our own. It is often said that the city of Markham—which is up to 360,000 people—punches above its weight, and I can talk about different aspects of that, but we hold our own. We hold our own in the industries that are here, and we also have one of the highest percentages of post-secondary educated workforce in the country. That is in part because of our education system, but it is also because when the waves of immigration were happening—because of the criteria of getting into Canada—we were able to attract people who came here that are highly skilled, highly educated and have an incredible amount of experience in other jurisdictions. They brought all of that with them to our community and Markham has benefitted tremendously from their skillset, their knowledge, and their experience, which has also helped companies in Toronto and throughout the GTA as well.

One is our ecosystem. The reason is we are a community of our size with a number of IT companies, and it is not that they are standalone entities, it’s that we worked very hard at developing an ecosystem that supports technology and innovation. Our regional innovation centre, ventureLAB, has stood out in terms of the startup companies and the support they have given to foreign direct investment. Sometimes it is attracting the bigger corporations that have come here, but many times it is those new Canadians who come and bring their knowledge and expertise.

There is an ecosystem of ventureLAB and even York University, who have also opened up an innovation centre here in Markham, YSpace. There are some other private companies that also have research centres and innovation centres within their own corporations. There are five companies here in Markham that would be in the top 10 of research and development investors. You have IBM, Huawei, AMD, and Enghouse, which are big names in the community and some of the biggest investors in R&D.

Last week we had the ground breaking for a new campus for York University right here in the city of Markham. This particular campus is going to be integrated with the companies that are here. They are going to be working hand-in-hand to develop the curriculum so that the graduates of tomorrow will have learned the skillsets that the employers are looking for. That experiential learning is going to be part and parcel of this new campus, and that positions us well not only here within Canada but globally as well.

If a company was looking to invest not just in IT but in pharmaceutical or artificial intelligence, this is the place to do it because we have the people—we are going to have more graduates out of York University which will be positioned to work for those companies.

“If a company was looking to invest not just in IT but in pharmaceutical or artificial intelligence, this is the place to do it.”

Aside from the normal activities ventureLAB is doing to support companies, we also have the Hardware Catalyst Initiative. This is a lab that was established with the support of the federal government, which will allow for new companies to be established—because at the end of the day, we are looking for our technology to do much more in the future, and we have to have the hardware equipment to drive it all. This Hardware Catalyst Initiative will be a lab where companies and associations can come together to develop new technology to create that capacity and for it to be developed right here in Canada.

What municipal or provincial incentives exist to encourage foreign direct investment in Markham?

One of the things that I often say about the City of Markham, is that many communities will tell you that they roll out the red carpet—and it is a great feeling when you are walking down the red carpet—but it is what happens when you walk through the front door.

In Markham, you are going to get the support from us to get through some of the cumbersome processes—and they are getting better, but they are cumbersome—to get your building approved, open and built.

This is why Honda Canada came to the City of Markham. They were under a lot of pressure because they have been looking elsewhere to open up their head office and distribution centre in Ontario and Canada, and we got them through an official plan amendment, their zoning and site plan, in a matter of eight months. That is unheard of in the context of all the rules that we have to engage in. It is that concierge service that we provide not just on the red carpet but after you get through the front door. Markham has a local government that works hand-in-hand with investors when they come here because we want them to be successful.

There is also good news for investors at the provincial level—a lot of red tape being cut in Ontario, trying to streamline the investment process. There has been a great start to that, and we are working with the provincial government to ensure more is done so that municipalities can work faster and accept investment when it comes.

“Markham has a local government that works hand-in-hand with investors when they come here because we want them to be successful.”

Our talent pool is strong—we have one of the highest post-secondary educated workforces in the whole country, and we now have a public university that is going to enhance our position in that regard. Because of what we have been able to do in the management of the City of Markham, we have had the lowest average tax increase for the last 15 years in a row compared to other municipalities in the GTA, and as a result, Markham has the lowest industrial tax rate in the GTA.

We have the complete package, and we work with investors to make things happen as quickly and as effectively as we can. 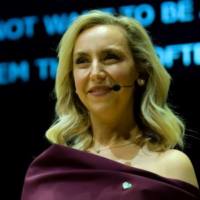 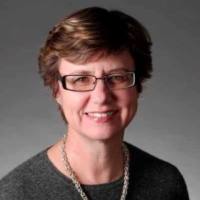 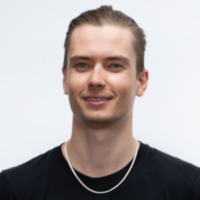 Bio: Frank Scarpitti is the Mayor of the City of Markham having been elected mayor four times between 2006 and 2018. He was first elected to Markham Council in 1985. He also serves on the York Regional Council and is the current Chair of York Region Rapid Transit Corporation. He led the initiatives to secure the Markham Pan Am Centre and the Markham Centre campus for York University.

Organization Profile: The City of Markham is located in the northeast region of the Greater Toronto Area and is home to nearly 360,000 people. It has one of the highest educated workforces in Canada and is known as Canada’s “High Tech Capital.” Founded in the 1790’s, Markham is Canada’s most diverse community.