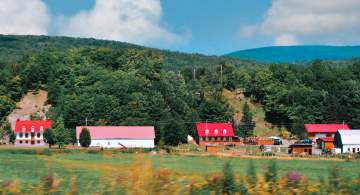 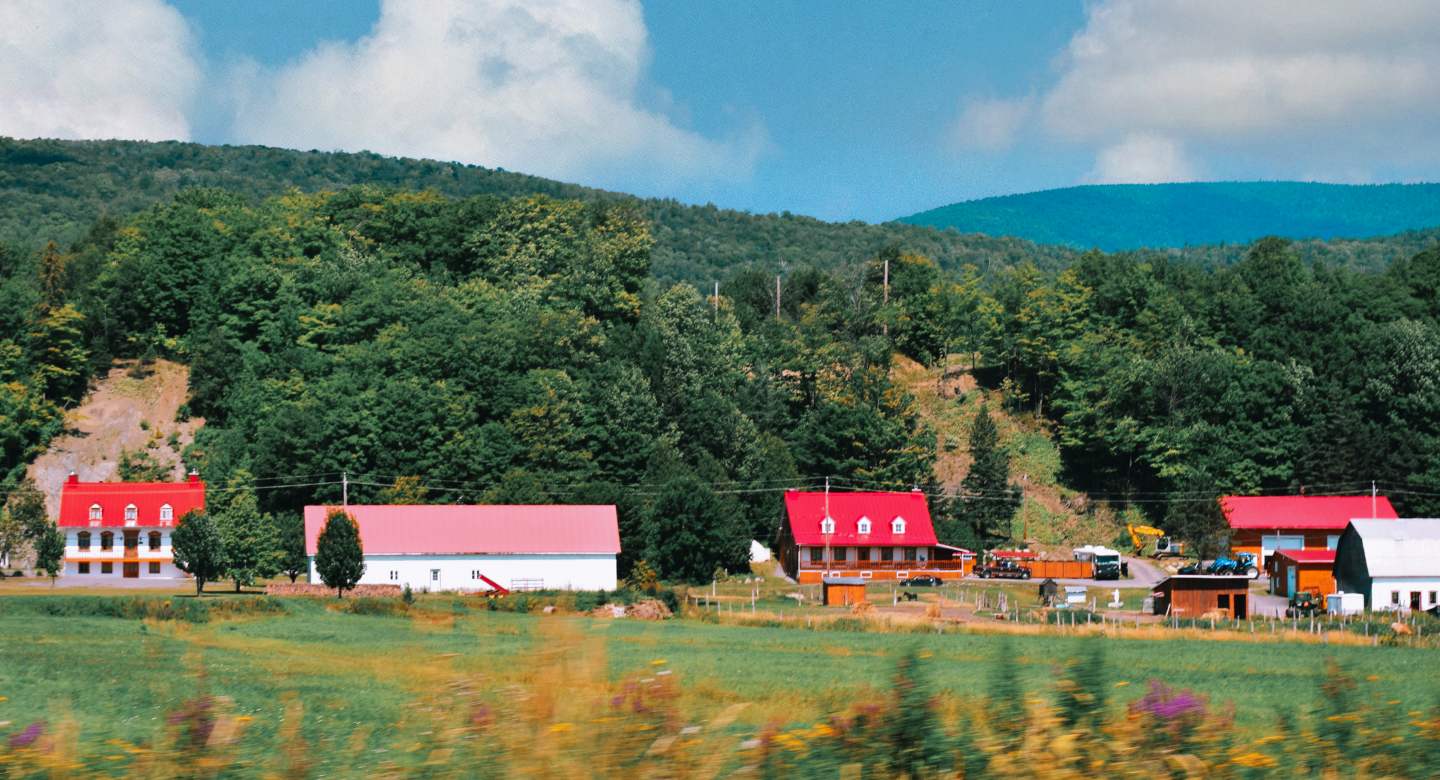 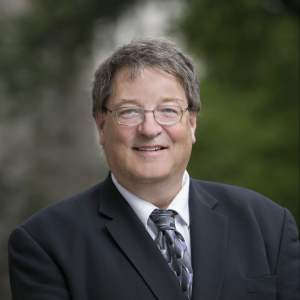 For several decades now, governments, businesses and communities have worried about the “digital divide.” This term describes the glaring separation between those areas with access to high-speed internet and those struggling with little or no connection to the most important engine for economic development in the early 21st century. As connectivity improves globally, rural Canada finds itself facing a more complex problem: the serious “innovation divide” between small towns and rural areas versus major cities in the country.

Innovation is a complicated phenomenon. While governments and the public tend to see innovation as an unreserved positive, there are significant challenges associated with the adoption of new technologies. The introduction of science-based innovations creates new commercial sectors and employment opportunities, but new machines and digital systems are eliminating thousands of jobs.

The world is in the midst of the greatest technological transformation in its history, with even more and faster changes to come. Artificial intelligence has massive untapped commercial potential. Robots continue to transform industrial processes and work. Online services continue to disrupt the retail, entertainment and service sectors. Sensors allow for the much more effective management of resources, energy and supply chains. Technological improvements have increased the efficiency of grain harvesting, mining operations and commercial logging, requiring major changes in the use of skilled labour. Renewable energy systems are improving rapidly, accelerating the transition away from fossil fuels. For workers, companies, communities and society at large, many potentially disruptive technological forces are at work.

The Ingredients of an Innovative Society

Innovation-based societies have certain core requirements, which are not limited to:

Having a university or a polytechnic institution close at hand helps, but it is a benefit enjoyed by few rural and remote regions in the country.

“The rural workforce lacks highly skilled workers and there is a serious brain drain to major cities.”

For much of rural Canada, the reality is not conducive to rapid innovation. Internet speeds in much of rural Canada lag well behind those of urban areas. In northern and Indigenous communities, cell phone and Internet coverage are often substandard. The same goes for decent electrical services. The rural workforce lacks highly skilled workers and there is a serious brain drain to major cities. Entrepreneurship is strong – the resource economies that dominate rural Canada require strong commercial instincts – but the country’s financial institutions are less than stellar in supporting rural businesses.

These contradictory forces: rapid technological change that is transforming the Canadian and global economy and major deficiencies in regional infrastructure and preparedness – represent a fundamental challenge to the economic future of rural Canada.

The development of rural resources in agriculture, forestry and resource extraction should become more efficient and therefore even more economically competitive. Rural Canada’s contribution to national GDP should increase, particularly as commodity prices respond to the global demand for resources. However, related technological forces could easily erode work and business opportunities in rural areas while exposing deficiencies in access to technologically focused education, regional infrastructure and overall economic competitiveness.

Moving forward successfully will require a concerted and systemic effort that has rarely been applied to rural Canada, a region long taken for granted by the nation’s business and political leaders. The area collectively known as “rural Canada” is, furthermore, fragmented into many provincial and territorial jurisdictions as well as different areas like agricultural and non-agrarian areas, declining economic zones (such as the non-fishing areas of the Maritimes), booming mining areas (Alberta’s oil and gas producing regions), North and South/Parklands, and sub-Arctic and Arctic parts of the country.

“There is no national or regional vision for the technological transformation of rural Canada.”

Rural Canada does not speak with a single or unified voice, lacks sustained political pressure at the national and regional levels and is without a shared vision of a technologically-enhanced future. Like much of the world, rural Canada has an intuitive sense that innovation is good for the region, but little more than vague notions about how scientific and technological changes might transform rural life. There is no national or regional vision for the technological transformation of rural Canada which means, logically, that there can be no systematic, long-term strategy for achieving the desired transformation of small towns and rural areas.

Some of the advances to date have already revolutionized life in these areas. Digital entertainment through Netflix, Prime Video or dozens of inexpensive streaming services has overcome rural separation from contemporary popular culture. E-commerce applications from Amazon, Rakuten and hundreds of small and large businesses have transformed shopping across the country, albeit often at the expense of local businesses. Where cell phone or Wi-Fi-based calling is available, rural residents now have instant access to people, businesses and organizations around the world. Social media allows the same folks to connect with family, friends and like-thinkers, sparking a fundamental reordering of political organizing and social mobilization in Canada and internationally.

The pandemic spawned a rapid expansion of remote work, allowing hundreds of thousands of mostly professional employees to choose the location of their office. For thousands of small towns and rural areas, the transition from in-office work to video conferences meant a small wave of new residents and a surge in local business operations. Local businesses benefited, as did home sales and the general vitality of communities, particularly those located within a short (150 km) distance from major cities.

“The pandemic forced the country, including rural Canada, into rapid, difficult and uncertain technology-based transitions.”

At the same time, millions of students shifted to video conference-based education, testing the adaptive capacity of schools, teachers and students while also participating in the international experiment on the utility of online learning. While results are unclear – some but not all the home workers have returned to their offices and the effectiveness of digital learning remains substantially unknown – the pandemic forced the country, including rural Canada, into rapid, difficult and uncertain technology-based transitions.

It is time to move forward. The unrealized potential of innovation in rural Canada continues to hang like a cloud over much of the country. Emerging technologies, creative digital implementations, advanced machinery, large-scale data management systems, artificial intelligence and many other factors continue to put pressure on the rural economy and its political systems. It remains to be seen if rural Canada, either at the community level, in specific regions or across the nation, can seize the opportunities and develop innovation-based societies in areas that are well outside the Canadian arc of metropolitan-centred innovation.

How to Support Innovation in Rural Canada

A lot remains to be done:

Most of the elements identified above are catch-up initiatives. If done successfully, they will bring rural Canada up to or at least closer to acceptable Canadian norms. This work is vital and must be undertaken, but it cannot be all we do. If we do not do more, rural Canada’s status as the part of the country that lags in national standards will only be reinforced. Small-town Canada and rural areas are not charity cases, to be aided in overcoming barriers and left to slowly catch up. These areas are vital to the Canadian economy and deserve sustained political and commercial potential.

“The country’s retail businesses and service firms should explore new ways of connecting with rural clients, potentially revolutionizing the Canadian economy in the process.”

Major investments are required in the development of new applications for digital communications, including exploring the educational, medical and other uses of hologram technologies. 3D-printed homes and the use of advanced wood construction materials should become a hallmark of rural communities, homes and businesses. The development of drone delivery systems, particularly for emergency items, should become a national priority, as should the exploration of the commercial potential of airships as heavy-load delivery systems. The country’s retail businesses and service firms should explore new ways of connecting with rural clients, potentially revolutionizing the Canadian economy in the process.

Rural Canada lags well behind in the innovation economy. It is possible to imagine a rural future that is empowered by technological transformations and mobilized by scientific discovery and practical applications. It is quite easy to imagine a rural and small-town future that brings the region on par, or at least close to, urban areas, but all this is unlikely if Canada continues on the same trajectory. The federal and provincial neglect of rural Canada, fragmentation of rural politics, diversity of interests and limited institutional and financial support for transformational change limit the possibilities. Rural innovation lags and could be a great deal better, but the prospects for sustained transformation are hampered also by a lack of rural and small-town commitment to embracing the technologies of the 21st century.

“Canada must invest heavily in becoming a world leader in rural revitalization and stability for the long term.”

Rural Canada can go further and faster. The impressive innovations in digital agriculture, technology-enhanced mining and high-end forestry have to be accorded a higher profile in the country and must be celebrated for their perception-altering and economy-building potential. Canada must invest heavily in becoming a world leader in rural revitalization and stability for the long term. 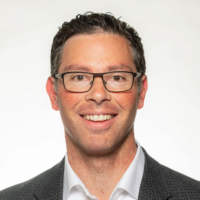 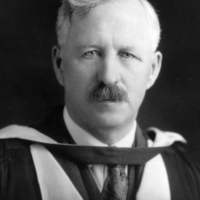 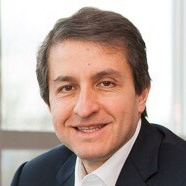 Bio: Ken Coates is the Canada Research Chair in Regional Innovation at the Johnson-Shoyama Graduate School of Public Policy, University of Saskatchewan. He is also a Distinguished Fellow and Director of the Indigenous Affairs Program at the Macdonald-Laurier Institute. His work focuses on the development of strategies to promote 21st-century wellbeing in small-town, rural, Indigenous and remote Canada, looking at the potential contributions and negative impacts of emerging technologies on these communities.

Organization profile: The Johnson Shoyama Graduate School of Public Policy is a centre for advanced education, research and training in policy and administration. The institution was established in 2007 as a joint collaboration between the University of Regina and the University of Saskatchewan.