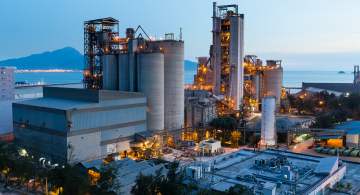 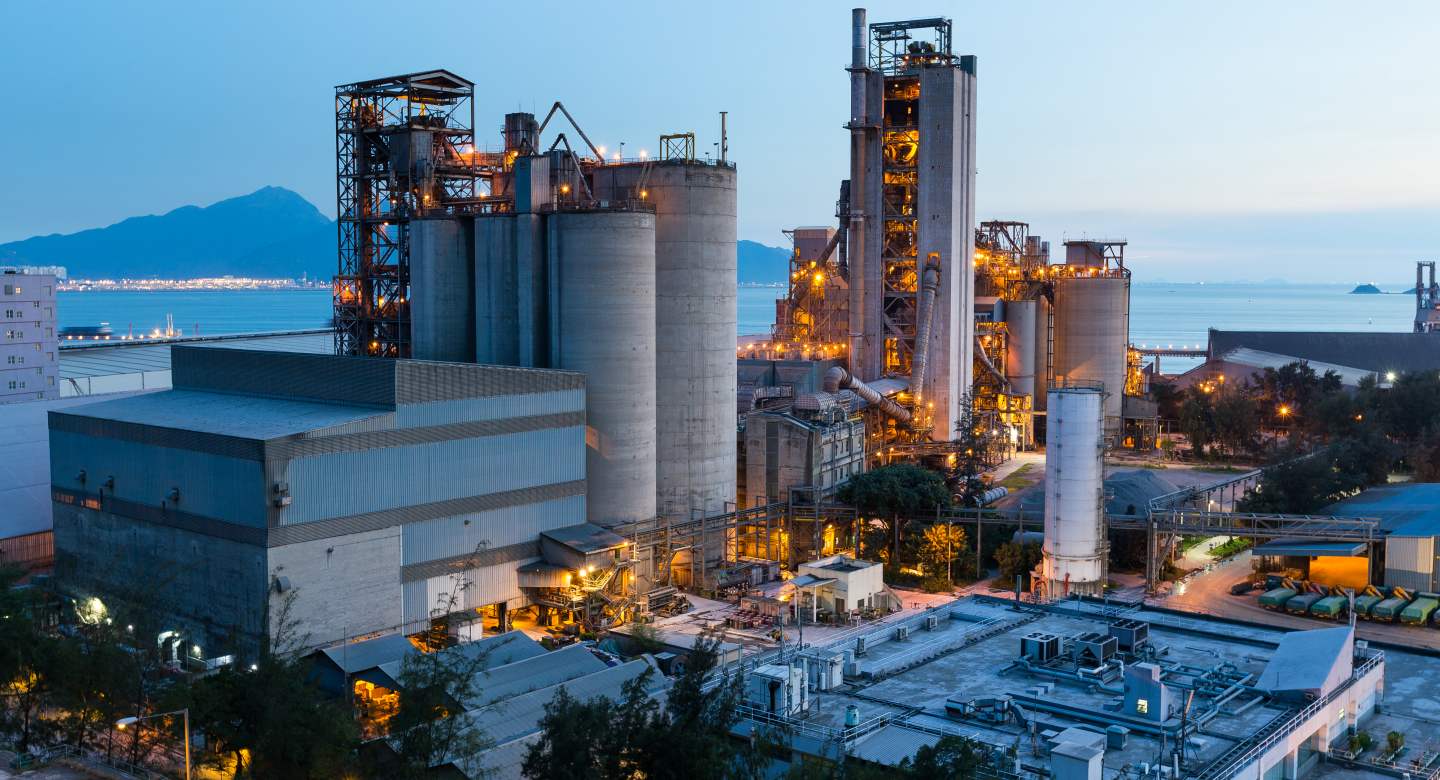 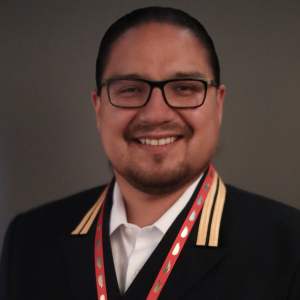 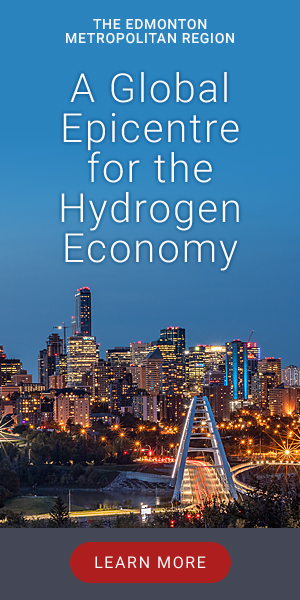 Due to the nature of First Nations’ treaties with the Canadian government, they can be viewed as a different arm with easier access to the government. This makes them great facilitators of fast and easy business, especially for emerging industries such as hydrogen.

What is the potential of hydrogen in Canada’s future economy?

The potential is quite simply this: Canada’s goals for net-zero emissions by 2050 have to be met tangibly and practically. Hydrogen will be a pillar of a net-zero carbon economy in Canada.

“Alberta, in particular, probably has the strongest opportunity economically to transition to a net-zero economy.”

Alberta, in particular, probably has the strongest opportunity economically to transition to a net-zero economy. We have the expertise, experience, know-how and the identity of Edmonton and Alberta in oil and gas to transition to hydrogen. 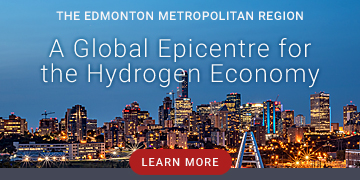 What is the Edmonton Regional Hydrogen HUB and who are the parties involved in it?

The hub is a combination of local, municipal and government leaders as well as local private industry and organizations such as accelerators and business groups such as the Sturgeon County Heartland Association. It brings all these regional players together in one zone to create an environment where hydrogen can excel and move into actual development.

The final ingredient of the hub is the First Nations themselves. Here in Edmonton, Alberta and Canada, we are seeing reconciliation occur economically. We are proud to be at the table in the Hydrogen HUB and I am extremely fortunate to be the vice chair.

Why were Edmonton and the region chosen for Canada’s first hydrogen hub?

Edmonton’s advantage is that it is oil and gas country. Edmonton has an abundance of oil and gas infrastructure that can be used for blue hydrogen. We have all the variables, capital, infrastructure and gas supply. We have expertise in the refining and extraction of gas, and that is what drives hydrogen processes. Hydrogen is economically viable in Edmonton because it shares principles and a foundation with the established oil and gas sector. That is what makes Edmonton different from anywhere else and a prime candidate for the catalyst of hydrogen in Canada.

Foreign investors can feel safe coming into the region. The hub is not just the city by itself. It does not just have one minister or one company. It includes local and regional players at all levels who want to facilitate the growth of hydrogen, and I do not think there is that level of coordination in other regions across Canada. This is the most coordinated hub and the one that makes the most economic sense. This is why we see solid progress in this region in the form of companies like Air Products investing $1 billion in our local region. All the factors are moving in the same direction for foreign investment.

How must First Nations and Indigenous stakeholders be engaged in such hydrogen developments?

For the engagement of First Nations, we need to look to history. In Canada, resource extraction in First Nations territory has always been paternalistic. The Indian Act, which legislates First Nations’ business and interaction with the economy, has held the First Nations back for the better part of a century now, especially when it comes to oil and gas.

“First Nations are right here at the start of the regulatory, production and equity conversation for hydrogen.”

There are so many lessons to be learned from that legacy. We are seeing great wins here and there, but too many of them occur in court and are defined by conflict. Early on in the oil and gas development process 50 or 60 years ago, when my great grandfather was chief, it was the Minister of Indigenous Relations controlling everything. They were the ones in charge of transactions, wealth-sharing and nation-building from those resources. Now, early on in the development of a new kind of industry, First Nations are right here at the start of the regulatory, production and equity conversation for hydrogen.

It is not just about the bottom line. Companies and governments have to come to our communities and get to know the people. You have to come and get to know, as juvenile as this sounds, Billy’s grandma. You have to participate in our ceremonies and share meals with us. You can think of First Nations as a large family business. A community like mine is a 2,632 person family business and we conduct business by getting to know you first. We are very welcoming and we love to share our story and culture.

I love the idea of that and I hope you can hook up our next interview with Billy’s grandma.

It would work because in a family business, it is quite likely that Billy’s grandma was part of leadership before or oversaw business as a leader 20 years ago. She is an elder in the room who I have to run things by so she is not just my grandma, she is also a senior advisor to the Nation.

How would you define the potential of hydrogen for Indigenous communities in Edmonton, Alberta and Canada?

Hydrogen represents the opportunity for Indigenous people across Canada to live up to our reputations as stewards of the land. We are here to ultimately protect the land—that is the teaching our elders have passed down to us as our responsibility.

Our goal is to do right by Mother Earth, but also find a balance between making money and creating business and doing so in a sustainable way that honours Mother Earth and our traditional teachings. That is what hydrogen represents.

How cooperative are the players in Edmonton’s hydrogen hub and how welcoming is the ecosystem to foreign investors?

Local partners are very much on the same page. We are fortunate as First Nations to sit at that table with multiple other mayors and local regional representatives. When a major investment is made, businesses can count on support from the local mayor, First Nations and industry throughout the production and systematic value chain.

“Edmonton’s hydrogen sector could use more clarity and drive from the provincial and federal governments.“

There are a few challenges in this developing sector. Edmonton’s hydrogen sector could use more clarity and drive from the provincial and federal governments. Locally, the hub is great, but we really have to lobby hard and push provincial and federal governments into action. The government should not just focus on production and big investments but also on creating demand. We have to create the market and that has to happen at a micro-scale too. When we talk to federal and provincial governments, we have to do extra paperwork for things such as bringing hydrogen trucks for pilot projects locally to work with the municipalities. Whether these trucks doing simple transportation or helping to create a local hydrogen economy, we cannot be stopped at the border with Canadian regulations that do not know how to deal with something new.

If you are a foreign investor, come and see us and talk to us. First Nations have arms-length access to the government, as opposed to municipalities or even the private sector. We have different lobbying mechanisms to go to government and hold discussions. First Nations themselves can create legislation and regulatory regimes. We would never do it at the cost of quality but we do represent an arm that has never been thought of by the private sector and foreign investment as a way to get over the little humps and regulations that government has that sometimes get in the way of new innovations in new sectors.  Foreign investors should talk to First Nations if they want to create an environment that facilitates the speed of business, innovation and commercialization. We represent a new arm to get there sooner. 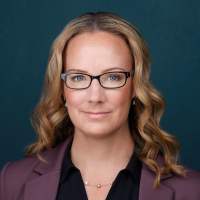 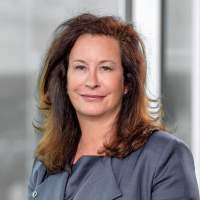 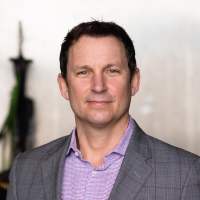 Bio: Chief Billy Morin is the Vice Chair of the Edmonton Region Hydrogen Hub and Chief of the Enoch Cree Nation. He was elected Chief in 2015, becoming the youngest leader in the history of his community. In 2020, was appointed as the Grand Chief of the Confederacy of Treaty Six. His goal as Grand Chief is to foster the relationships between First Nations and the private sector.

Organization Profile: The Edmonton Region Hydrogen Hub is Canada’s first hydrogen hub. It is an alliance of government, Indigenous, academic and economic development leaders to kickstart the Edmonton Region’s hydrogen economy. The Enoch Cree Nation is a member of Treaty Six, with over 2,500 individuals in its community in a territory spanning 5306 hectares.