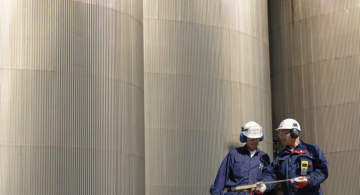 TheFutureEconomy.ca: In October 2016, the World Energy Council (WEC) stated that we are “beyond the tipping point for a global energy transition” and that energy – specifically oil and gas – companies must “innovate or die”. Do you agree with this, and are Canadian companies acting upon the imperative to innovate as a matter of urgency and survival?

Neil Huff: Some of our ARCTIC programs in the oil and gas sector are being done in partnership with COSIA. Working with COSIA, we have learned that they are very focused on changing and I think they would agree with that statement. Just the fact that 13 of the largest companies in the oil sands got together and created COSIA is a testament to that fact, but the reality is that most of these organisations still look at investments from an economic point of view and the economics need to be there. With carbon pricing it is easier for the economics to be there versus not having enough financial incentive to do these things.

When these companies look at issues like carbon capture and sequestration, they are still thinking about it from a cost perspective. When looking at greenhouse gas reduction goals, the key areas of focus in the oil and gas sector are energy efficiencies. A typical oil sands operation generates steam and companies will look at it from the point of view of how to create steam with a lower greenhouse gas footprint, how to recapture some of that waste heat and re-use it, and how to improve energy efficiencies in the overall process. Therefore, one of the key areas of focus is carbon capture, either through sequestration or reuse. There are initiatives such as the US$20 million XPrize, which is focused on finding valuable uses for carbon dioxide as opposed to being a waste stream. Waste heat capture, energy efficiency and carbon capture storage are probably the key areas of focus that will help in this situation.

The federal government has made its ambitions to adhere to the Paris Agreement clear. What can the government and industry do to boost not just innovation, but entrepreneurship in general in and around the oil and gas industry?

From a practical point of view, the cost of carbon is one way to force that. It is looked at from an economic perspective first and if there are ways to make the economics more attractive, which already is a focus of the federal government.

From the point of view of entrepreneurship, it is necessary to drive and communicate technologies or some of the problems down the chain and all the way through to the universities. That way you can get universities to perform practical development and get students involved in the process. Also most of the universities are looking at programs to teach entrepreneurship to their graduate and PhD students. If you put the two together, all of a sudden you have somebody that understands technology and a little bit about business. So once they have launched a company with a technology that has been driven by a real need out in the industry, they will require help and processes along the way. That is what Foresight, ARTIC and a number of people are doing; they are driving the technologies down the chain.

“When looking at greenhouse gas reduction goals, the key areas of focus in the oil and gas sector are energy efficiencies”

Innovation in the oil and gas industry requires significant financial resources. What creative financing models exist today and what is still needed to further provide support to innovators?

The venture capital community has been scared away from these capital intensive types of technologies because it takes too long to develop them and that timing does not match their cycles. Therefore, there is a need for alternative financing sources. Across the country, a group of cleantech executives is lobbying the federal government for a loan guarantee program aimed at capital-intensive technologies. These require several million dollars to perform pre-pilot and pilot testing programs to take the technical risk out of the technology. It is very difficult to find ways to fund that, but if the banks had some kind of guarantee from the government it would allow banks more leeway to loan money to higher-risk technologies.

Foresight was established in 2013. There are many other accelerators and technology clusters. What differentiates Foresight from the others?

We have two key differentiators. The first is our vision, which is to develop clean technology and to have it become a powerhouse in Western Canada. To do that you need more than clean technology; it is in essence everything that is hardware or mass materials related. These usually have longer cycles, both from the point of view of developing your market and developing your technology. They also have higher capital requirements. For that reason, there were no accelerators that were really looking at that space in Western Canada.

“There is a need for alternative financing sources”

The other difference is the model itself, which is funded by the British Colombia Innovation Council, which itself is funded by the Government of British Colombia. The model consists of the executive and residence model rather than a “four months and you are out” model, which is typical in the IT sector. We are continually bringing on company clients and they stay in the program. We look at the companies from zero all the way through gaining market traction and Series A financing, which is when they graduate. In a clean technology sector, that can take three to five years. We have had companies that have been in our program for two and half to three years, and as long as they progressing, meeting milestones, listening to us and moving forward on a pathway that looks like they are going to get there, they stay in the program. We are not-for-profit so we do not fund companies directly, but we help them through our relationship with the Business Development Bank, who brings $250,000 to the table and we help the company find the required 100% matching funding for that. They typically get a half million to a million dollars in financing, which is pre-Series A money to help them get customer traction and get prepared for a larger series of funding.

What is your relationship with COSIA and the rest of the oil and gas industry?

We received most of the funding for ARCTIC through Western Economic Diversification. The ARCTIC program stands for Advanced Resource Clean Technology Innovation Centre, and it aims to connect resource industry problems with entrepreneurial solutions. We do that through a challenge dialogue process, and we are going to do six of these over the course of the next three years. We have four underway now, two of which are with COSIA. COSIA took the leap of faith and participated in the first challenge dialogue process with us, and they liked it so much that they launched a second one just a couple of months ago. For the first one, the problem they were looking at is that they have tremendous amounts of low-grade waste heat that gets thrown into the atmosphere. We had to look at how we can capture it and convert it into something more useful; either higher grade waste heat or electricity. As part of the process we sat down with the industry partners, which was COSIA in this case, and deconstructed the larger problem to define a challenge that meets the criteria of the program. We then took it out to the eco-systems, where 125 people were involved in getting this challenge to the point in which it is ready to go out to the market. We had a full day workshop, as well as going back and forth in focus groups online. Once we produced a challenge paper, we issued an RFP and had 18 respondents. A steering committee selected 3 out of those 18 proposals, and the 3 companies went into a 6-month sprint with the purpose of allowing the companies to demonstrate how they are going to solve this problem and what their technology can do. So in the case of the COSIA challenge, that consisted of an engineering study that simulates how these technologies will integrate into a SAGD facility, demonstrating the economics, energy savings, and the greenhouse gas reductions.

That is where we are right now. We have gone through the sprint and are waiting to choose the winner. That winner will go into a 12-month field trial with COSIA, and the hope is that it will turn into a commercial technology. We would thereby have generated economic activity in Western Canada with a new commercial technology that is attacking a real problem that COSIA wanted to solve. That is what the ARTIC program consists of, and we are going to perform six of those.

“When [oil sands] companies look at issues like carbon capture and sequestration, they are still thinking about it from a cost perspective.”

If budget were not an issue, would you do more of what you are already doing or would you do certain things that you are not doing right now due to insufficient resources?

For the ARCTIC program, we would try to become involved in larger projects since funding still is a limiting factor. We have been very well received by COSIA and the other groups that we are doing these challenges with, so we would expand by doing more and higher value projects.

We would do the same with the accelerator. We are looking to turn it into a growth phase accelerator so that companies that graduate from Foresight 1.0 would go to Foresight Growth, which would have a whole different aspect to it. It would consist of EIRs with growth experience; building out your sales and marketing teams and your supply chain, getting into manufacturing, and all of the processes that businesses need to go through when they hit the growth phase. From the point of view of the accelerator we are going to expand into two phases; early stage and a growth accelerator. 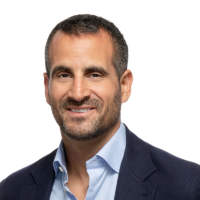 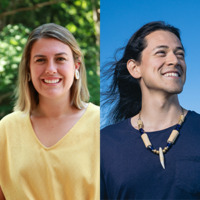 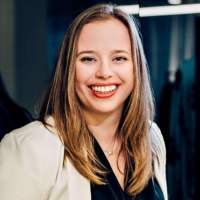 Neil Huff is Managing Director of Foresight CAC. Prior to Foresight, Mr Huff was co-founder and CEO of micro-fuel cell developer Tekion, working extensively in the development of portable power solutions for electronic devices. He was also CEO of Ballard Power’s lithium battery division, and spent 17 years in the automotive industry in companies such as Rockwell International, General Electric and Autosystems Manufacturing. He has a Chemical Engineering degree from Queens University and an Executive MBA from the University of Toronto.

Foresight Cleantech Accelerator Centre is a not-for-profit Canadian company with a mandate to help make Western Canada the world’s leader in the development of clean technology. Its goal is to jumpstart the process of developing profitable, high-growth business models for taking advanced technology from the R&D stage to commercialization and beyond.