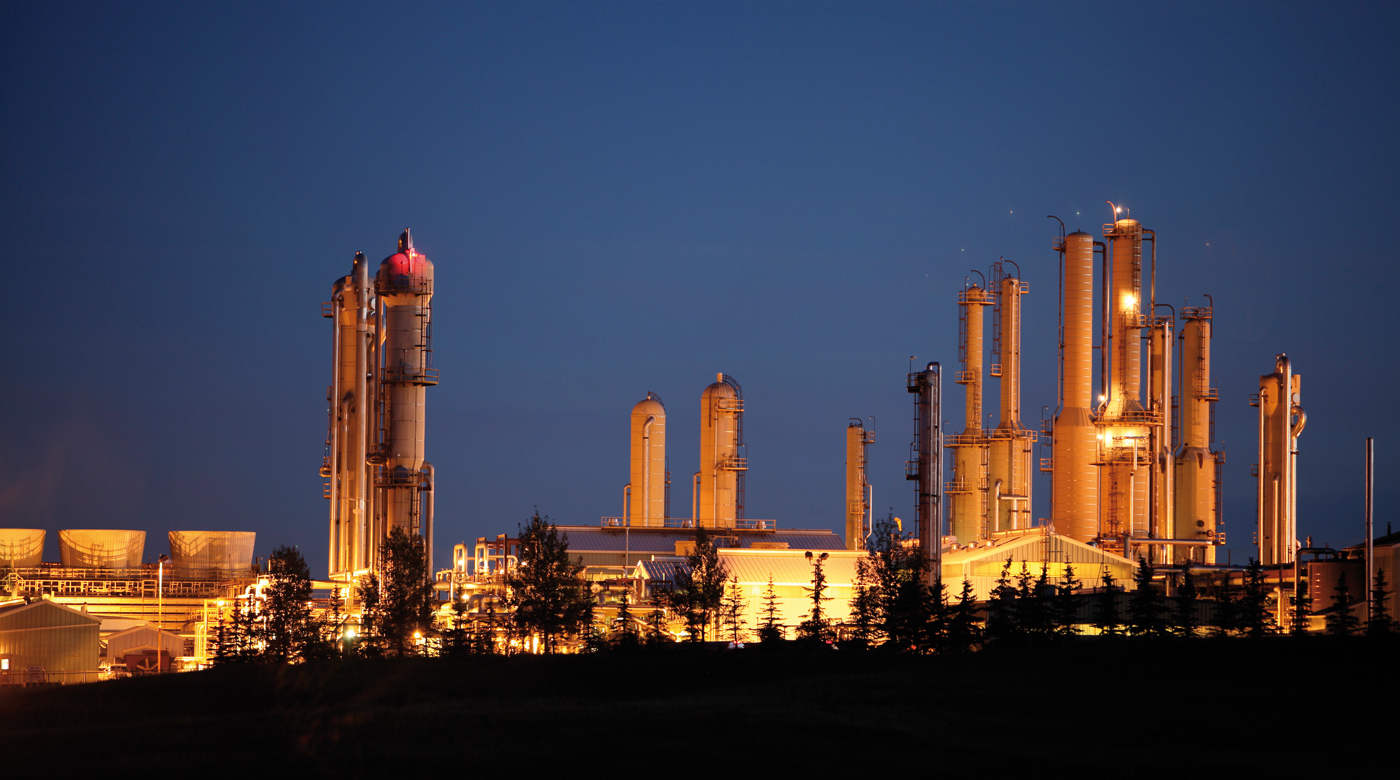 TheFutureEconomy.ca: In its latest Energy Focus Annual the World Energy Council stated that we are “beyond the tipping point for a global energy transition” and exclaimed that energy – specifically oil and gas – companies must “innovate or die”. Do you agree with the WEC’s assertions and what does this mean for Canada and its oil and gas industry?

Jeff Erikson: I believe that all companies must innovate or die, and so in that regard, yes I do agree. I am not sure that I would call where we are with the energy transition a tipping point, but the pace of change is certainly accelerating. That said, it is commonly agreed that fossil fuels will remain a key part of the global energy platform at least through mid-century. Governments and many leading companies, including some in the energy sector, have demonstrated a firm understanding of the economic, social, environmental and business risks associated with the current level of greenhouse gas emissions and are addressing those risks.

The Canadian government has demonstrated great leadership and vision with its investments in reducing its carbon emissions. Western Canada, in particular, is highly dependent on fossil fuels for both its own energy needs, and for income from exports. As the world increases its commitment to reducing carbon emissions, Canada and its energy companies will need to develop and apply low-carbon technologies if they wish to continue to use their domestic fossil fuel resources.

“We need to use a whole portfolio of measures to decrease atmospheric carbon emissions – end-use fuel and electricity efficiency, fuel switching, renewables, nuclear and CCS.”

What is the role of CCS in addressing climate change and achieving a low-carbon future?

The Intergovernmental Panel on Climate Change (IPCC) has established that if we want to avoid the most serious impacts of climate change, we need to limit the increase in global average temperature to 2 degrees Celsius. That corresponds to a concentration of CO2 in the atmosphere of about 450 ppm.

So how are we going to do that? It is, frankly, an enormous task. We need to use a whole portfolio of measures to decrease atmospheric carbon emissions – end-use fuel and electricity efficiency, fuel switching, renewables, nuclear and CCS. The International Energy Agency estimates that CCS will be needed to account for around 12% of those emissions reductions. If you don’t include CCS as a low-carbon option, the IPCC estimates that the cost of meeting the two degree target more than doubles. So not only is CCS an existing technology, it’s a cost effective one as well.

Is CCS a viable option from a business and investment point of view? Please provide specific examples and numbers if possible.

It can be. Most operating CCS projects – there are currently 15, most of which are in North America – use CO2 from industrial sources, where capture is less expensive, sell their CO2 for Enhanced Oil Recovery (EOR), and have been operating profitably, some for as long as 40 years. The challenge is to continue to reduce the costs associated with capturing CO2, or change project economics in other ways, so that CCS is profitable on more applications. To reduce costs further, capture technologies are being developed through a variety of avenues. These include successful carbon capture demonstrations in the power sector and industrial applications to gain valuable design, construction and operational experience – basically learning by doing. There are also continuing research and development efforts across a range of capture technologies, higher efficiency power generation cycles and industrial processes. And this is supported by coordinated efforts in knowledge sharing and collaboration along the entire development chain, from early laboratory concept to scalable pilot testing and large-scale project demonstrations. However, policy parity, on par with renewable energy sources, is necessary to advance carbon capture development and deployment.

With power generation contributing a significant share of CO2 emissions and an accelerating shift towards low-carbon and renewable energy sources, how relevant a solution do you expect CCS to be in the future?

On a global basis, completely eliminating the use of fossil fuels for power generation is highly unlikely for many decades to come. Globally, fossil fuel use is projected to continue to rise, though its percentage of the total energy mix will fall. The largest growth will occur in developing countries, where hundreds of coal-fired power plants are planned to be constructed over the next couple of decades. So, when you look at that, and you look at the need to limit climate change, deployment of CCS on power plants must increase dramatically. Here in North America, there aren’t a lot of new coal-fired power plants being built. While natural gas is much less carbon intensive than coal, unabated gas plants won’t get us to our climate goal, so down the road we see the need for CCS on gas-fired power plants.

Furthermore, the industrial sector in total emits 25% of the world’s CO2, and CCS is the only technology that can achieve large reductions in CO2 emissions from industries such as iron and steel, chemicals and cement.

“If you don’t include CCS as a low-carbon option, the IPCC estimates that the cost of meeting the two degree target more than doubles.”

The Global CCS Institute is an international organization that aims to accelerate the development and deployment of CCS technologies. How does your collaborative membership model contribute towards effectively achieving CCS targets?

At the Global CCS Institute, we focus on three things: raising awareness and understanding of CCS; increasing policy support for CCS; and creating commercial opportunities for CCS. Our diverse membership provides us with the experience, knowledge, influence and credibility that make us effective. We have about 80 members globally, and 21 in the Americas region, including governments, fossil energy companies, research organizations, technology providers and environmental NGO’s. What they have in common is a commitment to addressing climate change and a belief that CCS is an essential part of the solution. We want to continue to expand the tent, and so we are always reaching out to organizations that aren’t yet sold on CCS, or who are sold but just don’t know how best to channel their efforts.

How is Canada positioned in terms of advancing CCS technologies and what are the specific competencies Canadian companies and research institutes offer compared to other countries?

The Canadian government, the provinces of Alberta and Saskatchewan, and numerous Canadian-based companies, including notably Shell and SaskPower, have made substantial investments in CCS. The Quest and Boundary Dam CCS projects each recently achieved the milestone of one million tonnes of CO2 captured. Quest has utilised CO2 storage in a deep saline formation, while CO2 captured at Boundary Dam is principally stored via enhanced oil recovery (EOR). And the Alberta Carbon Trunk Line is expected to begin operations – transporting CO2 from facilities in Alberta’s industrial center to EOR fields – in late 2017 or early 2018. These are model projects that should be replicated as part of the national government’s pledge to mitigate CO2 emissions.

As a result, not only is there a great deal of expertise residing in those entities, but a robust research ecosystem also resides here. In addition to universities and research organizations pushing the knowledge envelope, Canadian companies, such as CO2 Solutions and Inventys, are making significant strides in developing cost-effective CO2 capture technologies that can be applied in both power production and industrial systems.

SaskPower is faced with a decision to either retire or deploy CCS on Boundary Dam Units 4 and 5. We hope that this decision will both reflect and extend the Canadian commitment to be leaders in CCS.

What can the Canadian government do to promote innovation and the adoption of CCS technologies in Canada? Is a carbon tax the panacea the industry was waiting for?

Additionally, applying CCS to a cluster of major industrial or other sources of CO2 can also protect regions against potential high future carbon prices. Establishing ‘low carbon industrial zones’ could bring additional significant advantages in the race to attract and maintain investment.

“CCS is the only technology that can achieve large reductions in CO2 emissions from industries such as iron and steel, chemicals and cement.”

Lastly, the Canadian government should continue to invest in R&D in carbon capture, utilization and storage (CCUS). R&D is crucial for bringing the costs of carbon capture down, as well as discovering new ways to produce useful products from carbon dioxide that will allow permanently sequestering CO2. For example, the Canadian government’s CanmetENERGY division is involved in very promising oxy-combustion work that has the potential to substantially reduce the cost of carbon capture from fossil fuel power generation. They are also doing excellent work on CO2 storage technologies.

How can the Global CCS Institute assist Canada’s governments and its oil and gas industry in matters of CCS policy and regulations?

We are regularly in contact with the national and provincial governments in Canada, some of whom are members of the Institute, providing technical guidance and updates on how CCS is progressing in the U.S. and globally. In fact, I have been invited to testify in front of the Senate Committee on Energy, the Environment and Natural Resources on the effects of transitioning to a low carbon economy, as part of the Government of Canada’s announced targets for greenhouse gas emission reductions.

The Institute also believes firmly in strengthening public engagement and education for CCS technology. Research on the acceptance of CCS echoes the United Nations Educational, Scientific and Cultural Organization (UNESCO) recommendations on the value of education and awareness-raising activities to improve understanding and engagement.

“The Canadian government should continue to invest in R&D in carbon capture, utilization and storage (CCUS).”

We have found that CCS education resources are most effective when local educators are involved. For example, the Boundary Dam and Regina Catholic School Division (RCSD) collaboration is an ideal case study in Canada: SaskPower and teachers from the RCSD collaborated on a low-carbon education initiative, celebrating their community’s first-of-its-kind CCS project. Using local educators meant resulting outputs addressed local concerns, and were integrated into the curricula.

In addition, we have regulatory and legal specialists within the Institute who in the past have been contracted directly by individual nations to assist them on CCS-related regulatory issues. We stand ready to offer the same support to Canadian policymakers.

Jeff Erikson joined the Global CCS Institute in January, 2016 as the General Manager for the Americas region. He has overall responsibility for the Institute’s activities in the region, and leads a team of seven specialists engaged in all aspects of carbon capture and storage. Prior to joining the Institute, Jeff was Director of Global Projects at the Carbon War Room, an international non-governmental organisation and think tank working on issues regarding market-based solutions to climate change. Jeff served as Senior Vice President at SustainAbility, a global think tank and strategic advisory firm. He spent 14 years at Mobil Oil and ExxonMobil Corporation, where he was responsible for projects and programs in multiple engineering specialties and across a broad range of environmental, health and safety issues.

The Global CCS Institute is an international membership organisation. Its mission is to accelerate the development, demonstration and deployment of carbon capture and storage (CCS), a vital technology to tackle climate change and provide energy security. Working with, and on behalf of, its members, it drives the adoption of CCS as quickly and cost effectively as possible by sharing expertise, building capacity and providing advice and support so that this vital technology can play its part in reducing greenhouse gas emissions. Its diverse international membership consists of governments, global corporations, small companies, research bodies and non-government organisations. It is headquartered in Melbourne, Australia with offices in Washington DC, Brussels, Beijing and Tokyo.