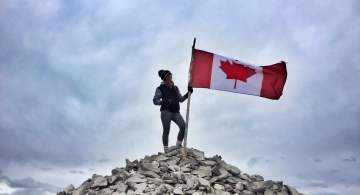 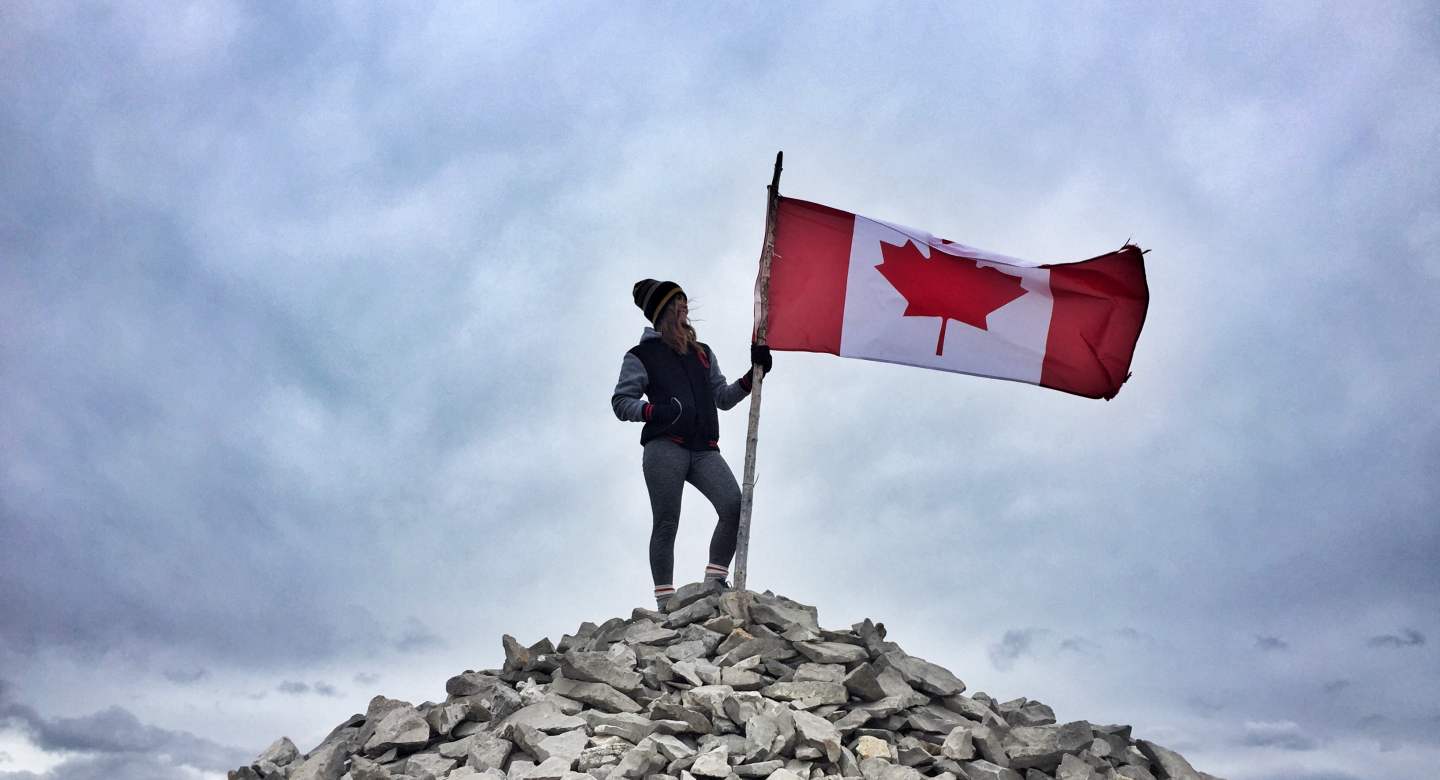 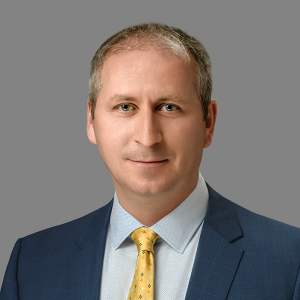 Canada must think for itself in order to emerge from the pandemic as a successful state with a bright future economy. Failure to prioritize our national interest and be more imaginative in our economic strategy will lead to the stagnation of the economy.

What do you mean when you say that Canada must think for itself?

Canada is one of the most educated societies in the world. I am extremely proud of being Canadian, as are you, and therefore I urge all listeners not to be insulted when I say Canada must think for itself. Canada was born a very distinctly colonial society. The Constitution Act of 1867 says that Canada will “conduce to the welfare of the provinces and promote the interests of the British Empire.” This means that despite the methodology we have in our pedagogy and public discourse, we are born as an annex to the British Empire. After the Second World War, we migrated to the American Empire. To this day, we remain an extension of American power at a time when American power is increasingly unimpressive, British power is very marginal and we are surrounded by great powers on all sides. Canada’s systems collapsed during the pandemic and yet we cannot muster the intellectual fortitude to understand our circumstances.

Moreover, thinking is not just having a good thought or having reflected. It is really a function of the work that you put in as a country to build scaffolding on top of which you can work. Countries like Russia, the US and China have a lot of intellectual scaffolding that Canada does not have. We are not going to get to the level of these countries just by saying that we have ideas. We need to build our scaffolding before we can get to the higher level of thinking that we need in our country to master our circumstances coming out of the pandemic and in this century.

What are your 10 theses for Canada’s survival and success in the 21st century?

The first thesis is that we will come out of the pandemic with six or even seven national systems crises. Some of those crises are obviously related to public health but that is a minor crisis. We will have a massive economic crisis, a historical education crisis which is global and much bigger in other countries, an institutional crisis, a national immunity crisis, a crisis of international weakness and a growing social crisis in the country.

The second thesis is about our circumstances, which we talked about in your first question. We should not only be interested in the American border as we keep telling ourselves. We should not only be interested in what Washington says or what the American media says. We are surrounded geographically by great powers on all sides. We have China to the west, Russia to the north across the melting Arctic and we still have Europe. ACRE, which is America, China, Russia and Europe, should be part of our power game. Canada is in the middle of different great powers, so we have to negotiate these great pulls and pressures.

“Canada is a vassal state to the United States formally and intellectually, which does not advance us in our national interest.”

Thesis three is that if Canada survives the troubling circumstances of our time, we will actually come out as a major power ourselves. On the other hand, we may not survive and that failure could come very quickly. We could disintegrate as a country in the next five to ten years or end up a vassal state, which is our current condition. Canada is a vassal state to the United States formally and intellectually, which does not advance us in our national interest.

The fourth thesis suggests that Canada could become the centre of the world through the Arctic. It is very much an economic proposition. Right now, we have the biggest unprotected border, although closed now, with the United States, which is the biggest market in the world. Through the north, we can actually position ourselves, if we have enough imagination, as the centre of an international market of two billion people. This includes Northeast Asia, Eurasia, the former Soviet space, Northern Europe and Continental North America. There are four continents grinding atop the north on Canadian geography and so if we master the Arctic, we can make ourselves the centre of the world. We have some great advantages of geographical proximity and we can use that to facilitate regular flights through the north as well as regular cultural and economic exchange. Our imaginations must flourish. Whitehorse is closer to Shanghai than Sydney is, and Inuvik is closer to St. Petersburg than it is to Toronto.

Another thesis is for Canada to have a population of a hundred million by the end of the century. It is not that impressive if you look at it from the outside because Canada is the second biggest country in the world by landmass. Having a population of a hundred million in Canada is necessary as an economic proposition and a human energy proposition. Canada, coming out of the pandemic, is de-energized. We just do not have enough people to have the right markets, production and right infrastructure. That crisis of demography is amplified as you go further north where we need more people. The north of the country has a territory the size of the European Union but it has a population the size of Ajax, Ontario with 115,000 people. We need to populate the north and a hundred million people would be more comfortable as a demographic and economic proposition for Canada.

We also need to better control our information space. We talked about why we do not think for ourselves and that is because everything is controlled by social media today, including the Canadian media which gets filtered through social media. All the social media such as Facebook and Twitter are run out of algorithms formed in California. This means we cannot tell our own stories, muster our own vocabulary or even correct our own mistakes of public policy and administration. This is also a part of the project of thinking for ourselves.

What are the most important things we need to tackle soon to ensure the success of Canada’s future economy?

The core economic crisis in Canada coming out of the pandemic is the massive destruction of Canadian businesses. The pandemic has affected several hundred thousand Canadian businesses of all description, not just in the restaurant or tourism sector which were the jewels of Canadiana. Toronto alone had five Chinatowns, two Little Italys and two Little Indias. Manufacturing and transportation businesses were also affected. This encompasses a huge amount of Canadian capital and human capital, as well as networks and supply chains, which were all destroyed within a year. I do not want to talk about the genesis of the destruction but it is both tragicomic and historical.

Canada is not going to get out of our economic crisis simply by changing tax rules or making small investments. For instance, we cannot wait for the restaurant sector to zombie back into existence. That is not going to happen and that is not the way the logic of economics works.

Out of a calamity, we need to reimagine the next frontier in a sustainable way. There are three ideological boxes that we need to destroy in order to unleash human and economic energy in Canada. They are called the three Cs of Canadian poverty. If we overcome them, we can become prosperous and dynamic.

“We cannot allow Canadian society to settle into the low energy equilibrium of the COVID-19 lifestyle.”

The first C is COVID-19. We cannot allow Canadian society to settle into the low energy equilibrium of the COVID-19 lifestyle. Throughout the pandemic, we have been zombie-ing around and performing protocol after protocol, being highly defensive while everything disintegrates around us. Meanwhile, the dynamic countries and populations of the world have been focused on building. We are still in the COVID-19 low equilibrium. We must surmount that quickly. There cannot be a gradual exit, it has to be high energy so we can move on.

The second C we need to overcome is China. China is not a moral concept or a monster. It is the most important country of this century and the most important country coming out of the pandemic. It is the most important in all terms, starting obviously with the economy. It just so happens that it is very close to us. Canada needs an equal-to-equal partnership and relationship with China across all spheres. We must realize that this will come with its disagreements but it is a long-term proposition that we would be foolish to imagine did not exist. [00:14:26]13

The third and final C is climate change. With great respect to COP26, which is currently happening in Scotland as we record this interview: the Canadian climate change proposition should not be that our economy alone will change the profile of climate change. The major Canadian strategic and economic response to climate change should be to figure out what is happening in the world and Canada and what our sweet play should be. Objectively, our north is opening up and that is real estate that is as big as the European Union. There is nothing we can do in policy to refreeze that opening up. It is an objective fact. Open up the Arctic, master it, and we will become the masters of both our own geography and the world economically.

Who and what would you pitch to increase the competitiveness of Canada’s future economy?

For the youth, I hope this time will be extremely exciting. Open up, dream and get working. Do not let anybody zombie you to sleep. The zombie condition is death and we need energy. We need more people. Canada can and should attract the best and brightest from around the world. We still have an attractive proposition to make. Tomorrow can be very sunny for us all but that will require work. 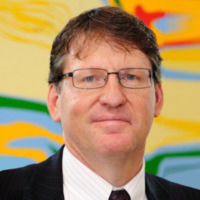 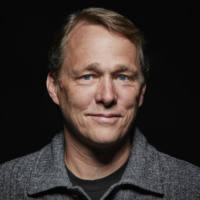 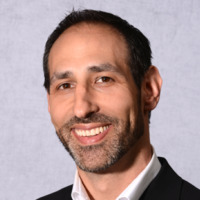 Bio: Irvin Studin is the President of the Institute for 21st Century Questions and the Editor-in-Chief of Global Brief Magazine. He is also the chair of the Worldwide Commission to Educate All Kids (Post-Pandemic). He has worked at the Privy Council Office in Ottawa and at the Department of the Prime Minister and Cabinet in Canberra, Australia. He was also a professor and program director at the School of Public Policy and Governance at the University of Toronto.

Organization Profile: The Institute for 21st Century Questions is a vision and strategy tank that aims to analyze and help provide real-life solutions to major geopolitical, political and social questions. Global Brief Magazine is an international affairs magazine, founded in 2009 and based in Toronto. The magazine is published quarterly in print and online, featuring the original works on international strategy and politics, business, science, culture and more.