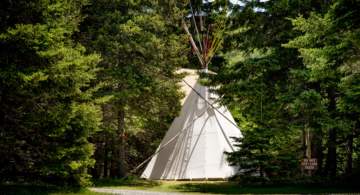 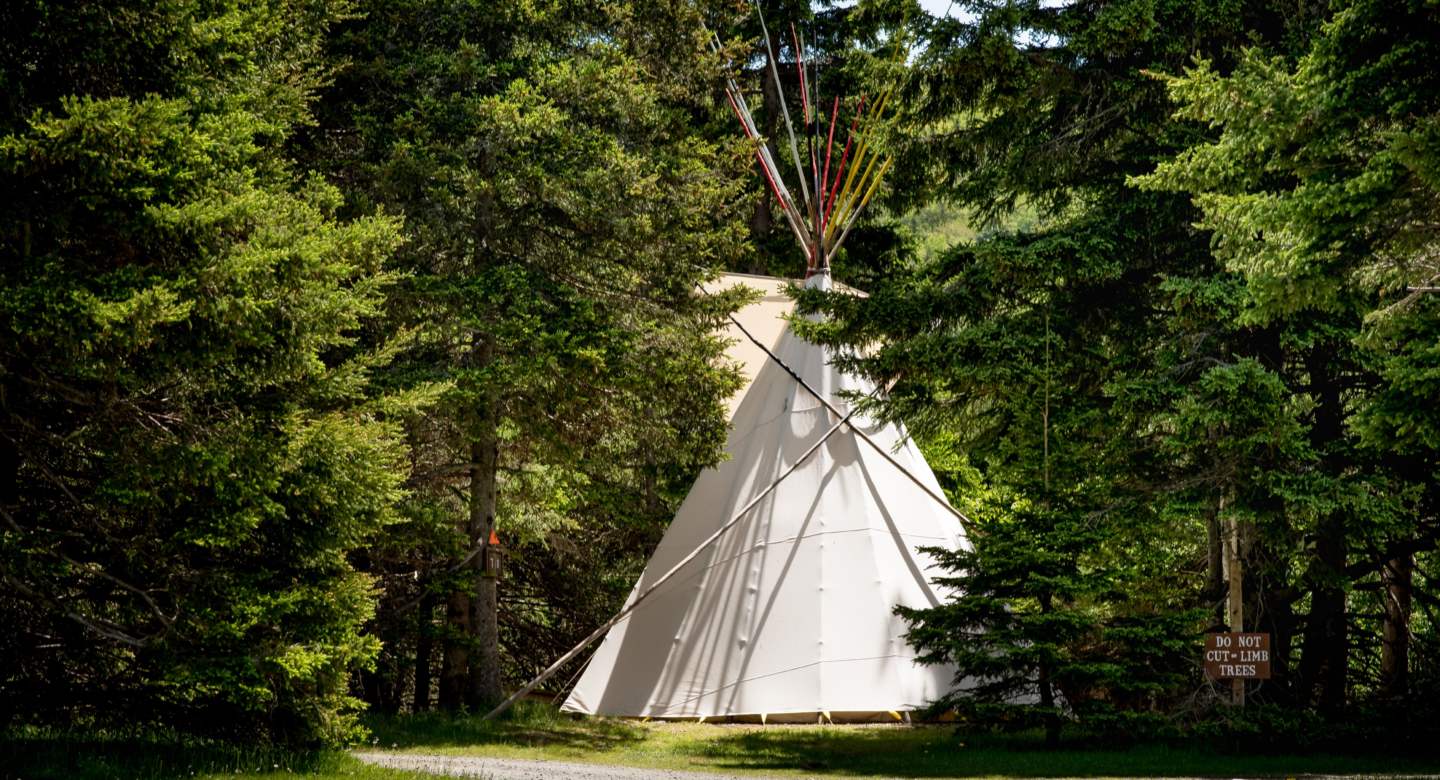 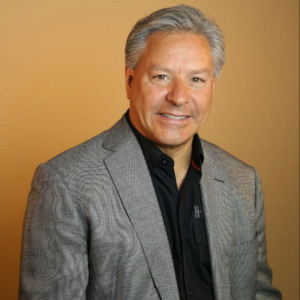 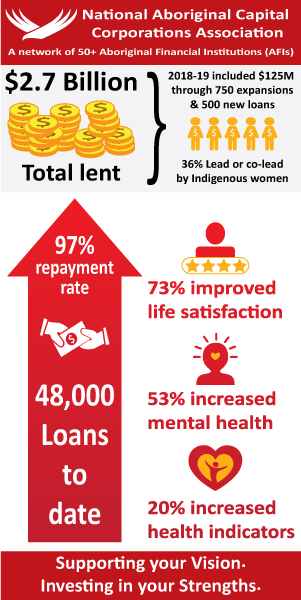 The government should encourage more home ownership among First Nations people by supporting the programs that enable home acquisition and construction, which will ultimately improve economic development.

How have Indigenous businesses and the sectors they operate in been impacted by COVID-19?

First of all, we have to recall that there are 54,000 Indigenous businesses across the country, 85% of them having less than five employees. Like all the other Canadian businesses of the same size that had to face the pandemic, Indigenous businesses also faced a number of unique challenges including remoteness, lack of adequate infrastructure, lack of reliable internet access—that is absolutely necessary to support remote working—and finally, limited financial resources.

“There are 54,000 Indigenous businesses across the country, 85% of them having less than five employees.”

So then, very quickly, the National Aboriginal Capital Corporations Association (NACCA) did an internal study within the network and found this: according to the members 95% of AFIs indicated that their existing clients would be negatively impacted; 55% indicated that these impacts would be medium to high; all sectors are likely to be impacted with a significant impact in tourism, accommodation, food services, hospitality, transportation, service and retail trade. Also, regional impacts must be anticipated in the Atlantic Provinces, [around] the fisheries, and also in the oil and gas sector in Alberta. So this is what we heard from the 59 members of the network that is NACCA.

The federal government mandated NACCA to manage a stimulus package to support Indigenous businesses worth over $300 million dollars. How will the funds be used?

At the end of March 2021, the NACCA network should have made 6,000 emergency loans, representing about $200 million in terms of value. A small part of the budget of the $307 million will be used to support some AFIs that could face additional loan losses due to COVID-19.

Is the federal stimulus program fit for purpose over the long-term? And how can it best be leveraged to support the growth of the Indigenous economy beyond COVID-19?

We are grateful for what the federal government has made for us so far. However, we think that we could do more—we should do more—and that is why NACCA recently wrote to the Minister of Finance in order to get some adjustments to the Indigenous Business Stabilization program.

“Despite this success, our budget has been cut by 70% over the years while the Royal Commission on Aboriginal Peoples (RCAP) recommended that the government increase support by 5% per year over 30 years ago.”

The network has been up to 48,000 loans so far, valued at $2.7 billion in lending over the last 35 years. Despite this success, our budget has been cut by 70% over the years while the Royal Commission on Aboriginal Peoples (RCAP) recommended that the government increase support by 5% per year over 30 years ago. So keeping this $307 million within the network, I would say, would compensate for the past cuts.

What do you see as the best channels to stimulate the growth of the Indigenous economy?

Governments, federal and provincial, and the major financial institutions, must see NACCA as an essential partner to support the economic growth of the First Nations.

“We are the best link between our entrepreneurs and the financial market.”

Recently the implementation of the Indigenous Growth Fund, [a] $160 million fund, involving NACCA, BDC, the Farm Credit Corporation and the federal government is a very good step in the right direction. Our greatest strength is that we know our communities and we know how to deal with [them]. We are the best link between our entrepreneurs and the financial market.

What type of financial tools are being developed to support the Indigenous economy and new and better ways?

In 2005, we created Aboriginal Savings Corporation of Canada (ABSCAN). ABSCAN has the capacity to issue bonds in order to raise capital in the form of loans, and those loans are reinvested into the First Nations communities that we serve.

ABSCAN is designed also to offer a very unique First Nations housing program to make housing loans adapted to the circumstances of First Nations. Loans for acquisition, construction and renovations of family residences are based on the repayment capacity and home equity value. ABSCAN is very important here; ABSCAN does not require band council’s guarantees unlike Canadian banking institutions.

ABSCAN and partners, including among others social finance, with the McConnell Foundation, Casgrain Group, that is based in Montreal, Indigenous Services Canada and the Canada Mortgage Housing Corporation (CMHC), are putting forward a proposal to revitalize and transform Indigenous housing. It is designed to replicate and accelerate a proven sustainable and fiscally responsible model with shared personal lender market and government responsibility housing outcomes.

“ABSCAN made close to 200 loans valued at $47 million in seven communities with no losses and no arears since the inception.”

So far, ABSCAN has made 28 bond issues representing $44 million capital raised. On the other side, ABSCAN made close to 200 loans valued at $47 million in seven communities with no losses and no arears since the inception. We have proved that First Nations is an excellent market as long as you know this market well and have the right tools to serve it—and this is precisely our strength.

Looking forward, what must be done to go from speaking about Indigenous economic reconciliation to actually taking steps to achieve it?

So about economic reconciliation, we have been talking a lot about that over the last years, but I hope that we will go from philosophy to practical things eventually.

“Closing the socioeconomic gaps between Indigenous and non-Indigenous people in Canada could lead to a $27.7 billion annual contribution to the Canadian growth [domestic] product.”

In my mind, one of the best definitions of the economic reconciliation was given by the National Indigenous Economic Development Board (NIEDB) in a report that was published in December 2019.

The report turns around four key recommendations based on common themes and issues raised during the three forums. The first one is procurement. We have been talking for a long time about procurement and I hope that this will come true one of these days. [We need] procurement to provide sufficient funding to implement a national strategy that will allow Indigenous businesses to benefit from the procurement opportunities.

By the way, NACCA, actually, is working with our stakeholders, including Indigenous national organizations, such as the Canadian Council for Aboriginal Business (CCAB) [and] Cando. We are working with government as well, Indigenous Services Canada, in order to implement measures that will allow the entrepreneurs to access the procurement strategy. Also, down the road, we would like to—as an end result—we would like to come up with a national Indigenous businesses directory that could be very helpful for all federal and even the provincial departments.

The second recommendation—it is not a surprise—talked about access to capital. So the recommendations of the national board is to strengthen the proven AFI network—keeping in mind NACCA and its 59 members across the country; a network that was implemented 30 years ago and a network that is still working, [which] proves that it has been a success story since the inception.

The third recommendation deals with the capacity development, so the support strategy to increase Indigenous participation in business training and certification. So otherwise said, to train the future business leaders that will take care of the economic development and the economic growth of the First Nations.

And finally, wealth sharing—said so many times—to focus on the strategies and innovative options to increase equity positions and involvement of Indigenous people in the development of the natural resources across the country.

Closing the socioeconomic gaps between Indigenous and non-Indigenous people in Canada could lead to a $27.7 billion annual contribution to the Canadian growth [domestic] product.

If you could pitch a person or a group with the power to influence the Indigenous economy, who would you pitch and what would be your message?

First of all, I would encourage government to change the housing pattern. I think that we should encourage much more home ownership and we used to say that when construction is doing good, the economy is doing good at the same time. And so I think that maybe we should support some programs that will encourage Aboriginal people really to become owners of their home, and so this could stimulate the construction and so that this could stimulate the economic development as well.

As I mentioned, with ABSCAN, we have a model. We have something to offer in this area. 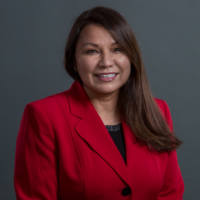 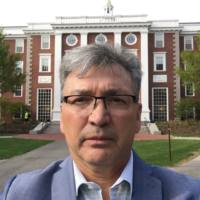 Bio: Jean Vincent is the President and Chief Executive Officer of Société de crédit commercial autochtone (SOCCA). He holds a bachelor’s degree in Business Administration with a major in Accounting and is qualified as a Chartered Professional Accountant (FCPA, FCA) and Certified Aboriginal Financial Manager (CAFM). Mr. Vincent is a member of the Huron-wendat Nation.

Organization Profile: Société de crédit commercial autochtone (SOCCA) is a non-profit corporation that offers financing products and services in the form of non-repayable contributions, term loans and coaching to start, acquire or expand Aboriginal businesses. Its mission is to offer advice and adapted financial services meeting the needs and expectations of First Nations of Quebec and the Native Alliance of Quebec and their members.