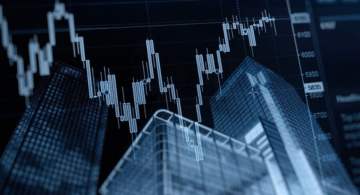 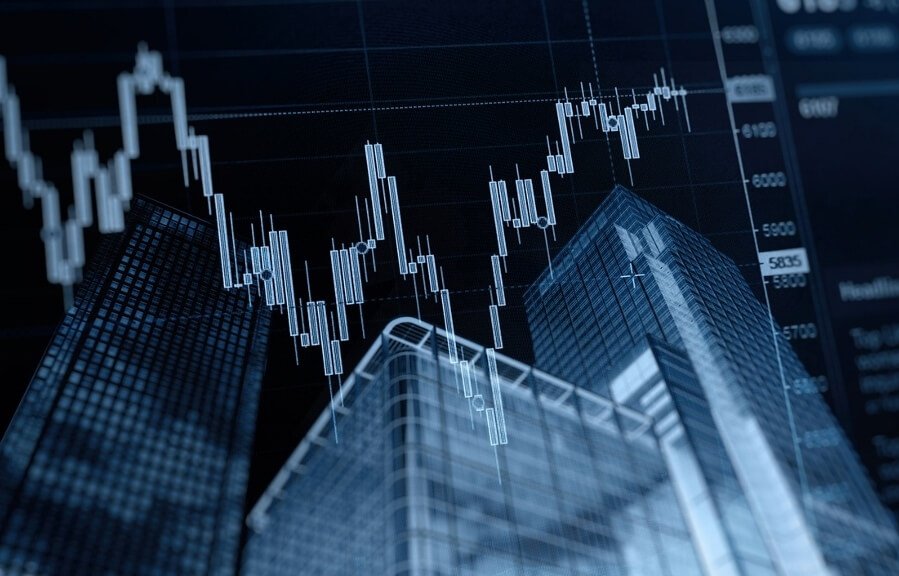 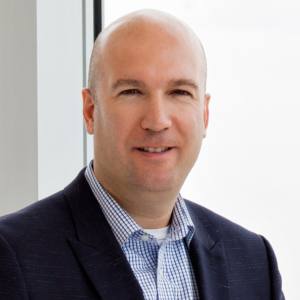 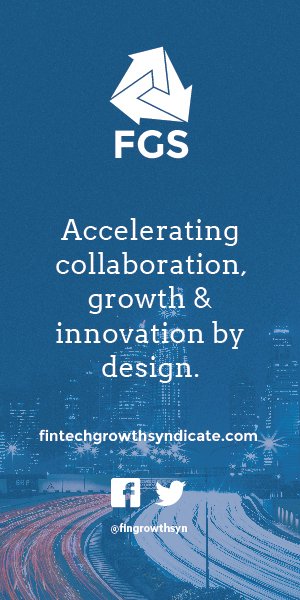 A successful FinTech ecosystem is dependent on the right regulations. The federal government has expressed its will to support Canada’s FinTech sector but it must now translate that desire into public policy.

What is the dynamic between Canada’s conventional financial sector and emerging FinTechs?

Canadian discourse around the emergence of FinTech has changed quite a bit over the last five to seven years. When FinTech started to emerge, it was thought that FinTechs would eat the banks’ lunch, disrupt everything and take over financial services. The initial reaction from the incumbents was perhaps to look at FinTechs as direct competitors and find ways to mitigate their entry into the marketplace. Now, this initial position has changed quite a bit; the financial service incumbents see FinTechs more and more as potential partners.

“The relationship between financial institutions and FinTechs has changed from a predatory one to a symbiotic one. FinTechs are now seen as complementary to FIs because they are more agile, nimble and rapid.”

Indeed, the FinTechs that have succeeded in gaining market share and traction are often those that have partnered up with traditional financial institutions (FIs). It is hard for a FinTech, especially in the business to consumer (B2C) space, to reach a critical mass of consumers without having a distribution network that can lower the Customer Acquisition Cost. It is also not easy for FinTechs to get market penetration and consumer confidence. In Canada, traditional FIs enjoy a lot of sympathy and brand recognition from the public, so it can be tough for FinTechs to get market share without their help. So, the relationship between FIs and FinTechs has changed from a predatory one to a symbiotic one. FinTechs are now seen as complementary to FIs because they are more agile, nimble and rapid. 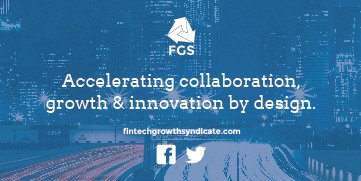 How developed is Canada’s FinTech ecosystem and how competitive is it on the global stage?

When we launched the Canada FinTech Forum in 2013, it was the beginning of the FinTech discussion in the country. Since then, we have seen the rapid expansion of FinTech startups. By our estimates, Canada is close to having 600 FinTechs and almost all of them have started up over the last five to seven years.

Since the first Canada FinTech Forum five years ago, the event’s goal has always been to grow the Canadian FinTech voice through a yearly international event that would gather game changers, FinTech innovators and thought leaders – not only from Canada but from around the world.We bring these leading minds together to see the big trends that are affecting the way the business is evolving. This generates business opportunities for FinTechs and FIs to meet and showcase interactive financial technologies that people can try out on the spot. The Forum is therefore an economic development tool that also acts as a promotional tool for Montreal and Canada’s FinTech scene.

“Canada is close to having 600 FinTechs and almost all of them have started up over the last five to seven years.”

The event has grown from about 200 attendees in 2013 to between 2,000 and 2,500 this year. That first year we had 12 speakers and this year we’ll be featuring over 120 speakers, including Dr. Janet L. Yellen, former Chair of the Board of Governors of the Federal Reserve System. So the growth has been phenomenal. The same exponential growth has been seen in the Start-up Pitch Contest, which we created three years ago. This year we’re offering $230,000 in prizes in either cash or investment propositions – up from $20,000 last year. Applications to pitch have also increased significantly. The event will have over 50 exhibitors as well as an interactive financial technology zone, Braindates, FinTech Alley where 15 start-ups will be featured.

With all of this we think that we have put together an event that really positions Montreal and Canada in the global circuit of major FinTech conferences. It also plants our flag and shows the international FinTech community that Canada and its companies are very active.

From a global standpoint, Canada is a latecomer to the FinTech revolution. There are regions in the world that have had a more proactive approach. Just south of the border, the United States has seen a number of unicorns emerge in verticals like payments, alternative lending and blockchain. Switzerland is proactive on the blockchain and cryptocurrency front, and is open from a regulatory standpoint. In fact, Malta, Estonia and Asian countries are open as well. EY’s global FinTech adoption rate study ranks China and India on top of the list of regions for consumers who have used two or more FinTech services. So, at the consumer level, the rate of adoption of FinTech solutions is higher in other regions of the world.

If you had to start a company in FinTech right now, which vertical would you dive into? Which financial services segment is ripe for disruption?

In general, Canada has a comparative advantage in artificial intelligence, and AI is in high demand in the financial services sector. Natural language processing, voice-to-text and chatbot technologies are appealing to banks and insurance companies for client servicing. Automation of processes in financial institutions’ middle and back offices, which need big data analysis, could also be a promising area. Having said that, I would be cautious of pushing only AI as our FinTech strategy. We should continue to develop AI for FinTech applications but we should not do it at the detriment of other sectors in which champions could emerge as well. In the end, it is for the market to decide.

“FinTech can democratize access to financial services by lowering their cost and improving their convenience.”

In terms of starting my own company, I would perhaps choose insurance and insurtech. It is a traditional business and will be disrupted significantly by connected objects, the Internet of Things and the Internet of Everything. Nowadays, we have chips in our cars, we have sensors in our homes, we even have Fitbits on ourselves. All these devices provide data, which can be sent back to the insurance company and be used by the carrier to price risk. The insurance industry is moving from a traditional model where risk used to be mutualized, to one where we can risk each individual person.

In Canada, we do not have enough insurtech startups to meet demand. There are also some regulatory changes that have opened up opportunities for insurtech.  Quebec’s Bill 141, which was adopted last summer, introduced the sale of insurance policies over the internet without human advice. A firm would need to take steps to ensure its representatives interact with customers requiring interaction, and make known that representatives are available to help, but most of the process could be done just via a website and a chatbot. So, this changes the way that insurance is being distributed and sold.

What should be adapted policy-wise to make Canada’s financial ecosystem more open for FinTechs?

A lot of the required changes have to do with government action. Without government policy, you cannot implement open banking, GDPR and other measures.

This summer, the Office of the Controller of the Currency in the United States issued a special national FinTech charter that would allow FinTechs to apply for special purpose national bank charters and operate in the same way banks do. It is a regulatory position that conveys the desire for new players and innovation in the banking space. But this was a policy that took a stand and then put out the right tools for this vision to be implemented. The Government of Canada, in its last federal budget, also expressed the will to consider open banking and formed a national committee for it. This initiative by the federal government will certainly help in stimulating innovation, once it is translated into policy. Supporting the FinTech and financial services ecosystem requires favourable government policies.

What is your vision for the future of the Canadian financial sector?

I am optimistic. We have the right tools in place, whether it is talent, technology or the recognition that we need to change. Financial services are going to become more and more ubiquitous and entail more interaction with sophisticated and personalized tools. I see a lot of partnerships between FinTechs, FIs and academia, with more use of big data and higher efficiency. Canada will probably move towards open banking at some point but there is a silver lining in being a late comer to the open banking phenomenon because there are some mistakes that we can avoid. If you think the financial services landscape has changed over the last 5 to 10 years, you have not seen anything yet.

“Financial services are going to become more and more ubiquitous and entail more interaction with sophisticated and personalized tools.”

The FinTech evolution can be great for Canadians, depending on what we want to use this technology for. FinTech can democratize access to financial services by lowering their cost and improving their convenience. It can provide access to different asset classes and different types of investments that have usually been reserved for high net worth or institutional investors. It can provide individual risk profiling and tailored products that are better suited to consumers’ needs. Ultimately, all this is good for consumers, businesses and the nation as a whole. So Canada needs to innovate on this front in order to compete in the global financial space. 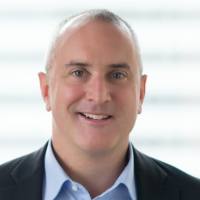 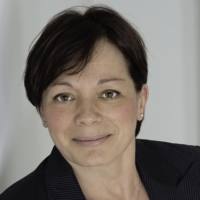 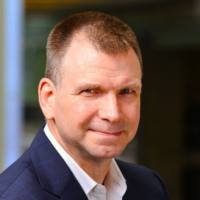 Matthieu Cardinal has 15 years of experience in investor relations and financial communications. He currently heads Finance Montréal’s FinTech Development unit and works to develop Montreal’s FinTech scene locally and internationally. He manages the Montreal FinTech Station and is Co-President of the Canada FinTech Forum organizing committee. He is also responsible for Finance Montréal’s corporate development strategy and its institutional member relations. He started his career as an economic researcher in the financial media industry and also worked in investor relations.

Finance Montréal was created to develop and promote Québec’s financial services industry. The organization works to enhance Montréal’s reputation as world-class financial hub. It fosters cooperation among a vast range of institutions to stimulate the industry’s growth while raising local and international awareness of the financial specializations found in Montréal.