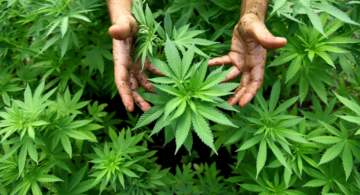 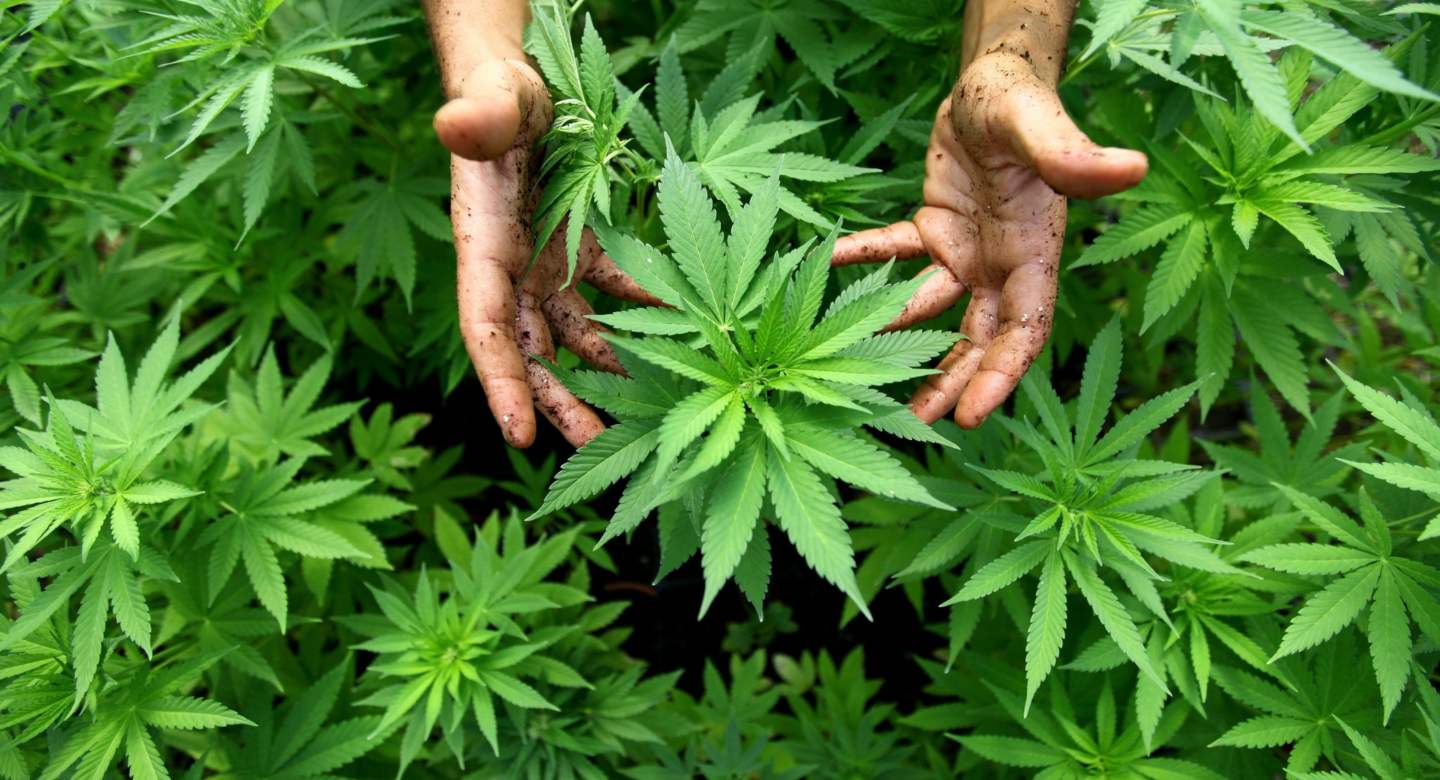 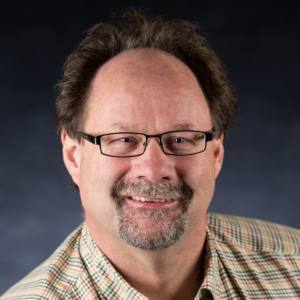 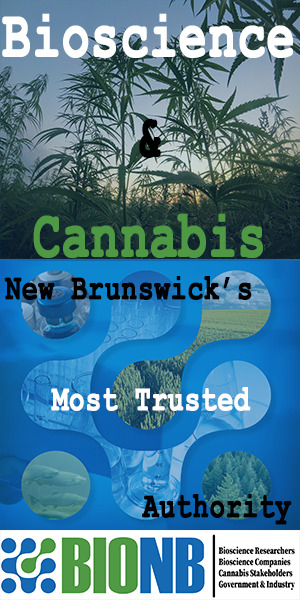 The Premier of New Brunswick and government need to align themselves with industry and academia to take advantage of the $2 billion cannabis and hemp opportunity. The growth opportunity the cannabis sector represents right now is very large and New Brunswick needs to move fast to capture the market.

What opportunities do you see the legalization of cannabis unlocking for Canada?

Cannabis has had a long history of bringing economic and strategic value to humans and it became outlawed in the western world only about a century ago. Many of the value-added cannabis products were then replaced by fossil fuel-based products or other types of synthetics.

The new cannabis economy in Canada could unlock a hybrid industry because it touches a variety of different sectors like agriculture, health and manufacturing.In order to realize the potential of this new economy, we need to have an innovation program specifically dedicated to cannabis. It would have to include both psychoactive and non-psychoactive components as well as industrial hemp. I think New Brunswick and the Atlantic Provinces are a good region to pilot this kind of streamlined program. Even though we are less than a year into legalization, we have already seen interest from businesses in a few different areas. Big data, value added biomass, and different cannabinoids are the top three areas that are attracting entrepreneurs.

“The new cannabis economy in Canada could unlock a hybrid industry because it touches a variety of different sectors like agriculture, health and manufacturing.” 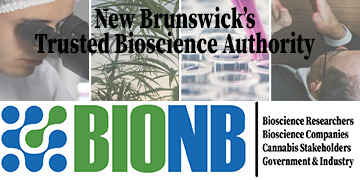 What are the biggest challenges the cannabis industry is currently facing?

One of the biggest challenges that we are facing right now is around the issuance of research licenses. Getting a cannabis research license is extremely difficult even if you are an academic. Licensing decisions fall under the purview of Health Canada, which has a large backlog at the moment.

The government may be a little confused around the categorization of cannabis. Does it fall under agriculture, health, industrial applications, or all of the above? I think it really depends on which aspect of cannabis one is focusing on. If we are talking about using genomics for growing cannabis, then it would fall under agriculture. If we are talking about CBD on the medical side, then it would clearly be under health. But the government needs to clearly define and categorize all this.

“There are opportunities for growth and investment all along the pipeline and in all provinces, including New Brunswick, and we will need technological innovation to keep up with the demand.”

The current state of the industry is highly disorganized due to a lot of different people and organizations having jumped into the fray without a good understanding of what will work and what will not. Many provinces clearly joined the cannabis club, but started having supply problems. It is very difficult to deliver to a high demand if you have never produced at that scale before. So, we need to learn a lot more about cannabis agriculture: growing, harvesting, extracting and delivering it. There are opportunities for growth and investment all along the pipeline and in all provinces, including New Brunswick, and we will need technological innovation to keep up with the demand.

What are New Brunswick’s competitive advantages when it comes to seizing the cannabis opportunity?

The New Brunswick economy has performed below average compared to Canada’s other provinces for a number of years now. So, the provincial government is looking for all kinds of opportunities to kickstart the economy, and I think cannabis has the potential to do so. Just to give you an example of scale, one of the licensed producers that has moved into the Moncton area of New Brunswick has hired about 1,000 employees in just over a year.

One of New Brunswick’s advantages is its size–the province is small with about 750,000 people, so everybody knows everybody in the New Brunswick cannabis sector, even if they are from different fields. That allows a lot of key players to be nimble and work together. If we move fast, New Brunswick can be a strong testing ground for Canada as a whole.

Since cannabis is a brand-new industry, all jurisdictions across Canada are trying to enter it, so no province is ahead of the rest. It is a level playing field in that sense. The New Brunswick provincial government is very invested in cannabis and the opportunity it presents to the province. One of UNB’s economists has said that cannabis has the potential to have a similar effect on the province as the potato sector had decades ago. Moreover, New Brunswick has a lot of underutilized agricultural land, which could be used for outdoor cannabis growing.

Which cannabis research areas do you think have the most potential in shaping the industry?

Essentially, when people think of cannabis, they are thinking of cannabidiol (CBD) or tetrahydrocannabinol (THC), which form the medical or recreational side. These compounds are only found in the cannabis plant’s flower and we should explore how we could add value through the rest of its components. One of the large, untapped areas within cannabis is its biomass capacity. There is a large opportunity in finding ways to use the biomass associated with the cannabis plant to its maximum capacity rather than simply throwing it away.Hemp has been used in the rope industry for a long time, so we know that the plant’s fibres could be very valuable in the creation of new materials. For instance, some research has found that hemp fibres could be used for strengthening other additive materials like metals. Cannabis presents many varied bioeconomy opportunities, whether that is using the biomass for energy generation, synthetic manufacturing or the development of new materials.

“One of the large, untapped areas within cannabis is its biomass capacity. There is a large opportunity in finding ways to use the biomass associated with the cannabis plant to its maximum capacity rather than simply throwing it away.”

I also think there is a huge potential for genomics, that is, plant development. Because of the availability of land in Canada, the future of Canadian cannabis is in outdoor growing. There are a lot of opportunities to apply advanced genomics to discover and develop a cannabis strain that grows best in the Canadian climate.Genomics could also be used to provide strains that increase the production of cannabinoids other than CBD or THC. New Brunswick has been one of the leaders in the global potato industry by developing different strains of potato plants, such as drought resistant and insect resistant ones. So, we could leverage our expertise in genomics to develop new strains of cannabis as well.

We often overlook another kind of cannabis research, which is in the social sciences. With the opening up of access to both medical and recreation cannabis, there are still a lot of unknowns around the social consequences of cannabis legalization. Social scientists can help shape social and legal policies in New Brunswick and Canada to manage the progress of the cannabis industry in a socially healthy way.

How do you see the legalization of cannabis in the US and other jurisdictions in relation to Canada’s competitive position in the cannabis economy?

Since Washington, Colorado and other American states legalized cannabis a while ago, we have an opportunity to learn from their experience. The Canadian cannabis industry should not reinvent the wheel and make the same mistakes all over again. Many organizations that I have been involved with are in touch with their contemporaries across the border and are interested in learning from them and working together.

A large delegation from New Brunswick is also in touch with the cannabis industry in the Netherlands and is in the process of forming a partnership with them. The Dutch have been extremely open with sharing information and their learnings. There are a lot of unique Canadian learnings that they are also interested in adopting. We have also signed a formal agreement with The Hebrew University in Jerusalem to work collaboratively on cannabis research. 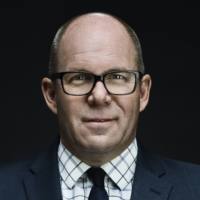 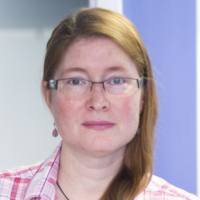 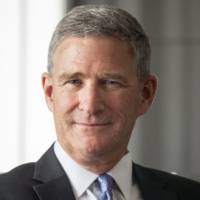 Dr. David MaGee is the Vice-President, Research at the University of New Brunswick. Prior to this role he was dean of science on the Fredericton campus and a professor and chair of the chemistry department, where hedeveloped new and simpler ways to make biologically interesting and structurally challenging natural products. Dr. MaGee has taken part in a number of research collaborations with a variety of partners from government, industry, and academic sectors.

The University of New Brunswick (UNB) is Canada’s oldest English-language university and one of the first public universities established in North America. Founded in 1785, the multi-campus institution is home to over 60 research centres and institutes, groups and on-going projects. As the largest research institution in New Brunswick, UNB conducts more than 70% of the province’s university research.