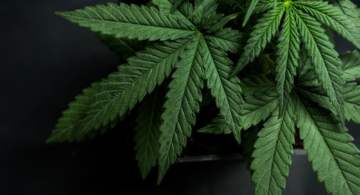 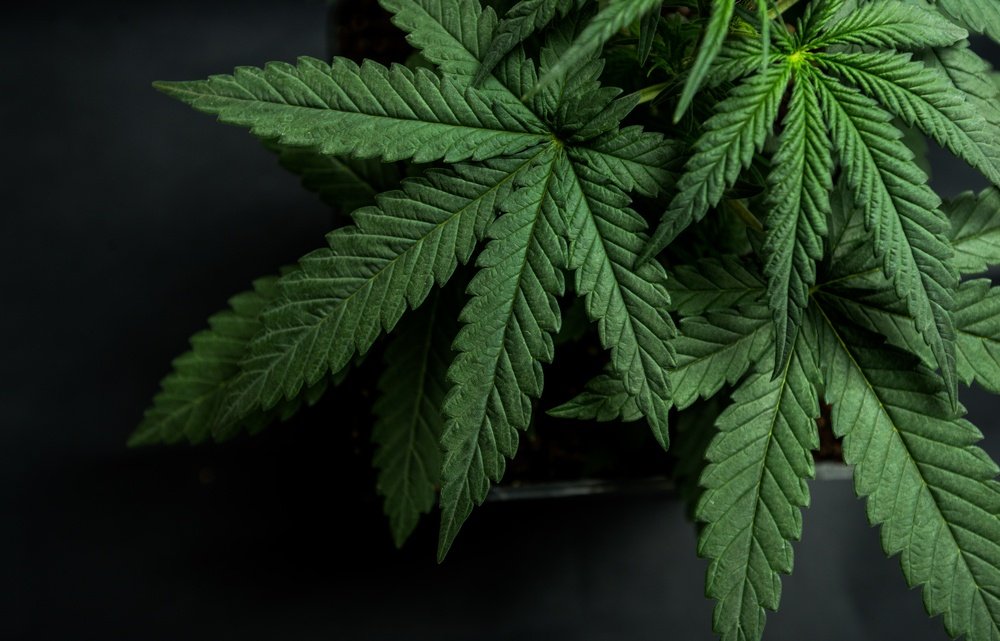 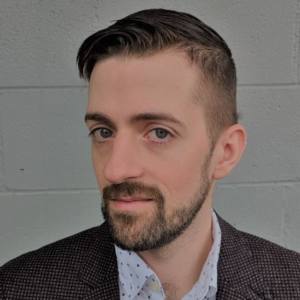 The cannabis sector needs federal leadership to transform into an industry. The federal government must reach out to other levels of government, the private sector and black market players in order to reach a consensus on how to leverage legalization for economic growth.

Why do you think cannabis is important to Canada’s economy?

As a British Columbian and a French-Canadian, I know the importance of cannabis for the Canadian economy on a very fundamental level. In large parts of Canada, cannabis has sustained communities through industrial changes. If you go to a town  like Port Hardy, British Columbia and talk to the local officials, you will find that easily more than a third of their economy is cannabis-based. This has been the case for 30 to 40 years, and the cannabis industry, which is dominated by the black market, is estimated to be worth $6 to 12 billion in Canada.

Cannabis is an existing industry, so its legalization and growth needs to tackle that reality. If you believe that every single person involved in the black market should be put out of business and never be allowed to cultivate cannabis again, you will leave 40,000 people unemployed.Cannabis was important for the Canadian economy even before legalization, so we must seize the opportunity to build a successful industry up from this strong foundation. R&D on processed cannabis like hemp oil could open up massive economic opportunities. Similarly, recreational cannabis, cannabis tourism, cultivation and processing have the potential to become large industries and generate significant employment.

“If you believe that every single person involved in the black market should be put out of business and never be allowed to cultivate cannabis again, you will leave 40,000 people unemployed.”

In my opinion, the three primary sectors of the cannabis economy are medical, recreational and hemp. The medical cannabis market will evolve and grow the most in the next 20 years.There is promising research on the use of cannabis during seizure disorders, in fighting cancer, and in treating anxiety and PTSD. Once the pharmaceutical industry starts tapping into medical cannabis, there will be no looking back. The second category is the recreational sector, which is no different than growing hops for craft beer. It could include companies of all sizes, just like the craft beer industry. Finally, the hemp market caters to both biomass and CBD extraction applications. Although hemp is genetically identical to cannabis, it is grown, handled and licensed differently.

How competitive has Canada’s cannabis industry become since legalization?

Unfortunately, despite being a world leader, Canada has squandered the opportunity to make a global splash in cannabis.Israel has much more restrictive cannabis regulations than us; it only allows the use of cannabis under strict medical supervision. But they have been much more successful with their R&D and medical research on cannabis. Similarly, the quality of recreational cannabis sold legally in Canada does not match what is sold on the black market here, or the cannabis sold legally in Colorado or Washington.

Cannabis is really hard to grow at scale and the current Canadian license holders have not been successful at scaling while maintaining quality.For every single company that grows decent cannabis, there are five that either amount to multimillion-dollar pump and dump scams or will simply never deliver. So, Canada has been experiencing endemic shortages of high quality and mid-tier cannabis in the legal market. Alberta had to shut down its licensing program, Ontario switched to a ridiculous lottery, Quebec has faced some store closures and New Brunswick, Nova Scotia and Newfoundland are in the same boat. British Columbia has only licensed 10 stores although it is the highest per capita cannabis using region in Canada.

“Unfortunately, despite being a world leader, Canada has squandered the opportunity to make a global splash in cannabis.”

Canadian regulators let medical cannabis producers switch to recreational cannabis, which failed both patients and recreational users. Health Canada over-regulated licensing and grudgingly agreed to micro licensing. As a result, black market players have no place in the legal system and are continuing to sell illegally, which is causing chaos and confusion.

What is the root cause of the significant challenges the cannabis industry is currently facing?

Cannabis legalization was promised because it was broadly popular with liberal voters in 2015. Once the Liberal Government came into power, it received pushback on cannabis legalization. So, it was left with a promise that it did not want to deliver on. Consequently, the federal government did not promote cannabis legalization as a social good. It reluctantly came up with secondary goals like youth protection and the destruction of the black market. But, fundamentally, the average person voted for legalization because he wanted to be able to smoke a joint on the beach legally.

Provincial governments are so afraid of cannabis as a political topic that they would prefer to kick this football back to Ottawa instead of coming up with their own cannabis strategy. As a result, provincial distribution boards across the country have built up hundreds, thousands, millions of dollars in assets and hired unionized employees for distribution centers that have no cannabis in them.

“There is a national failure to have a cogent conversation around cannabis legalization and strategy. It does not matter if we aim to “protect the youth” if all the legal retailers go out of business and only drug dealers are left in the playground.”

At the municipal level, governments are not willing to do anything on the zoning front. So, cannabis projects across this country are stalled because the local government does not want production or retail to be located there. They feel left behind in the legalization process and do not think they will receive cannabis tax revenues, while having to incur enforcement costs. There is a national failure to have a cogent conversation around cannabis legalization and strategy. It does not matter if we aim to “protect the youth” if all the legal retailers go out of business and only drug dealers are left in the playground.So, there is no leadership on cannabis because it is an orphan file. No one wants to touch it because it was promised by accident by people who did not think through the ramifications.

How can we start resolving some of these challenges in order to build the Canadian cannabis industry of the future?

First, the government needs to support micro-licensing, land use applications, and loan approvals for cannabis entrepreneurs.Right now, if I want to get a license, I need to build my facility first and to do that, I need to get a loan. But, I am required to have a license in order to get a loan. There are hundreds, if not thousands, of entrepreneurs in British Columbia with money in their pockets, with buildings designed, with high-demand cannabis ready to be sold, but the government needs to figure out its strategy. Many Canadians are starting to feel like legalization has led to a huge corporate takeover, which is stealing their jobs and culture.Cannabis prices for sub-par quality in the legal system are five times what you would find on the black market. There also has to be a way to integrate the black market into the legal system, which was the fundamental purpose of legalization. Professionals in the black market have years of expertise in the cannabis industry and we need to leverage their knowledge to meet consumer demand.

“There also has to be a way to integrate the black market into the legal system, which was the fundamental purpose of legalization.”

Secondly, the cannabis industry is looking for professional services and is willing to pay for them. The insurance industry reached out to the cannabis industry even before federal legalization was complete. It offered to insure personal medical home growers in order to start learning about the risk profile of cannabis. It learned that there is not really much risk involved in growing cannabis. So, ironically, the insurance industry in British Columbia is by far the most connected to the cannabis industry of any of the financial services providers. I would love to see the banking sectors swing back and take a pass at micro loans in cannabis because I guarantee you, they will make a hundredfold back on their investment.

How would you gauge the Canadian cannabis industry’s investment opportunities?

In one word, misdirected. There is an enormous appetite to invest in cannabis. However, there are very few companies that have gone to market, and since they went to market under an old regulatory regime, they are ill-equipped to meet current consumer demand. I do not think many of these companies will still be here in five years.

Secondly, there are so few publicly traded companies that are getting good reviews on the quality of the products they produce. Mid-sized producers like Supreme Farms are among the few highly rated Canadian cannabis companies. Market penetration and retail is very low, so it is difficult to understand who is producing and selling at scale in the legal market.

How do you think the cannabis industry will evolve in the future?

Canada has a robust domestic consumer industry for cannabis. So, the idea is to try to meet demand domestically. If cannabis becomes an international commodity, the bulk of its production will move to Central and South America, Equatorial Africa and Southeast Asia, where it will probably be processed into oils.Cannabis oils will help the globalization of the cannabis supply chain because they retain their flavour for a long time and could thus, be exported all around the world. So, all the big producers will move to tropical regions and Canadian production will shift to small producers serving the local market, similar to craft beer.

“If cannabis becomes an international commodity, the bulk of its production will move to Central and South America, Equatorial Africa and Southeast Asia, where it will probably be processed into oils.”

However, it will take a long time before international regulators allow cannabis to be shipped freely across borders. Many are blocking cannabis deregulation at the World Health Organization (WHO) and other international agencies. 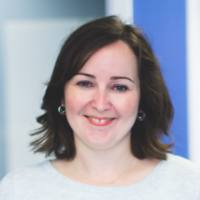 Ian Dawkins is a Director of the British Columbia Micro License Association (BCMLA). He is dedicated to ensuring small and medium-sized cannabis businesses are able to participate in a free and fair legal cannabis marketplace. Dawkins was also the first Executive Director of the Cannabis Growers of Canada (CGC) and co-foundedAlthing Consulting, a cannabis consulting firm.